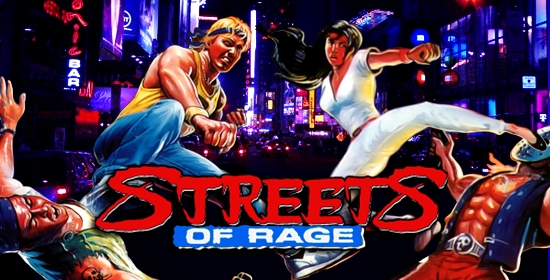 As we play video games in the current age of reboots, revisions and remasters, developers are always looking to revive vintage franchises that may have been lost in the annals of time for both hardened fans who can wax poetic of the classics, and the new generation of potential fans.

Now, one such franchise that has been silent for quite some time is the brilliant beat ‘em up known to many as Streets of Rage. Made famous for providing an exclusive arcade-style action game for the Sega Genesis/Mega Drive with some of the best VG soundtracks created by famed music director Yuzo Koshiro, it would be a series of games that served as a vantage point for Sega in the console wars of the early ‘90s. Sadly, the last Streets of Rage game that was released was Streets of Rage 3 which was more than eighteen years ago, and that’s not counting the debacle that became Fighting Force. However, one developer did not forget and wanted to revive this bare knuckle brawler.

Enter Ruffian Games, best known for their sequel to the skill-for-killing Crackdown 2, and their ultimate pitch: Revive Streets of Rage. Over the course of six to eight weeks with a small group to pitch their efforts, Ruffian produced a 3D prototype of what could’ve been a digitial distributed rendition of the SoR remake. The video below reveals the initial concept for all its worth:
[youtube id=”JtOIdgP7U44″ width=”600″ height=”338″]

While it is quite clear that Ruffian aimed to keep a lot of the signature elements from the classic games in tact (designs of the enemies, the bizarre “Pine Pot” locale, smashing telephone booths for weapons, etc.) the combat appears to be more dynamic and in line with Sleeping Dogs in style. While the music is definitely not from Yuzo Koshiro by any means, it could have been merely placeholder music if that were the case. Beyond it seeming a bit shallow to some degree, it was an extremely early build, so it’s hard to be hypocritical because of such.

Now as you can imagine, this was a pitch and the likelihood of something like this being greenlit was dangerously low. However, it shows that there are those who are eager to see Axel and Blaze hit the streets again to deliver justice by any means necessary, but it’s up to Sega to say so.