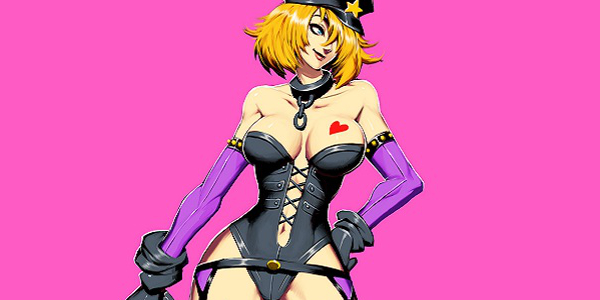 Double Dragon has one of my favorite openings in games:  A babe stands alone in a street and a gang approaches her; a dude steps forward from the gang and he punches the babe straight in the gut. He then hoists her over his shoulder, turns, and walks off with the gang. The garage door of the residence in the background opens, and 1P emerges. He has a Camero by his side, but ignores it. He’s taking this to the streets. Everyone on the street. You’re Billy Lee, and some dudes just took your girl, and you’re going to beat the shit out of everyone that gets in your way until you get her back. It’s this single mindedness and lack of exposition that makes the opening so damn great. It doesn’t matter why they took her–they just took her! And so starts Double Dragon.

WayForward Technologies, who have a history of updating existing franchises (BloodRayne: Betrayal, A Boy and His Blob, Batman: The Brave and the Bold and Contra 4), is well aware of how iconic the opening is for Double Dragon, and they wisely leave it alone in their reboot of the venerable beat’em series, Double Dragon Neon. What they did add is a heaping of 80s references–or nostalgia, if you’re old enough to remember playing Double Dragon in the arcade. Imagine hair picks, Crystal Pepsi, and a boss that behaves like Skeletor would if he had a role in Big Trouble in Little China, and you’ll start to get an idea of the well WayForward’s been drinking from. 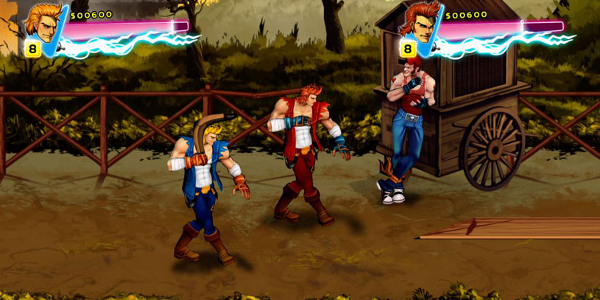 Double Dragon Neon (hereafter DDN) starts with the aforementioned opening and doesn’t mess with the mission theme that follows, and then proceeds to bro-out as Billy and Jimmy Lee (if you’re playing co-op) start busting heads with an expanded repertoire of moves from its 25 year old kin. Along with your standard light and heavy attacks, the twin bros can learn additional moves by collecting mix-tapes, which posses mystical powers that imbue the listener with attacks such as the one-inch punch and healing touch; or, stances that boost your stats. They’re 20 tapes in all, ten attacks and ten stances, and they can be upgraded to give the twins a chance on the more punishing difficulties, because what exalts confidence more than a kick-ass mix-tape?

Ten stages must be conquered before you can save Marion from her captor, Skullmageddon, and that’s double the amount of the arcade version. The adventure will last a few hours, and a little less if playing through with a friend. The original five stages are all reworked and the new stages are integrated, well, absurdly, and you’ll find yourself in space (where Billy notes he should hold his breath–good idea), some kind of lab, and a haunted forest–the best type of forest. Classic enemies like whip-smart Linda and fan favorite Abobo will confront you, along with new baddies like ninjas and zombies, which are as generic as they sound. A wide range of bosses await you as well, like an Expensive Experimental Giant Tank and a Plant Carnivore with pods that house shark and dinosaur heads.  Why not, right? The ability to both duck and dodge have been added to help combat these foes, and a well timed evasive maneuver will cause you to Gleam, which boosts attack damage for a limited time. Mastering the defensive moves is essential to completing all ten stages since the old strategies for finishing the original Double Dragon–luring enemies into pits and hanging them up on obstacles–aren’t nearly as effective in DDN, though you’ll still get the chance to knock Abobo off a conveyor belt. 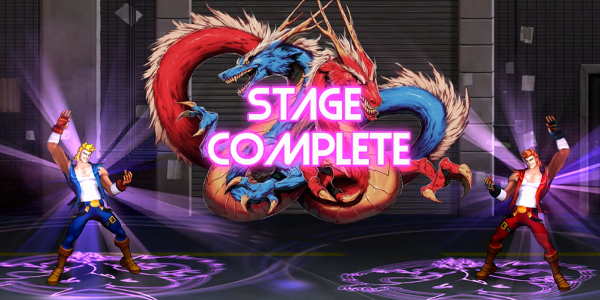 Speaking of changes, Double Dragon purists may be a bit irked about what’s missing. They’re certain attacks you would expect to see in a Double Dragon game, like the grab-and-knee, headbutt, and back-attacks, none of which are in DDN. The mix-tapes partially make up for it, but the omissions are still notable. Also, I’ve always admired the stage progression of Double Dragon, with each mission stitched together to give the game a continuing sense of progression; DDN reverts to a world map after stage completion, which does allow you to backtrack and replay stages to visit shops and tapesmiths, but it also negates the cohesiveness found in the arcade version.

Overall, there’s a lot of fun to be had with DDN, especially when playing co-op, which makes the lack of online co-op disappointing since try as you might, you can’t train your cat to be a competent Jimmy Lee player. WayForward has stated online co-op will eventually be added via a patch, but it’s a feature that should have been available upon release. Regardless, smacking Abobos around with a baseball bat while Billy Lee proudly exclaims “Touchdown!” is still entertaining when playing alone. If you’re bad enough to remember the Power Glove and understand how impressive it is to score 50,000 in Double Dragon then your level of amusement will be greater than someone who has no idea what I’m talking about, but that doesn’t change the fact Double Dragon Neon is a competent beat’em up even if you don’t get all the references.