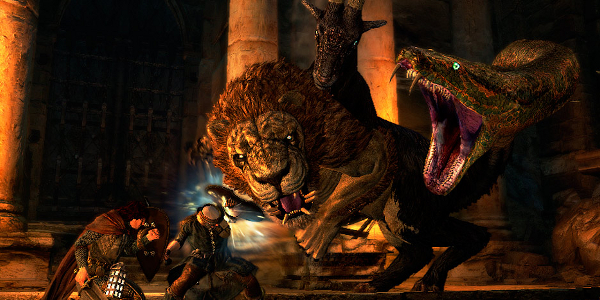 Editor’s note:  Storms are raging on the east coast of Canada and the United States right now. Here’s a review from our very own Jason Fayta as he looks back on this past spring’s Dragon’s Dogma. Our original content schedule should be back on track soon!

Capcom, famed developer and publisher that has brought gamers such franchises as Resident Evil and Street Fighter, enters the action role-playing genre on PlayStation 3 and Xbox 360 with Dragon’s Dogma, a successful foray into fantasy open-world role-playing games.

Taking inspiration from Skyrim, Dark Souls, and Capcom’s own offerings, Monster Hunter and Devil May Cry, Dragon’s Dogma stands out by being derivative of several games and in turn becomes uniquely its own title and hopefully it’ll be the start of a new series.

Dragon’s Dogma (hereafter DD) begins in atypical fashion, thrusting you into its world as the character Savan, a hero seemingly at the end of his journey to quell a dragon, perhaps the Dragon, and end its tyranny. Savan is adequately equipped and has several skills available from the outset; additionally, you’re partied with capable members to assist in felling the beast. The prologue comes to an ambiguous close and it is, at first, a confusing way to open the game, though its aftereffect will eventually come to fruition. 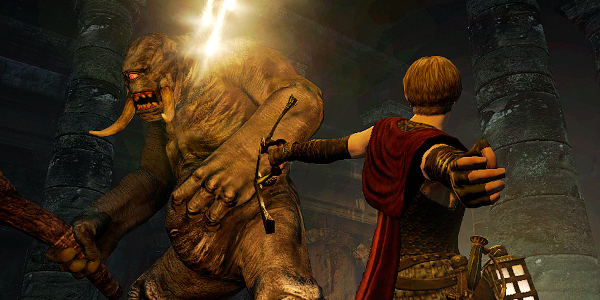 A character creation screen follows and it is now time to begin your adventure proper, and DD has an excellent character creation system that will allow you to forge a hero worthy of being DD’s protagonist, the Arisen. Of course, “worthy” is subjective, and the system certainly allows you to create some buffoonish looking toons if you so please.

They’re three classes to choose from at the start–Fighter, Mage, and Strider–and additional vocations are added, the game’s preferred nomenclature, as you progress the story. Ranger, Warrior, and Sorcerer eventually become available, along with three hybrid vocations, Mystic Knight, Magick Archer, and Assassin, for a total of nine vocations. Each vocation has its own skills and abilities, and they’re opportunities to switch it up without having to start over, which allows you to experience the many variants in combat approach DD offers.

DD also employs a unique pawn system, its take on traditional party members, but with a community based approach. You create a primary pawn using the same extensive character tools as you did earlier, and pawns are no different than your main character in regard to equipment choices and skills available, though the hybrid classes are curiously not available for pawns.

Once you’re satisfied with your permanent party member, it is time to live vicariously through them on the battlefield … or should I say, it’s time for them to live vicariously through you. You can recruit up to two additional pawns, forming a party of up to four, to accompany you throughout the journey. The recruits can either be found wandering the world or accessed through the rift, essentially a lobby where you can summon user created pawns. Pawns take with them the knowledge they’ve acquired through questing with others into your game, frequently dropping quest hints and other various anecdotes pertaining to their surroundings; what this means is your primary pawn will be adventuring with others if recruited, even when you’re not playing DD. (Pawns stay with you at all times even if someone recruits your pawn while you’re playing.)After you log back in or rest at an inn, your primary pawn may have additional knowledge to share, and if the previous master was so kind, a gift for you as well. They also have a habit of repeating themselves, and their behavior can be downright inexplicable, but oddly enough this becomes charming as opposed to irritating, and you’ll find yourself invested in not only your primary pawn, but those you’ve recruited as well.

On the other hand, I would have enjoyed the option to create all three of my pawns and form a stronger bond with them as I adventured on; however, the available system encourages the idea of player interaction, since you’re swapping pawns frequently throughout the game. (Recruits do not level up, and you can’t assign specific skills, so you’ll have to swap accordingly). It isn’t as profound as Dark Souls online implementation, but it’s a refreshing approach to the tried and true formula found in other games. 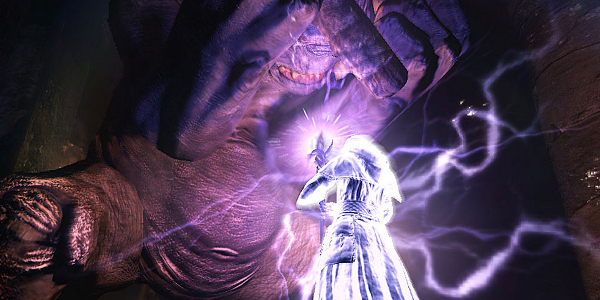 The combat in DD is most satisfying and is easily its crowning achievement. Each vocation has a host of skills to learn and all are a joy to play, and most importantly, everything looks awesome in execution, so no matter which vocation you’re playing and regardless of the skills you’ve selected, you’ll feel like a badass while dispatching the bandits and monsters populating the world.

The weight and feel of the melee weapons are perfect, and the destruction that follows sorcery is fantastic, adding some genuine excitement as your learn new spells because you can’t wait to see them. Additionally, you’ll see your pawns pull off some eye-popping skills and think I want to do that next!  DD simply feels like the developer behind it brought us action classics like the Devil May Cry series, and what makes the deft combat even more impressive is that it’s found in an open-world RPG.

The creatures that absorb these brilliant looking attacks are terrific in design, with a nice variety of classic monsters that animate well and have attack patterns that require you to pay attention and to be on guard. The difficulty doesn’t reach the masochism found in Dark Souls, but it does offer a suitable challenge and is devoid of level scaling. DD also features a climbing ability that allows you to scale the various beasts found in Gransys, the world within DD, and then plunge whatever weaponry you’re housing into their hides. DD just nails the combat. You’ll know it as soon as you nock your first arrow and let it fly into the eye of a cyclops.

Strangely enough, you’ll struggle at times trying to figure out exactly what to kill next, as the pacing of the game can be erratic, and it’s very likely you could spend dozens of hours without progressing the main storyline through no fault of your own, because DD doesn’t do an adequate job of explaining what to do next. To some that may sound enticing, with hand-holding becoming commonplace in current games; to others that may sound like an invitation for wasted hours, when you would rather just get on with it. Couple that with the lack of fast travel, at least without a costly item, and much time will be spent meandering about the hillsides of Gransys. Fortunately, the combat is so good the story progression isn’t as belaboring as it would be in a game with less than stellar gameplay. 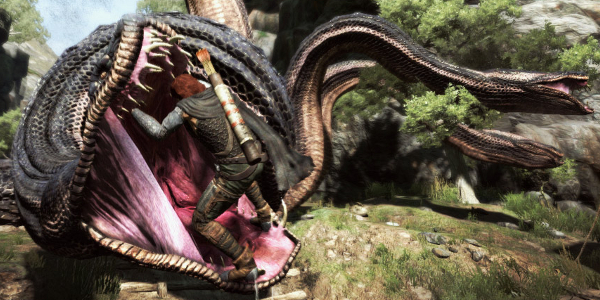 Unfortunately, the graphics struggle to keep up with the action, and to compensate, DD runs in an unusual aspect ratio, similar to a 2:35:1 film, rather than the normal 16:9 presentation found in virtually all other video games. The game is rendered in a sub-HD resolution and even with these sacrifices, DD can struggle to maintain a constant 30 frames per second. However, the aspect ratio does give the action a cinematic flair, though that trade-off is arguably not worth it, and there’s no option to change the aspect ratio. There’s noticeable pop-in; the textures can be muddy; clipping is prevalent, and there’s a soft focus to the world in general. The good news is the game lacks any screen tearing and when it comes to artistic mettle, it can be quite stunning, especially with its lighting. The world of Gransys is alive with great wind effects and some lovely day to night transitions and overall, a well conceived Dungeons and Dragons inspired look.

DD is a worthwhile entry into the open-world RPG market. It has a grand sense of adventure and it is able to encapsulate the feeling of danger that should arouse when you don’t know what’s down the cave you’ve stumbled across. The compelling combat will keep you playing throughout its lengthy adventure, and you’re rewarded with an intriguing and satisfying ending. It’s unfortunate the engine can’t keep up with its ideas (time for a new generation of consoles), but don’t let that dissuade you if you’re in the hunt for a lengthy title with rewarding gameplay.