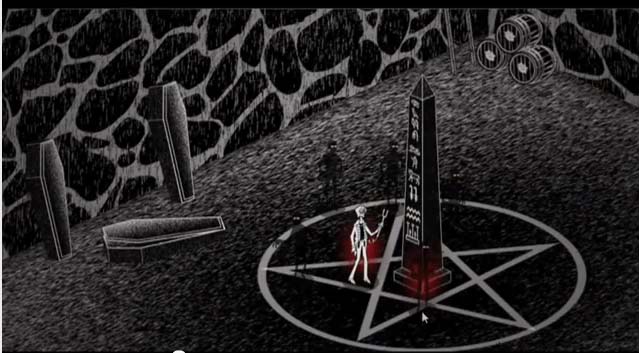 There’s been a lot of buzz about Kickstarter lately. With several big name projects popping up including names like Doublefine, Ron Gilbert and others. It was only a matter of time before one of these projects went belly up and it appears Haunt, by Mob Rules Games is the first such causality.

A turn based title with horror elements, Haunts aimed to allow players take the role of either average humans exploring a haunted house or the monsters who resided inside. The game would have featured a distinct black, white and red visual style, not unlike the pallet used in games like Madworld.

Announced on the Kickstarter page, president Rick Dakan  announced that not only had the entire $25,000 raised on Kickstarter been spent but the game’s programmers had moved on other projects, including one fellow who is now employed by google. Dakan offered to allow the programming staff to coninute to work on the game in their spare time but both declined.

Haunts will certainly set an example for both those looking to invest in such a project and those with creative visions looking to crowd source their games. With all of their reserve cash depleted Dakan says he is now shopping the game around to various studios in the hopes that it can be completed within a couple of months.

In its current stat Haunts is unplayable both online or offline and would need months of bug fixes to be commercially viable. I wonder if perhaps this is the only first of a few high profile failures. Only time will tell on that matter.

If you want to see what the team over at <dev> originally intended  with Haunts watch their Kickstarter pitch video below. Dakan says he will have a refund process in place out of his own pocket who wishes to remove their support for the project.