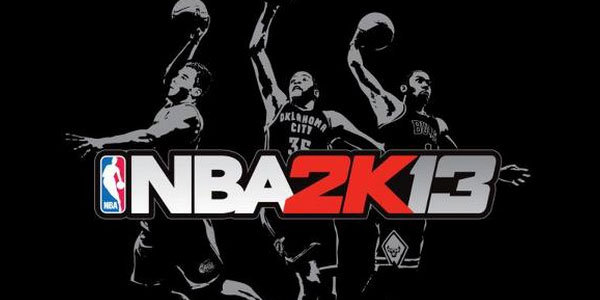 It’s October so it’s probably that time again for Visual Concepts and 2K Sports annual iteration of the NBA 2K series with NBA 2K13. NBA 2K13 was released on October 2nd across all major platforms (360, Wii, PS3, PC, Mobile, PSP & Wii-U) the only system that is not receiving the title are the Nintendo 3DS and oddly the PlayStation Vita. The cover artists for this year’s game are Kevin Durant of the Oklahoma City Thunder, Blake Griffin of the Los Angeles Clippers and Derrick Rose of the Chicago Bulls. This marks the first time three stars together make up the cover as previously only one superstar would grace it (NBA 2K12 had three different covers with one superstar each). This review is based on my experiences on the Xbox 360 version of the game.

Like most sport games your basic modes are available (Quick Play, Online Play, Season mode, etc).There are more modes offline as there is online. For online gametypes, you have only Rank Matches, Quick Match Team Up (play as one player in a specific team) and MyPlayer Blacktop which are street basketball games with your player. Online seems improved from the last game but there are still times where you still get dropped from games but not as frequent as in 2K12. For those who pre-ordered the game you received a code to play the DLC titled All Star Weekend. The mode includes the four events regularly played during the All Star Weekend: The Slam Dunk Contest, The Three Point Contest, The Rising Star Challenge Game and the NBA All Star Game.  If you were unable to pre-order the game, you will have to wait a while before it is available for purchase. Other modes to mention in this version of the game are the MyCareer which is an upgraded version of previous MyPlayer mode and 2K shoes creator.

As the title states, you can create your own shoes for your created character. My shoes came out looking so odd that my friend laughed hysterically for minutes so I stopped my time there. MyCareer as I mentioned previously is an upgrade to what MyPlayer was in previous version. You go through the rookie proving grounds; pre-draft interviews and finally the NBA draft where you could be the potential first draft pick for once in the 2K Series. The overall goal is still the same, try to get your player in the hall of fame. What’s interesting now is that there are a ton of different things you can do outside of the court in almost an RPG fashion to personalize your character. You can buy him new clothes and accessories using Virtual Currency (VC), interact with managers before the NBA Draft, gain fans via social media or even try to get your coach fired. To get VC, you must play games with certain in-game accomplishments gaining your more points than others. Missing from last year was the NBA Greatest mode but possibly to make up for this, all historical teams are readily available without having to unlock them. 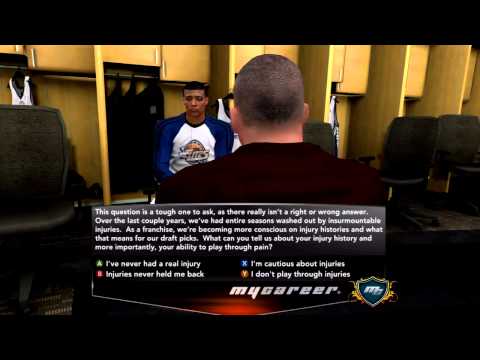 The sounds in-game is almost the same as previous versions with commentators chiming in during gameplay and still throws in random historical tidbits about the team or a specific player. Doris Burke, the ringside reporter doesn’t appear as frequent during a game like she did in 2k12 but gives a rundown of the first half of the game as she appears during the second half of the game. The soundtrack this year got a big boost thanks to Executive Producer Jay-Z. One of his key roles in development was to improve the soundtrack and he did just that with 24 popular tracks from various well known names but most are in the genre of hip-hop. Although I’m not sure if I’m the only one but I feel like the same ten songs usually play and I have all 24 songs set to play.

The other main thing we can thank Jay-Z for is the return of Sir Charles in a basketball game. It has been far too long since we last seen Charles Barkley in the virtual realm (Barkley Shut Up and Jam in 1994) and he joins his fellow members of the original 1992 dream team which also includes Scottie Pippen who was rumored to not have been in the game but was added last minute due to a deal made by Jay-Z himself. They aren’t the only Olympic US team in the game as the 2012 Olympic team was added to the game too, also thanks to Jay-Z.

Graphically speaking, the game slightly improved from previous versions to make it look more realistic as possible but nothing too drastic. Collisions and clipping have been improved as well; the animation is more fluid than in previous series. Likewise not much has changed in the control aspect of the game with the exception of dribbling and shooting using the right analog stick. All special dribbling moves (cross overs, spins, etc.) are now executed with the right analog stick. In regards to shooting, instead of just shooting with the right analog stick you need to hold the left trigger and then use the right analog stick. It quickly becomes second nature to hit the left trigger and shoot. You can also use the face buttons as well but shots aren’t as precise as they would using the stick. At this stage the quote “If it ain’t broke don’t fix it applies” 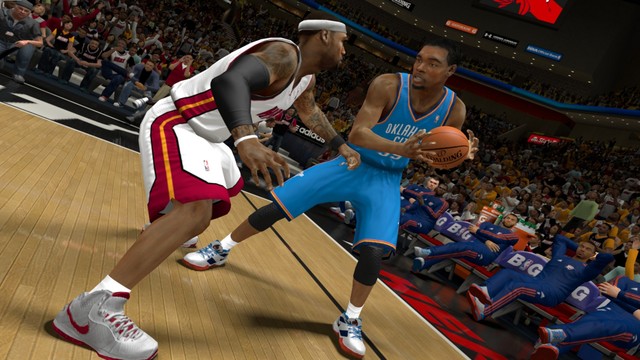 A new gameplay addition to this game is the Signature Skills. Easily comparable to perks in a Call of Duty game, these skills are tacked on to your player and give various bonuses. There are 33 different skills in the game which require the use of VC to unlock. One of the skills I messed around with was Posterizer which gave me a 20% chance of not failing at a dunk. These aren’t the only things that give boosts to players as certain items you equip to your created character will add bonuses to their stats. Currently on the marketplace are jewelry collections with the most expensive add-on costing 2000 MSP and for a reason, it will give a +10 boost to all your stats. While it doesn’t seem as much, there’s probably a good enough reason that the Blue Diamond Jewelry collection is priced so high.

Overall, I feel this game is a great addition to the 2K series and I can honestly say it surpassed 2K11 which was highly praised and still played over 2K12 which kind of took a step backwards. The “RPG” elements in MyCareer were a great addition to keep season mode a fresh experience. While it’s hard to compare it to other basketball games as NBA Live seems to be in development hell and NBA Jam isn’t an annual release game, NBA 2K13 does a great job at representing the sport of Basketball.