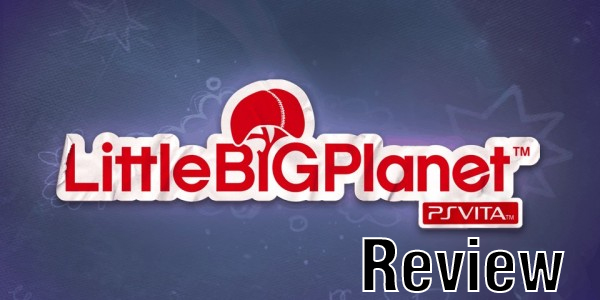 What do you get when you take a humongous game that is based on your own imagination and you shrink it down to fit in your hands? That is LittleBigPlanet for the Playstation Vita. LBP Vita is an original release for the Sony’s newest handheld and one that many gamers have been waiting for and it’s now here to play. So what makes this version of Little BigPlanetVita so endearing to fans is it’s cutesy way of telling a story, it’s simple yet in-depth gameplay that just has a way with you when you play a game like this. If you have ever played a licensed game that was awesome back in the day like Cool Spot or one of the older Nickelodeon games, LittleBigPlanet will make you feel like you’re a kid again.

In terms of gameplay. LittleBigPlanet is still LittleBigPlanet. What do I mean by this? Well, the gameplay is more or less the same as the console title. Let it be known that this is by no means a bad thing. LBP’s gameplay mechanics are still top notch as they always have been. With the addition of touch controls, it is now even better and in a class all of it’s own. There will be times in certain levels where you will you will need to trigger part of the level in order to proceed. To trigger a level event, some parts of the level will be highlighted a blue or green color. A blue color means you will be able to touch the front screen and PUSH a part of a level in to trigger an action from the level. It could a wheel where you can grab and tumble on to a new part of a level. A green piece of a level means you can PUSH part of a level forward using the back touch pad. As an example you can push an object towards you using the green part of the level and can make some good platforms where you can jump on to continue the level. 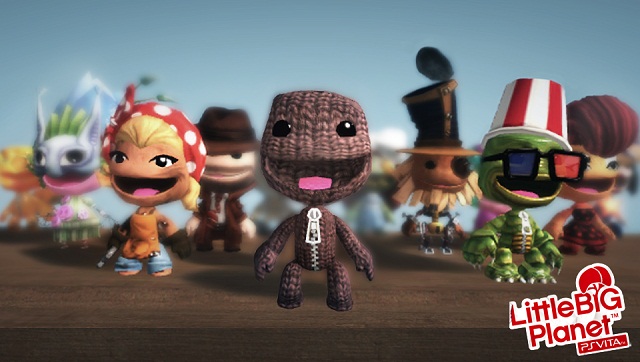 Use of the Vita’s gyroscope also comes into play in some very fun ways. The addition of a ball where you can roll around or a cart can get you into a new area of the game. Tilting the Vita right, you will make you move to the right half of the screen progressing farther on the screen. I found that it could be a chore to move him the correct way and holding the Vita at the same time to make sure that your Sackboy could move around correctly. At times this could be a bit cumbersome.

Speaking of combersome, there is a point where you get to control your Sackboy in a flying contraption (you know how Sackboy loves his contraptions) and you’re given the task to navigate…using the back Touch Pad. This was a great idea on paper, but when using back touch pad to navigate around is a pain in the ass. I would constantly lift my finger a bit and then be thrown into a different direction. You will also have to be very precise if you want to bypass floating items in the level. I found the flying controls to be a little daunting, especially if you’re a new user to the Vita. The back touch pad, does respond rather well however, and this was the only dark spot I found using it. 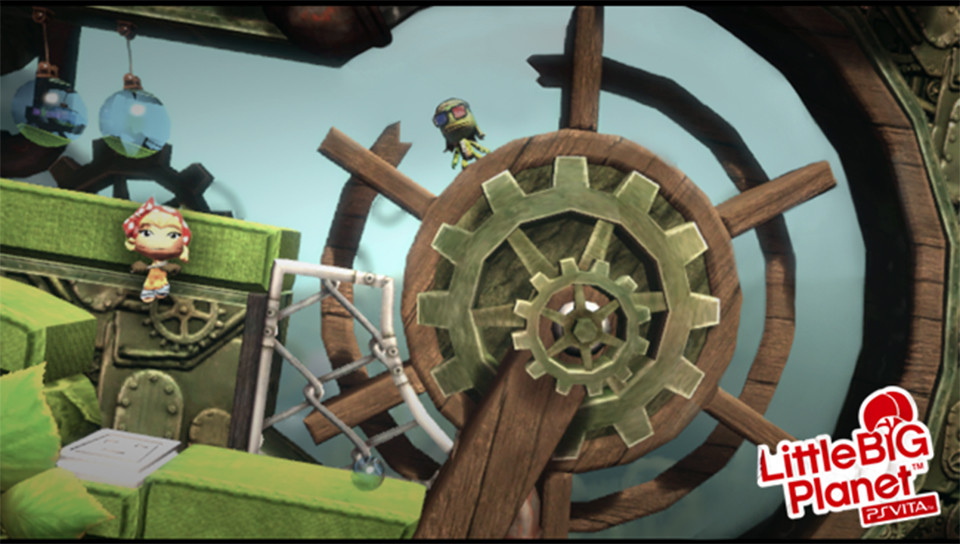 The biggest part of LittleBigPlanet is always and will always be item collecting and customization. If you are worried that LBP was lacking the creative department, do not fear. Sony has done it’s part to reward the player with, which I believe, even more goodies than it’s predecessor. You are still able to craft levels to your hearts content. Using the front touch pad, the creator can be even more precise than the previous games as you will be able to use your own finger to create a massive level. One of the downsides that exist is that, you cannot use too much of one material on one piece of geometry, so it will cancel out if you use too much. However, you can create a whole new piece of geometry which you can just continue after making your old one. In levels you can pick up a ton of new stickers, items, and other goodies to make your levels as awesome as you want to make them. The only creative limit is your own creative mindset.

The game’s story is as quirky as ever. It actually has some cool elements. You’re in the world. Player’s are thrusted into the story of Carnivalia. A world where all of your amusement park dreams can and maybe come true. You play the through this worlds that have a ton of creative flair and colors. Among the way you will meet a cast of friendly and lovable characters that will make you laugh and maybe even cry. The game’s levels and art direction is probably the best on the Vita so far. 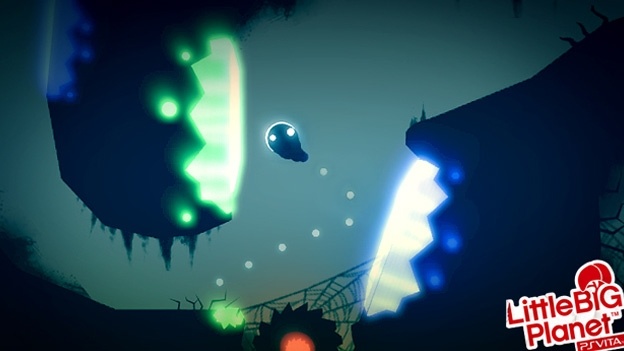 LittleBigPlanet Vita is a game for all ages. It incorporates a lot of the aspects you will find right on your Playstation 3. It does feature cross play and works like a charm, just as the game does to you all the time. It features a cute story with rambunctious characters and plays just as you would expect. If you have a Vita and want the ultimate experience of LittleBigPlanet on your mobile device, then pick this one up. You won’t be disappointed.