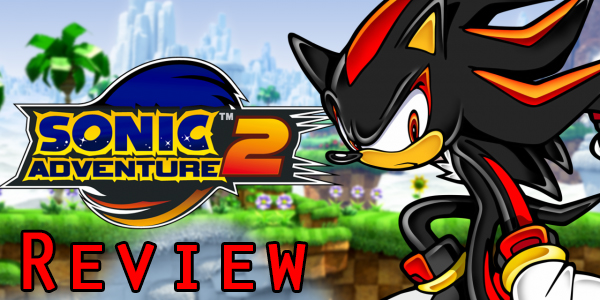 Oh Sega. You have come a long way since the Sonic the Hedgehog reboot for the Xbox 360 and Playstation 3. You have been trying your hardest to give us a great Sonic game since those days where you were at your lowest point. With the last games: Sonic Generations and Sonic the Hedgehog 4: Episodes I and II, it seems as though you’re starting to come back into good graces with the fans.

With Sonic Adventure 2 HD and the plethora of other old Dreamcast titles, it seems as though Sega is going back to the past to look for some inspiration. It’s good that they have come back to Sonic Adventure 2, because it was one of the most controversial titles during it’s time on the Dreamcast and now we have the full version just sitting on our Xbox 360 and PS3 hard drives. So, does Sonic Adventure 2 bring the goods?

Let’s start with the story. Sonic Adventure 2 HD is just like it’s predecessor in a few ways, but very different in a lot of ways. You still have Sonic and his friends trying to save the world from a menacing threat. Dr. Eggman unleashes a new enemy Shadow from a factory on island off the coast of Station Square. Shadow’s goal is to activate a space colony’s secret weapon to avenge the death of Eggman’s Grandfather’s daughter who Shadow had a special bond. In order to see the events unfold, you must play through both the Hero and the Dark side of the story. 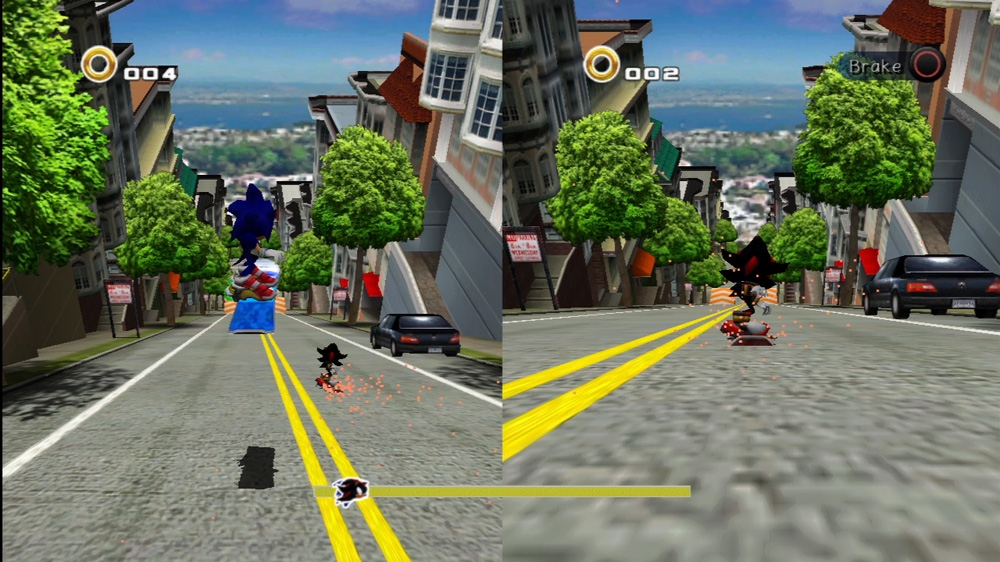 Sonic and Shadow duke it out on the streets.

Just like Sonic’s before it, you play with Sonic and his friends. In this game you will get to play as Sonic, Tails, and Knuckles on the Hero story and Eggman, Shadow and another newcomer Rouge the Bat in the Dark story. Sonic and Shadow are both played as a speed type. You race toward the finishing goal in order to beat a level. While playing the level, you are also tasked with defeating as many enemies can to rank up a chain. The more of a chain the better the bonus points you can rack up. The more points you rack up, the better the rank you will get. Rank ranges from an A rating to an E rating. The rank system has been a great way to show off your skills in the game and is the first Sonic game to use the feature.

In Sonic and Shadow’s  levels, you can also do a new technique that was introduced to the series: grinding. Grinding will make you zip through the level at incredible speeds. There is a level in the game that will utilize the grinding to the fullest. Grinding, however, is not used as much as I would have liked and the pacing of the use of the feature at times grinds to a halt. Grinding can also become a little cumbersome in which if you try to switch rails, where multiple rails exist and you can find yourself falling to your death if you’re not careful.

As Tails and Eggman, you play as walking battle mechs. As you proceed through the level, you will notice that your time will start to soar high, but so will your score. Again, just like the Sonic levels, defeating multiple enemies will boost your score and having a higher score at the end of Tail’s/Eggman’s level will be the deciding factor in your rank at the end. These levels were more of a slow paced/power levels and while they were fun to play, I often found myself dying by mysteriously falling off a platform with the slightest touch of the analog stick. 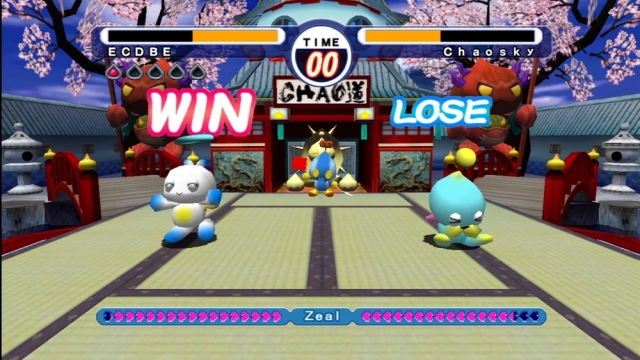 The final set of levels are based on treasure hunting that quite possibly are the worst levels in the game. You play as Knuckles and Rouge to find pieces of the Master Emerald, Chaos Emeralds or keys. The radar system is trash as it is color based depending on where you are in relation to the item. Even then, when you’re right on top of it, you need to hit the area just right to find it. Not to mention that some levels are humongous and finding the items fast are key to a better ranking.

The basis of the game is to get to the end point of the map with the exception of Knuckles and Rouge’s levels. You also have the ability to get power-ups and new abilities. The invincibility, ring, and speed power-ups are back and you can also get new abilities. Sonic can obtain Light Speed Shows to collect a lot of rings in a line; Eggman can obtain a hover ability so he can jump and glide through long distances; Knuckles get obtain metal gloves so he can dig through dirt and other soft ground. All characters can obtain upgrades.

There are other cool features such as the Chao system where you can give your pet Chao cool abilities and looks. You can teach your Chao new abilities and race them against other Chao. You can make your pet your own by changing it’s allegiance to a Hero or toward the Dark side. It’s pretty cool system, but unfortunately there is no way for you to trade your Chao to another player or vice versa. There is also no VMU support as well since you no longer have the VMU system as the Dreamcast did.

Sonic Adventure 2 HD also comes with a multiplayer component as well. You can use a multitude of characters like Sonic and Shadow to race and even Chaos from the original game and use them to fight with other characters. In this mode, you will also also have the  option to use special abilities. You can use abilities like Sonic Wind to disorient your opponent,  steer them off the level and beat them into submission. Unfortunately however, this mode does not contain an online multiplayer option and the only interaction you have with others online is a Leaderboard where you can post your high scores. With the lack of online multiplayer, it’s pretty unfortunate that Sega and Sonic Team couldn’t add something cool here. Back in the day, this one one of the coolest parts about the game and something that I could always come back to with a friend. The addition of online would have made this a pretty cool experience. 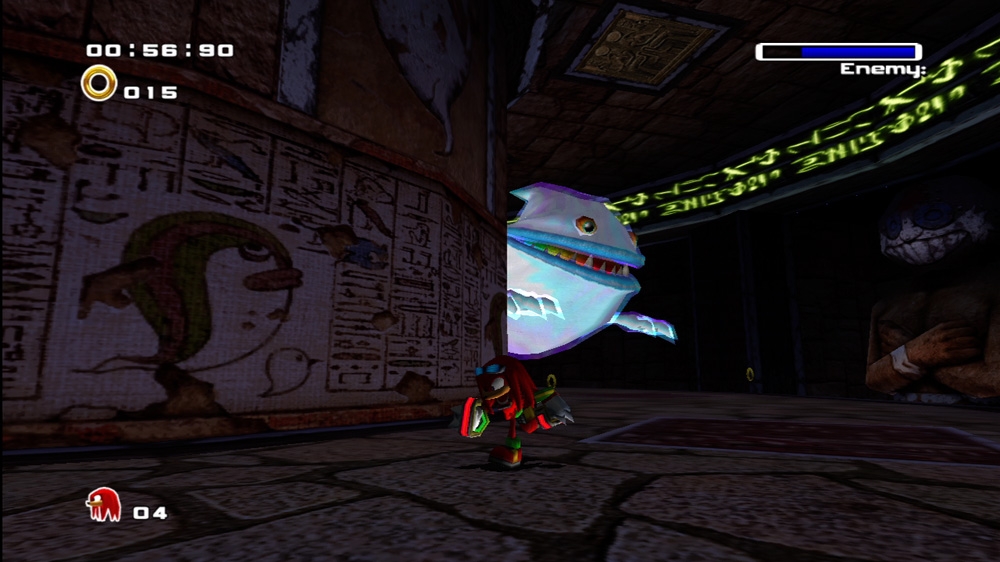 Knuckles vs. King Boo Boo. One of the many bosses!

The game looks as good as it did on the Dreamcast. However, there is major pop-in that may take your eyes time to adjust and may end up losing a life. In my play through, I never had that  bad of a problem with it.  Another negative I saw is that the cutscenes reset to 4:3 where as most of the game is in 16:9, which was very disappointing. The music in the game is an acquired taste. I have been a big fan of the music and even though the music is extremely corny (especially the rapping for Knuckles’ levels), it has a certain charm and is enjoyable.

There is so much more that I want to say about Sonic Adventure 2 HD. I want to tell you that you should go out and play this game.  Most Sonic fans will dig the game. If you’re not a Sonic fan, then you may want to ask a friend who has it to play it before you buy it yourself.  It was one of the best games on the Dreamcast during it’s time and one of my personal favorites. That is what hurts the most about this review; Live and Learn!