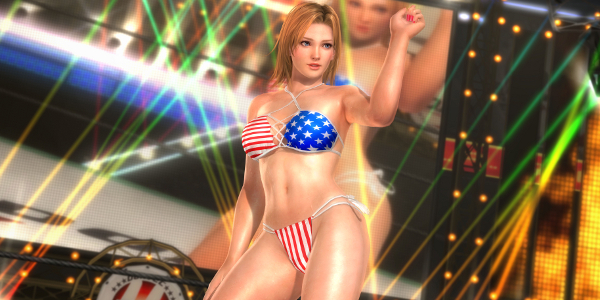 Dead or Alive 5 (hereafter DOA5) is now available on consoles, almost seven years after the previous installment, and it doubles as the series’ debut on PlayStation 3. You have to go all the way back to the year 2000 when Dead or Alive 2: Hardcore graced the PlayStation 2 for the last entry on Sony’s hardware. But before I get too far into the review, I want to talk a little about the father of Dead or Alive, Tomonobu Itagaki.

Tomonobu Itagaki, creator and former lead of Team Ninja, unceremoniously resigned from Tecmo (now Tecmo Koei) several years ago. An outspoken developer and studio lead, his games were known for their uncompromising difficulty, impeccable gameplay, voluptuous ladies, and badass ninja. It’s difficult to go wrong with such an excellent mix. Since his departure, the quality of Team Ninja’s output has been questionable at best, with its strongest effort being the Ninja Gaiden 2 remix, Ninja Gaiden Sigma 2.  The studio reached its low point with the release of Ninja Gaiden 3, an entry vehemently derided by fans and critics alike. Itagaki breathed new life into the Ninja Gaiden series eight years ago, and to see the first proper sequel without him at the helm be devoid of everything the series had been known for was disconcerting to say the least, especially with the impending release of DOA5 looming in the distance. It’s an understatement to say fans were apprehensive with Team Ninja and what direction they would take with Itagaki’s baby, Dead or Alive. 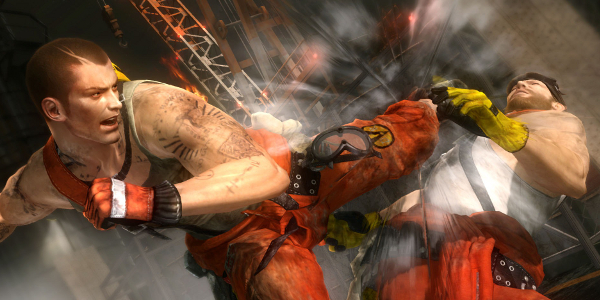 Fortunately, fans can breathe easy (or pant), because DOA5 is a commendable installment. First and foremost, gone is the candy coated, Barbie doll look the characters exhibited that Itagaki was seemingly enamored with; instead, a more natural looking character model has been created for every fighter, giving the game a much needed facelift. In fact, these reworked characters are the stars of the game, with all the fighters lovingly rendered with superb detail. The faces are aesthetic and pleasing, along with a couple other aspects for the female participants. The new-look fighters are something fans have been clamoring for and Team Ninja has certainly delivered. And surprisingly, Team Ninja is fine with them getting dirty, with the option for dirt effects along with sweat and water. Dirt on Kasumi?  It’s something I can’t see Itagaki approving.

Nearly the entire roster from Dead or Alive 4 returns, along with a few new additions, bringing the playable character count to 24. (And sorry Halo fans, no SPARTAN-458 this time around.) It’s disappointing, and somewhat inexplicable, Ein, Leon, and Tengu did not make the cut. Story concerns aside, it would have been nice to have these characters available in Arcade and Versus modes. Not necessarily making up for their absence is the inclusion of  Sega’s Vitua Fighter pugilists Akira Yuki, Sarah Bryant, and Pai Chan. They’re integrated into the roster well from a gameplay perspective and their existence in Dead or Alive 5 is a respectable nod to Virtua Fighter, a series that Dead or Alive owes its existence to, with the first Dead or Alive housed on Sega’s famed Model 2 hardware. 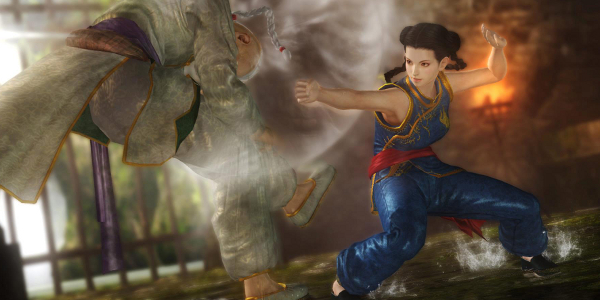 Rounding out the roster are two new additions: Rig, a male taekwondo practitioner that lives on an oil rig, natch (and apparently shops at the same store Goh does from Virtua Fighter), and Mila, a mixed martial artist that may have been inspired by Gina Carano. They’re great additions and having two new fighting styles to utilize is certainly welcome, but even with the newcomers and the Virtua Fighter representatives, the roster would have benefited with the aforementioned no-shows included.

Dead or Alive is known for its dynamic stages and DOA5 isn’t a departure. The traditional Danger Zones are here and the new Cliffhanger feature makes its debut, allowing players to hold onto a ledge before falling to a lower tier, with the attacker given the option to strike or grab and the defender to block or counter, respectively. The stages have a deceptive amount of interactive elements, along with some more apparent, like a helicopter that gets too close to the action in the war torn Hot Zone or a tiger leaping between hoops in the less imaginatively titled Tiger Show. It’s all quite impressive, and with the new Action camera, the fights are easily the most cinematic in the series. Unfortunately, the soundtrack never ascends above serviceable and occasional descends into irritable. The stages are well crafted and exciting and it’s a disservice  to pair them with such uninspired music.

DOA5 also retains its Triangle System, a gameplay hallmark for the series. The Triangle System is similar to rock-paper-scissors, whereas in DOA5, strikes beat throws; throws beat holds, and holds beat strikes. That’s not to say the gameplay in DOA5 is essentially an elaborate game of rock-paper-scissors; if that were the case, it would be more enjoyable to simply watch Christina Hendricks and Kat Dennings throw down in a rock-paper-scissors bikini battle. However, the Triangle System is accessible and easy to understand, and the speed of the fights, along with the simple to execute combos and engaging stages, make DOA5 enjoyable for beginners right out of the packaging. Fighting veterans have plenty to sink their teeth into as well, with an intricate mix-up game, expert counters, and an improved side-step mechanic. New to the series is the Power Blow, a powerful strike that’s accessible when the health meter is at less than 50 percent; the Power Blow not only leads to a flashy time-slowing attack, but gives the attacker the ability to “aim” the victim to a desired section of the stage, greatly increasing the chance to trigger a Cliffhanger or Danger Zone event. Also new is the Critical Burst, an attack that leaves the opponent completely defenseless, setting them up for an extended combo or a Power Blow.

The usual assortment of modes are here and along with the previously mentioned Arcade and Versus modes, Story, Time Attack, Survival, and Training are all available for offline play. Tag play also returns and even though it isn’t as robust as Tekken Tag Tournament 2, its inclusion is a welcome one. Online play contains the usual suspects as well, with Ranked, Simple (1 on 1 fights with rematch option), and Lobby matches, with the latter allowing up to 16 players. Match quality has varied from great to terrible, with little in-between. 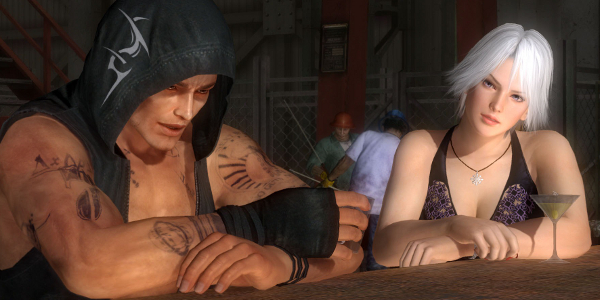 Regarding that Story mode… DOA5 nixes the traditional play Arcade mode, select a character, reach boss, beat boss, unlock CGI ending for said character, and repeat until all characters are expended for something more substantial. Substantial in theory, anyway. Perhaps inspired by the most recent Mortal Kombat, DOA5 attempts to tell an overarching story which includes all the characters, each having a few chapters to themselves, to varying degrees of success. Bonus challenges appear for every match, and these start off as a clever tutorial but eventually become tiresome as the game asks you to complete objectives it doesn’t do an adequate job explaining; however, they’re skippable so at no point is progress hindered by an obtuse challenge request.

The story is most agreeable when it is at its silliest, such as a fight erupting over a perceived slight of a motorcycle; or, Eliot gazing at Christie’s breasts and asking for milk, only to have Christie slam a jug of milk down and proceed to laugh at presumably her ability to conjure jugs of milk. They then fight, of course. When the story attempts to be serious, it leads to bemusing plot revelations and not much else. The English voice acting is better than I expected (i.e. not  bad) but the lip-synching isn’t done well, and curiously, the game reverts to English even if you have Japanese selected as the language upon reboot.

I can’t say I was bored with DOA5‘s story, but I can’t say I was engaged, either. If anything, I found myself pondering the logic behind having a bar located on an oil rig, and why Bass isn’t uncomfortable with his bike being named Tina. It is admirable to see Team Ninja attempt something more substantial than the traditional story model found in most fighters, though it’s their effort here that is praise worthy, not exactly the result of that effort.

Dead or Alive 5 doesn’t attempt to reinvent itself, and after Team Ninja’s disastrous Ninja Gaiden 3, that’s a good thing. Instead, Team Ninja refines the mechanics established by Itagaki, and the gorgeous graphical overhaul makes this the best looking, and best playing, Dead or Alive yet. If only it had some hats to unlock along with the costumes.