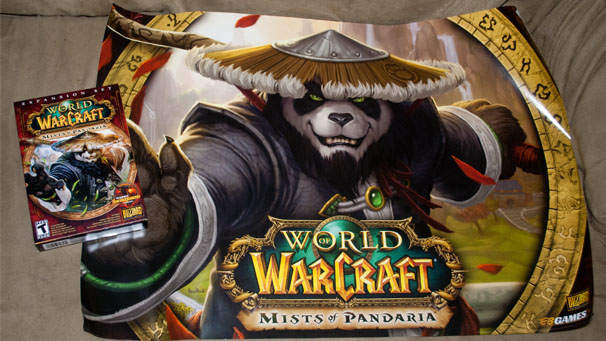 Stuck at work, missed the midnight launch, and want to know what you’ll be getting with your MoP box when you rush into the game store later on today? We’ve got you covered! I just picked up my standard edition of the game and here are some images from the unboxing.

The above poster seems to possibly be an EB Games exclusive. I’m not sure if I got it for preordering, but I was happy to get one.

It seems all your MoP content is already downloaded and set up on your computer via old patches it seems. The disks are basically a backup of all the content up to and including Mists. All you need to do is log into your battle.net account and insert the included key in your account settings. Blizzard even asks if you want to upgrade to the digital deluxe version. Which I’d assume would just cost you the extra $20 it’s worth for that copy. 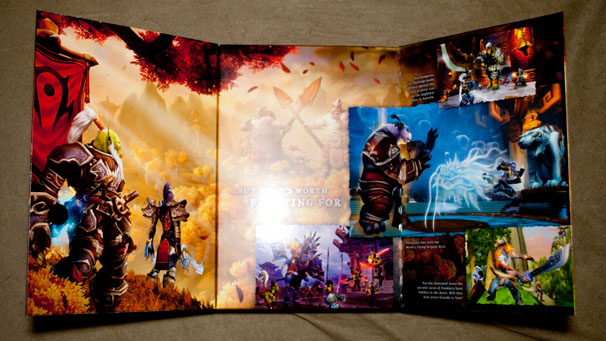 As usual the box are is fantastic and comes with a fold out cover like the rest of your standard box Warcraft expansions.  At least I think Burning Crusade had this. Regardless, a beautiful addition to your collection. 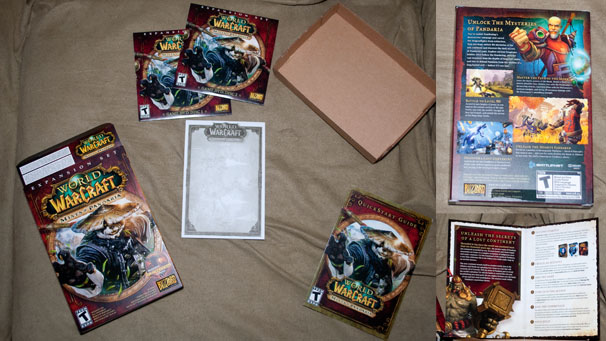 The rest of the goodies include your two DVD backup of the whole game up to MoP as noted above, a quick start guide, and a notepad with a watermark scene of Pandaria (an actual scene, not a map view) on it. I didn’t really expect a huge manual, and by now there’s more than enough resources on WoW. Maybe a little something about the lore and pet battle system would have been nice, but at this point I almost feel spoiled to begin with considering the in game content. 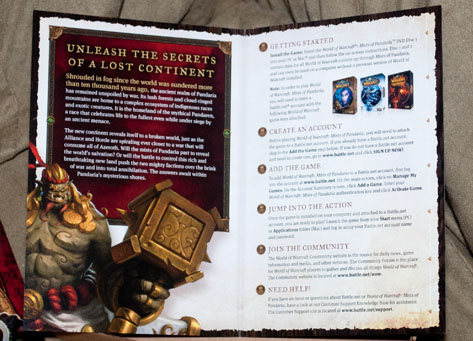 And what content that is! So before even adding Mists of Pandaria to your account, you already have access to Pandarens and presumably the entire start area it looks like for them. On top of that you have the pet battle system ready to go at your pet battle trainer if you have the gold to pay up for it. So the expansion adds the level 85+ content of Pandaria and the monk class basically. On top of dungeon challenges and scenario modes like the previewed Theramore’s Fall of this past week there is a ton of content available.