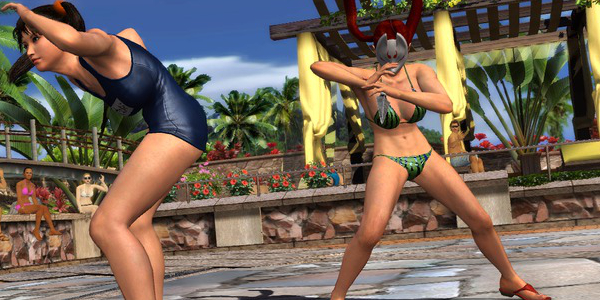 Tekken returns to tag after a 12 year hiatus from consoles with Tekken Tag Tournament 2 (hereafter TTT2), the sequel to, that’s right, Tekken Tag Tournament. 12 years is a long time to wait for a proper follow-up to one of the more popular entries in the venerable Tekken series; does Namco Bandai drop the Tekken Ball or is TTT2 the new King of the Iron Fist?

TTT2 is the eighth main installment in the Tekken series and it is a non-canon entry, like the original Tekken Tag Tournament. TTT2 embraces its dream match premise, and in turn the roster has ballooned to a whopping 59 characters, with six of those available at a later date as free downloadable content. And if you’re wondering, Gon from Tekken 3 is not one of those 59 fighters; you’ll have to make do with Alex if you’re all about fighting dinosaurs. 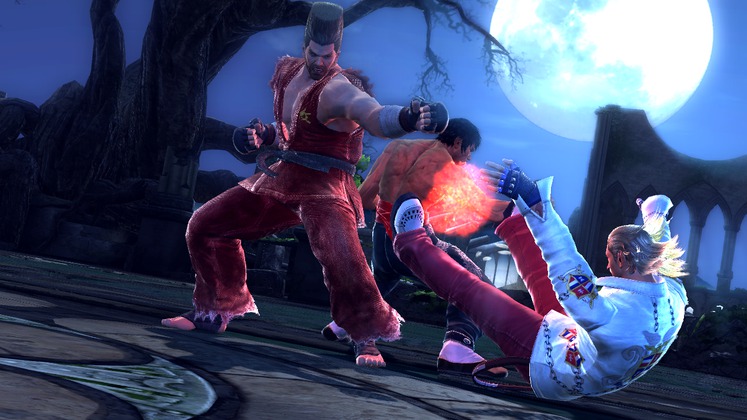 TTT2 allows you to select two characters to form a tag team, though unlike the popular Marvel vs. Capcom series, the match is over once one character’s life bar is depleted. Characters can be switched at any time during the match and off-screen characters gradually recover health. In addition, off-screen characters may have their life-bars occasionally flash, indicating they’re in a Rage state (a carryover from Tekken 6), which amplifies their attack damage. Life-bar management is essential in TTT2, and the speed in which you can dispatch a single character, thereby winning the match, keeps each fight exciting.

In addition to Tag Play, Solo Play is also available, which is a welcome option for players not interested in learning multiple characters or the new tag mechanics. TTT2 also features 2 versus 1, which modifies the solo player’s health and damage to compete with the disadvantage of fighting two characters. Pair Play is another welcome addition that allows up to four players to form two teams of two, either offline or online, with each player controlling their selected character. It’s chaotic, fun, and a great way to ruin friendships.

Juggles (i.e. launching your opponent with an attack and then effectively “juggling” them across the stage with subsequent attacks) have been a staple of Tekken’s combat since its inception, and TTT2 is certainly no different. Tag Combos return from Tekken Tag Tournament, so expect even longer juggles. New to TTT2 are Tag Assaults, which allows your partner to temporarily join the fight to continue the combo after connecting with a Bound (an attack introduced in Tekken 6 which slams an airborne opponent to the ground to stun them for extended combos); Tag Crashes, which allows your partner to attack your opponent while you escape off-screen, and Direct Tag Assaults, a special move that all characters can use which allows your partner to appear on-screen for the aforementioned Tag Assault; however, the Bound attack isn’t required.  New team specific tag combos and tag throws are also here to learn.

If you’re wondering what the heck I’m talking about, I don’t blame you. TTT2 is about as casual as a pair of leather pants. Virtually every gameplay feature from the previous entries can be found in TTT2, from the stage gimmicks to the tag mechanics, and TTT2 piles it on with Tag Assaults and Tag Crashes for a package that’s daunting for veterans of the franchise and arguably indecipherable for newcomers.

To help beginners grasp the fighting mechanics of TTT2 is Fight Lab, a surprisingly amusing story mode that has the character Violet (Lee Chaolan with purple hair and pair of sunglasses) outfitting the Combot character with strategies and moves, essentially walking you through the basics of Tekken’s combat and the new features found in TTT2. It’s short, but it does a good job explaining the basics.  The stages are also replayable so you can perfect your timing and earn more points, which can be spent on additional moves for Combot, allowing you to create a custom character of sorts. 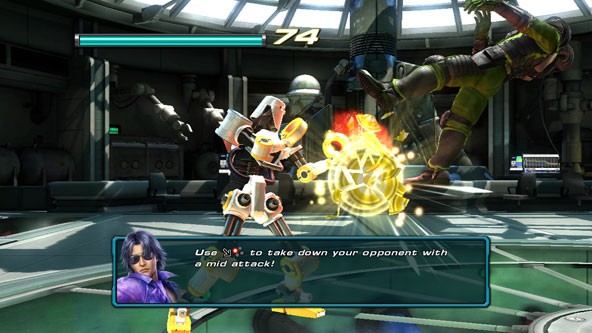 However, practice mode is the only option to learn individual characters, and there is nothing within it to guide you through the intricacies of each character, leaving it in your hands to tailor the experience. The options are plentiful and the move lists are present for every fighter, but unless you’re already familiar with Tekken, it can be difficult to utilize the mode effectively.

Rounding out the offline modes are Arcade Battle (with endings for all characters), Ghost Battle (fight against an endless stream of AI opponents), Versus Battle, Team Battle, Time Attack, and Survival. Character-customization also returns if you’re a fan of playing dress-up with your favorite characters. I feel it is integral to make your character look as badass, or ridiculous, as possible. TTT2 features a plethora of items to do just that. Along with customizing your character, TTT2 has a new feature aptly named Tekken Tunes, which gives you the option to assign any song from your library of music to a specific stage. It’s a fantastic addition that I would like to see in more fighting games going forward.

Online play contains the standard ranked match where you’re connected to random players and the fights lead to either a promotion or demotion. You’re placed in a practice lobby as you await your next opponent, which is a nice touch. Player matches are also available for those not interested in rankings and you can create your own lobbies here.  Players become spectators as they await their turn to fight. The netcode is a marked improvement over Tekken 6 and a solid connection leads to a commendable online experience. All your matches are automatically uploaded onto the Tekken Channel as well, so you can kick back and watch yourself kick ass or your ass getting kicked.

The coolest addition is World Tekken Federation (WTF). WTF allows you to form teams and move up the leaderboard, view statistics from all your matches (such as the average amount of damage you’ve inflicted to the amount of throws you’ve attempted), and share tips with teammates and other players. It’s similar to a service you would experience in a first-person shooter but for the first time it is found in a fighting game. 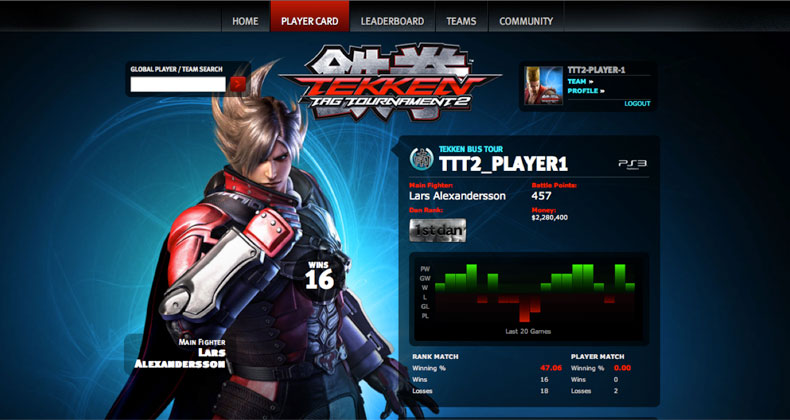 Graphically, TTT2 is a solid step up from Tekken 6. Character models have improved and the blur effect no longer reduces the resolution of the game, while the effect still remains as impressive as ever. In order to achieve this, the resolution is dynamically adjusted depending on what is unfolding on-screen (similar to WipEout HD), with multiple on-screen characters dropping the 720p resolution to something more manageable in order to maintain 60 frames per second. It isn’t noticeable while playing and is much better than the approach taken in Tekken 6. TTT2 is a 3D compatible game but Broken Joysticks was unable to test this feature.

It’s worth noting the load times are a bit longer than Tekken 6, and that’s with the mandatory 7.5GB install. It becomes a distraction when playing offline with a friend and both players select characters that have been customized, leading to a several second wait for the characters to appear for selection.

I’ve written a lot about what is to be found in TTT2 without commenting much on the gameplay, and that’s because the gameplay is pure Tekken. The series has been around for almost 20 years, and if you’ve been gaming for any decent amount of time, you’ve probably played one of the iterations by now. The gameplay is tight  and the move lists and combo possibilities have never been more extensive than what’s found in TTT2.  I would like to say it is everything the series is known for on a single disc, but TTT2 does omit the side-scrolling brawler modes, such as Tekken Force from Tekken 3 and Tekken 4 and Scenario Mode from Tekken 6 , and it doesn’t contain any oddities like Tekken Bowling or Tekken Ball. It is a minor complaint considering the sheer amount of content available in TTT2.

Superfluous features aside, this is the ultimate Tekken package, and I’m wondering where the series will go next without giving it a dramatic overhaul. TTT2‘s comprehensive roster and tag mechanics equate to endless hours of gameplay, and the water is as deep as you’re willing to go; however, I recommend new players not diving into the deep end first (that would be online play). Get your feet wet in Fight Lab, Practice, and Ghost Battles, and then get destroyed online, and repeat the cycle.