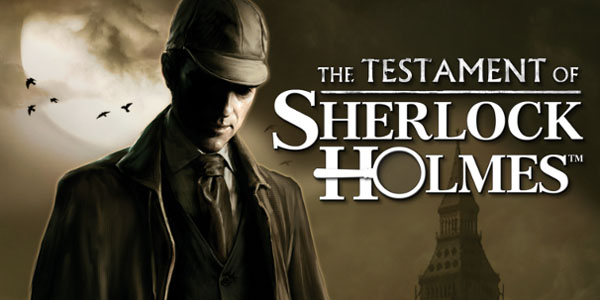 A new game from Atlus will hit store shelves in just over a week and will feature everyone’s favourite detective charged with solving a mysterious crime. A new Sherlock Holmes game comes to the Xbox 360, PlayStation 3 and PC.

The Testament of Sherlock Holmes is actually the sixth game in the series with the series being released on multiple platforms over the years. While all six of the games have been released for PC, the first game was also released on the Nintendo DS and the second was also released for the Nintendo Wii.The third and fourth titles were PC exclusive titles with the fifth game also being made for the Xbox 360. This This is the first game in the series to see a release on the PS3.

I’ll admit that I haven’t played a game in this series before, but with the game looking to be a similar style of game to the Ace Attorney games, it is definitely worth a look.

The game can be pre-ordered online already and is also available for direct download via Atlus’ online store.