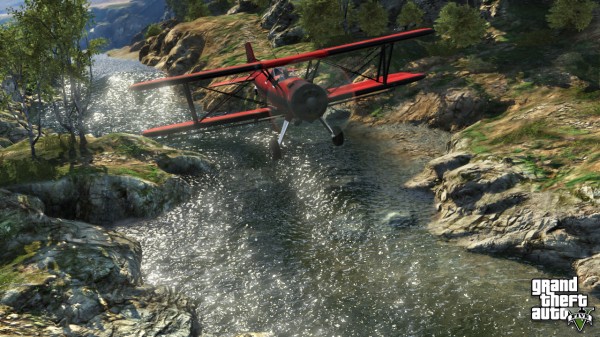 Well things just keep getting better and better for us GTA fans!  Rockstar have closed out their 10-screenshot bonanza of GTA V information with the following four screenshots, ensconced within a Newswire Post entitled “Business.”  It looks like we have ourselves some varied things to do in this game.  So let’s take a minute, sit down and analyze these puppies one at a time, shall we? 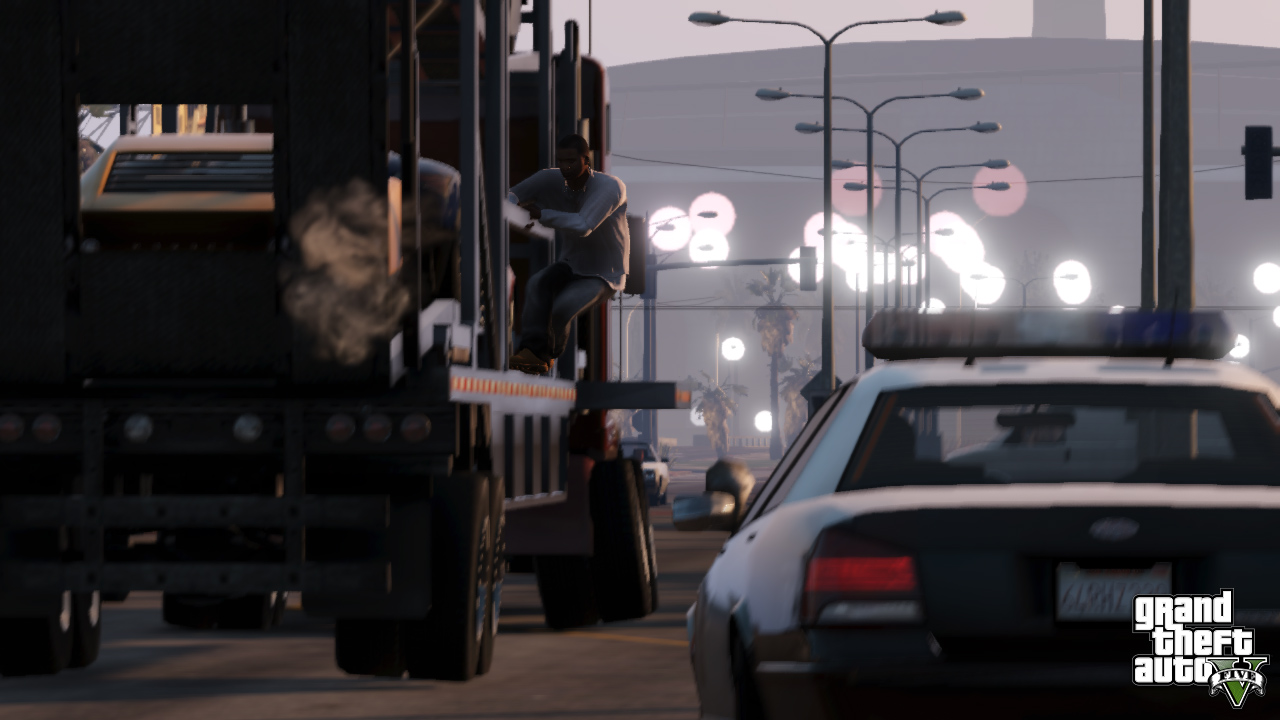 In this shot we see one aspect of business that seems to be the namesake of this series – Grand Theft Auto.  A couple of things to note here – the truck seems to be an actual 18-wheeler, with a separate cab and trailer.  See how the wheels on the right side are flexing in opposite directions?  That would be amazing to see in a game like this.  There appear to be cars loaded onto the back which begs the question…  is this just a mission screenshot or is this a side-mission business that the player can do whenever he or she pleases?  It’s interesting to me that the cop seems to be in hot pursuit, yet the lights aren’t flashing…  Hmm… 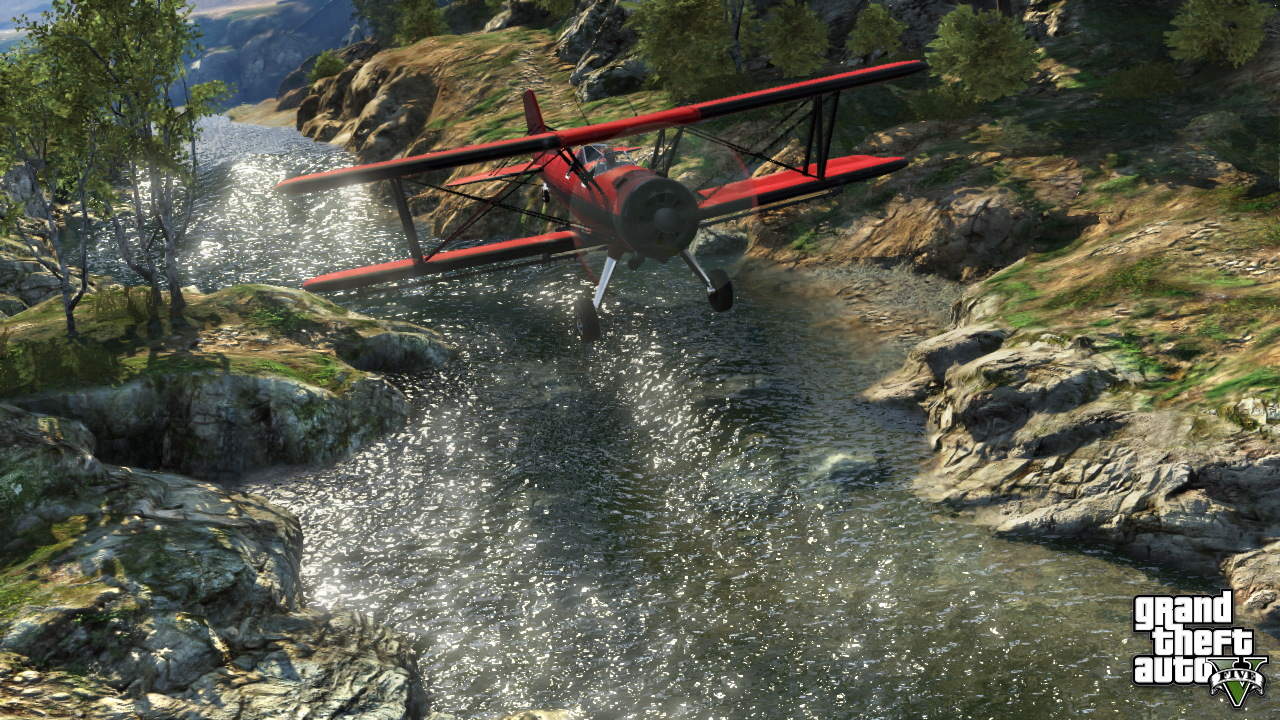 Crop dusting?  Red Baron reenacting?  It’s a wonder what this “business is” but a buddy of mine, upon seeing this shot, first took note of the second seat in the back of the plane.  Imagine a multiplayer scenario with a buddy of yours in the back, assault rifle in hand, raining fiery death down below.  Now that’s a scenario I could get behind!  The other thing that really sticks out to me here is how beautiful the water is here.  Sheesh.  It makes me pray that this isn’t just a render.  If the water looks like that in my copy when I put it in my console, I’ll be a very happy camper indeed.  Stunning. 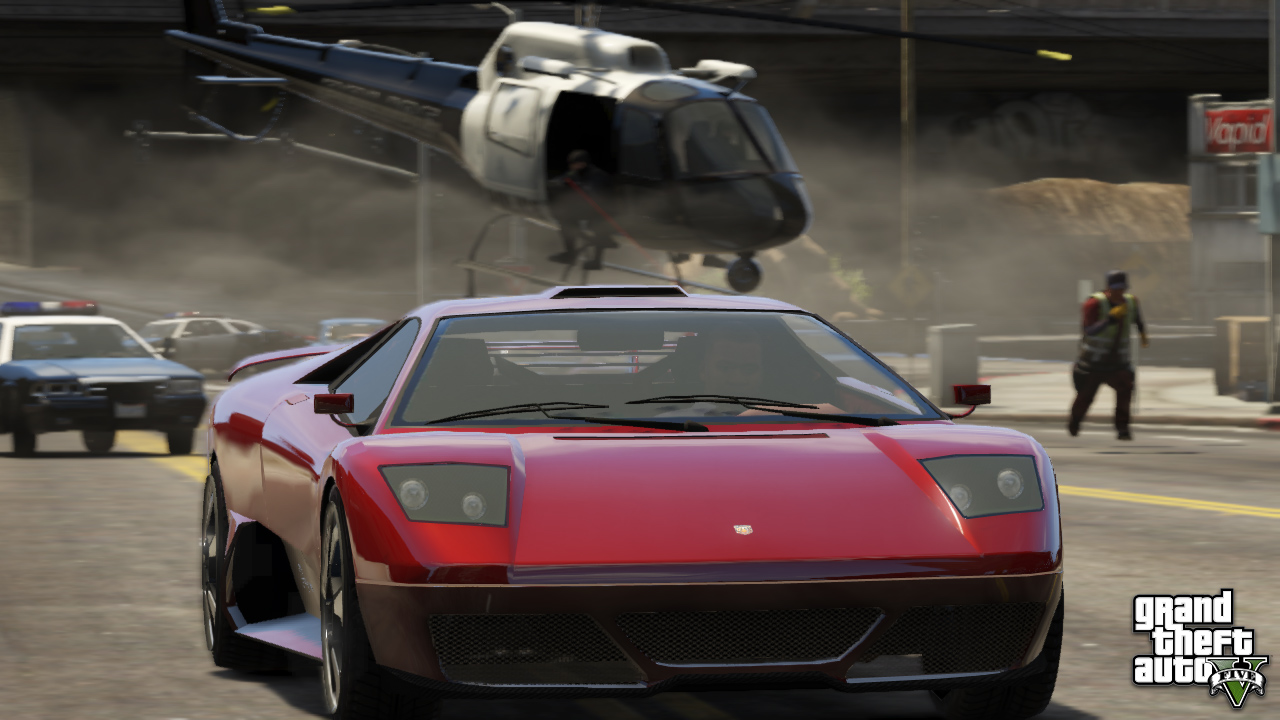 Not sure what business this one could be referring to…  But from what I can see here there’s a pretty sweet Infernus driving down the road, being pursued by at least two cop cars and a police heli.  Suffice it to say that this business is probably not something you’d see in the yellow pages as a legitimate one.  Note the Vapid signage in the background, too. 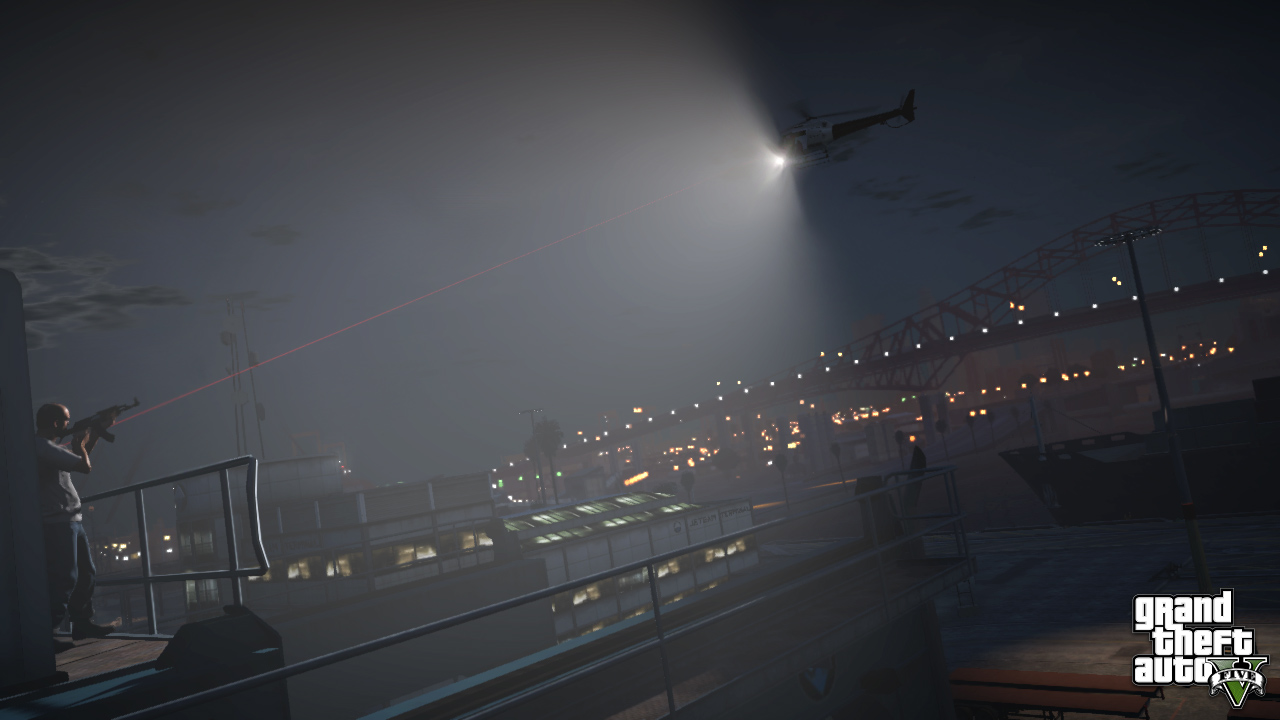 One can speculate as to what exactly a “businessman” is doing with an assault rifle with laser sight pointed at a helicopter.  At first I thought/assumed that the person holding the rifle is the main character in the game, but what if it was the person in the helicopter?  That also makes me think about the prior shot…  What if this was telling us about the ability we’ll have to play as cops in vigilante missions?  Hmm, who knows.  That rifle certainly looks serious, though!

So I know I likely missed a bunch of the little things here – what did you guys see that I didn’t?  Let us know in the comments below!