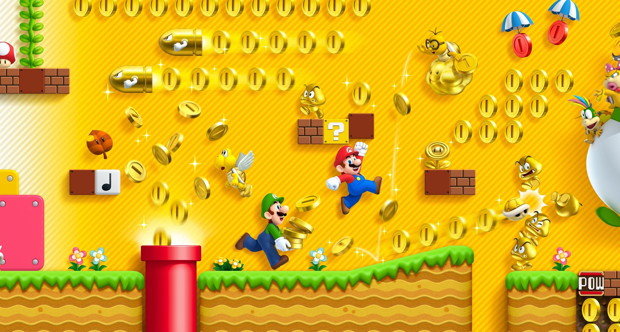 Wait games release on Sundays? Well they do, if you happen to be a fan of Nintendo’s first party titles. Alongside Mario’s latest adventure, New Super Mario Bros 2, Ninty also left fans a present in the form of the 3DS XL. If there was a Sunday that could take half a week’s pay, it’d be August 19th!

The 3DS XL boasts a better view angle for both 3D and multiple players, a 90% larger screen and rounder edges, making the handheld easier on the palms during extended periods of play. The system retails for $1999 USD, $30 than the price of the standard 3DS. It should be noted that XL does not replace the existing 3DS.

New Super Mario Bros 2 takes cues from the 2006 DS original and revisits classic 2D Mario gameplay with a few twists. This latest entry marks the return of the raccoon suit, originally introduced in Super Mario Bros 3 on the NES, and features an emphasis on coin collection! NSMB2 has a suggested retail price of $39.99.