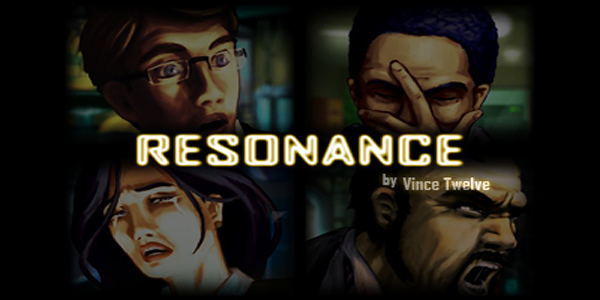 I’m indifferent, actually, towards point-and-click adventure games and visual novels. But, if it has a great story, likable characters, and lots of humor, I’ll at least try it. That being said, Resonance has to be one of the best point-and-click games I’ve ever played. It ranks up there with the Ace Attorney series (my favorite video game series), Monkey Island series, and Sam & Max series.

Resonance has you playing as four main characters: Tolstoy “Ed” Eddings, Anna Castellanos, Raymond Abbot, and Officer Winston Bennet. Ed is a mathematician who works for a physicist named Dr. Javier Morales. He struggles to make ends meet, and he seems to have the strength of an ant. Anna is a doctor and daughter of Morales, Ed’s boss. She has frequent dreams (more like nightmares) throughout the game where she’s a child running away from a monster. Raymond (Ray for short) is an established journalist who’s looking for a big scoop. Officer Bennet is a cop who’s not afraid to break some rules in order to find the truth.

The plot of Resonance is filled with twists and turns, right up to the very end. The game itself, however, starts out like a normal day in society. Ed wakes up, takes a train, tries to flirt with a girl, and goes to meet with his boss. This sense of normalcy lasts for only an hour or so, as you begin to learn about Resonance (which also happens to be the name of the game). To put it simply, Morales discovers a new form of energy through experimentation with particles. This energy can be used to either greatly benefit mankind, or completely annihilate it. The government and underground organizations find out about the man’s discovery, and start to hunt him down. This brings us to the main objective of the game: finding Morales’s vault that contains the information about the powerful energy. 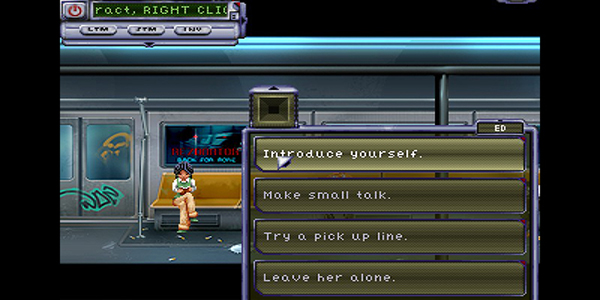 It’s not just the story that makes Resonance so appealing, however. The characters and dialogue help add to the overall experience. Each of the four characters bring something unique to the table. For example, Officer Bennet has his influence in the police department, Ed has his science knowledge, Ray has connections with very helpful people, and Anna can access certain areas of a hospital that are only available to higher-ups. In order to beat Resonance, you’ll need to put yourself in each character’s shoes.

There’s a lot of puzzles in Resonance, as to be expected of a point-and-click adventure game. They each require a good amount of thinking to complete. You’ll try and drag a key out of a locker with a magnet, use a crane to pick up files (easily the hardest part of the game for me), and hack into a terminal by using cotton swabs and a password hacker, to name a few examples. Some of the harder puzzles could take you anywhere from half an hour to an hour to complete. Guides will help you out for the most part, but some instances of the game are randomized, so it won’t be a complete cakewalk. My advice is to  put every item you see in an area into the STM column (which I’ll explain very soon), and use them in conversations. 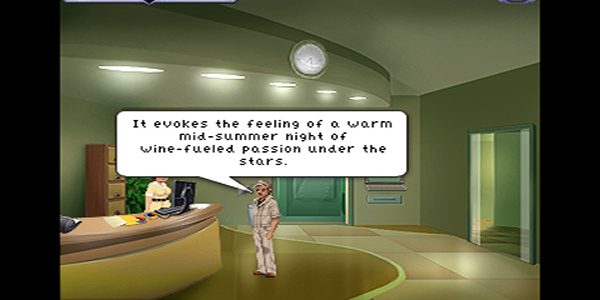 When you’re not busy working on puzzles, you’ll be interacting with other characters. There’s a lot of dialogue options available, and they’re all humorous enough to justify pursuing them. Once you start up a conversation with someone, you can drag an item from the STM (Short-Term Memory), LTM (Long-Term Memory), or INV (Inventory), located on top of your screen. The LTM column holds flashbacks to earlier events, the STM column contains items (you can drag items in the background over to it), and the INV column holds items that you find and pick up. Throughout Resonance, you’ll need to combine certain items by dragging one item onto another, and drag items over to a certain box on top of the possible dialogue options that appear when a conversation starts.

It’s worth noting that certain items can only be used by certain characters; you’ll have to find out which item works with who. While you’re trying to figure out who to give an item to, however, keep who they are in mind. Ed is a fragile guy, and he can’t use items like a wrench too well. Officer Bennet is a bit on the large side, so he can’t fit into tight spaces. 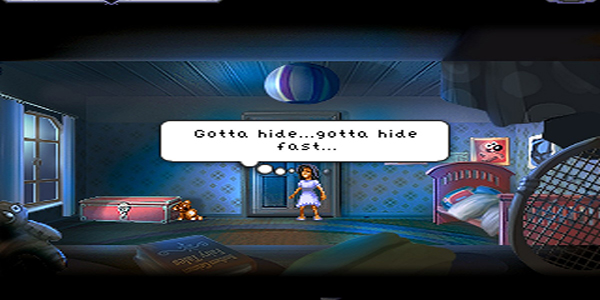 Resonance did a fairly decent job with helping me figure out what to do next. The characters will often think to themselves about how to use a certain item or where to go. These hints won’t completely give away what you need to do, but they’ll push you in the right direction.

The city of Aventine is well-lit, but not too lively, unfortunately. You’ll often notice that your character(s) is by themselves, even in places that should be relatively lively such as a hospital. The environments in Resonance more than make up for the lack of people, however. The artists really made the game’s world feel like an actual urban city, with cracks on streets, broken-down cars and buildings, and flickering sign lights. Also, what would an urban area be without some graffiti painted on the walls or trains? 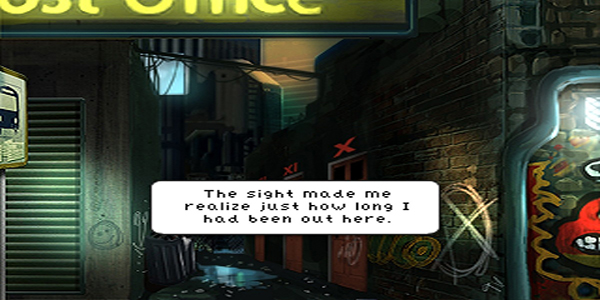 The music of Resonance completes the game’s atmosphere, as the tracks add to the situations that you’ll find yourself in. Smooth jazz will play as you explore Ed’s apartment, while a dramatic melody on the piano plays as you try to help Anna avoid a monster in her dream. Occasionally though, you’ll be stuck on a puzzle, and be forced to listen to one track constantly. Not only that, during a certain part of the game, you’ll most likely hear dialogue that has already been spoken multiple times. It’s a minor complaint, but more dialogue and tracks would be appreciated.

The voice acting in Resonance is solid, and gives each character their own unique personalities. Ed sounds like a Steve Urkel-esque character (which is fitting for his appearance), and Officer Bennet sounds like a hard-boiled cop. There’s even an actual Japanese woman in the game who has a perfect accent. Needless to say, the acting is impressive for an indie game.

The game will take about 10-12 hours to play, which is to be expected of a point-and-click game. Replay value is practically non-existant, unless you enjoy finding every bit of dialogue possible. There’s two possible endings that you can see, but you can actually save before choosing which ending to go for. 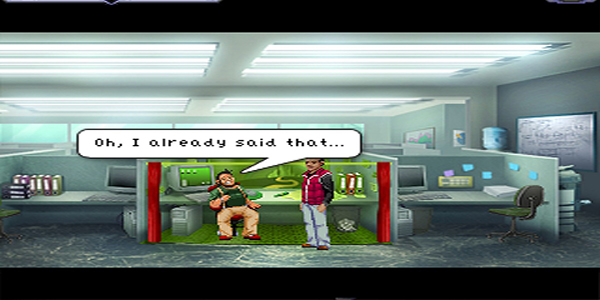 I have to say, Resonance really resonated with me (you know I had to say it). I couldn’t stop playing, even when I was stuck on a few puzzles, because I wanted to see what would happen next in the story. Resonance really reminded me of the older point-and-click games like I Have No Mouth, and I Must Scream, with its low-resolution pixel graphics and hefty amounts of puzzles. With that said, if you like a gripping story, comical banter, and intricate puzzles, Resonance is a must play.

Resonance is available for purchase right now on Steam for $8.99 until August 1. After that, the price will go up to $9.99. See the game’s official site at http://www.wadjeteyegames.com/resonance.html.