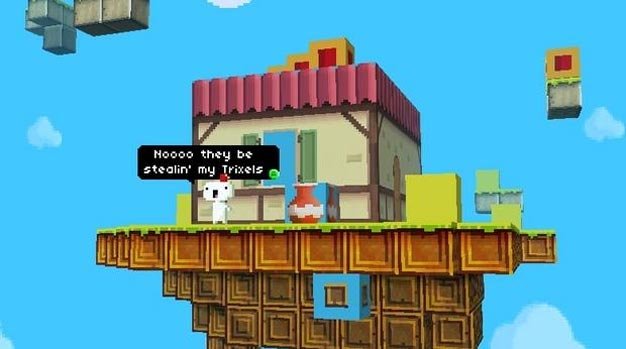 Microsoft and Polytron, the developers behind the recently released Fez, are at a standstill when it comes to issuing a patch to correct a save-data corrupting glitch. Now that both companies have issued statements on the matter we have a clearer picture about their disagreement, namely that while it may have centered on the funding for a second patch Microsoft was willing to negotiate.

The save game glitch only affected 1% of users Polytron informed the gaming public in a statement earlier this week. They stressed that such a patch made no sense from a financial point of view, given the costs outlined by Microsoft. Polytron took a further jab at Microsoft by stating that the game would have been patched on Valve’s Steam service just weeks after releases with no cost to the developer. Polytron took a stab at both Microsoft’s rumored $10,000 minimum price per title update to developers and the certification process for games/updates that is known to take weeks or months to complete.

“Microsoft gave us a choice: either pay a ton of money to re-certify the game and issue a new patch (which for all we know could introduce new issues, for which we’d need yet another costly patch), or simply put the patch back online. They looked into it, and the issue happens so rarely that they still consider the patch to be “good enough”.”

Microsoft has now responded to the claims that the costs of re-certification and patching were a barrier to fixing an error that affected only a small percentage of users.  They reflect all of the blame put on them by Trapdoor, stating that it was a joint decision by Polytron and their investors to not pursue a fix for the game. Judging by the last mine in the statement, Microsoft may have had a little wiggle room with their suspected $10,000 price point. Unfortunately they didn’t outline how much individual title updates usually cost developers or if the negotiated price with Trapdoor was anywhere close to their regular rate.

“Microsoft Studios chose to support this decision based on the belief that Polytron/Trapdoor were in the best position to determine what the acceptable quality level is for their game. While we do not disclose the cost of Title Updates, we did offer to work with Trapdoor to make sure that wasn’t a blocking issue. We remain huge fans of Fez.” Microsoft informed Giant Bomb.

For the time being it looks like Fez fans will have to make do with what they have. The prospect of a patch to fix the save-game glitch is fleeting as both companies take shots at each other.