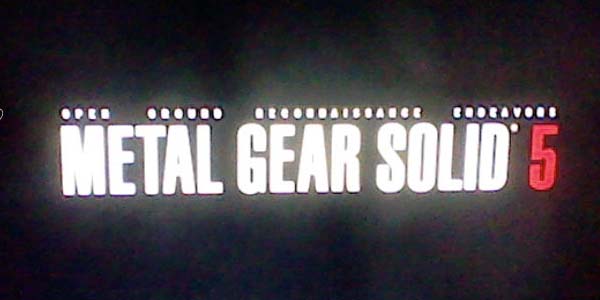 Fans and blogs alike where alight with news that the logo for Hideo Kojima’s next project Metal Gear Solid 5 had been shown at the San Diego Comic Con. Konami was quick to squash these rumors, and considering that fact that the only source of the rumor was a blurred, camera-phone-esque, image of the supposed logo it’s just as well that it is fake.

As he usually does, Kojima-San addressed his fans , more specifically those who may have fallen for the fake logo, saying:

“That title logo is completely fake. Apologies to those who were looking forward to this.”

Beyond confirmation of the existence of MGS5 and several demos of the next-generation Fox Engine little is known of the project. If MGS4’s development cycle is anything like 5, then we will probably see some form of reveal next year prior to the PlayStation 4/Orbis’ launch.