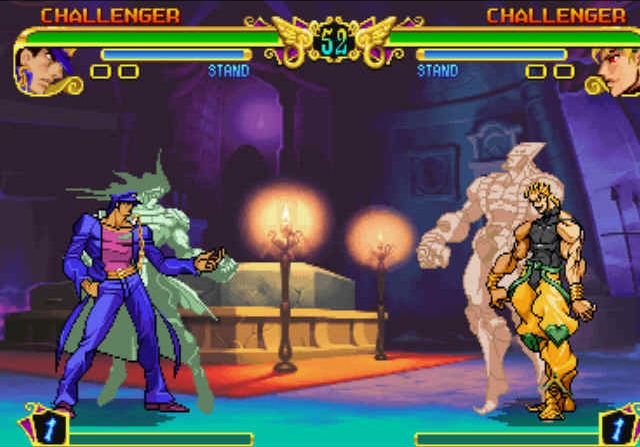 The original JoJo Bizarre Adventure was launched on the Sega Dreamcast over a decade ago and since then it’s one of the few Capcom fighting series, save for maybe SNK Vs Capcom, to see some form of re-release. This is about to change with the announcement of JoJo’s Bizarre Adventure HD for the Xbox Live Arcade and Playstation Network.

For fans of MVC3 or Super Street Fighter 4, JoJo may seem like a bit of a throwback. Sure it features super moves and devastating combos but there is less of a focus on performing over the top moves and more of a focus on chaining hits together successfully.

JoJo HD will be priced at $20 USD on the PSN or 1600 Microsoft points on the XBL, making it one of the more pricier offerings on each service. This HD port will also come complete with an online matchmaking system, similar to Super Street Fighter IV, which of course the 2001 original lacked.