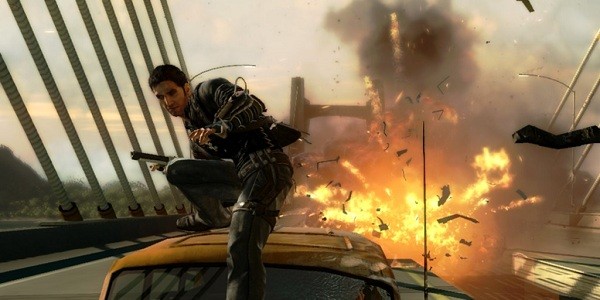 There are many reasons to enjoy the open-word extravaganza that is Just Cause 2.  They include, but are certainly not limited to, flying behind a gas canister that you’ve grappled onto after shooting it, taking insane base-jumping feats to the next level by adding guns into the mix, driving cars off cliffs with hilarious and oftentimes spectacular results, and of course that floating club that everyone’s been raving about.  One thing many a gamer was clamoring for, however, was a multiplayer mode.  Well, wonder no more!

A team has created a mod they’re calling (appropriately, I might add) JC2-MP and unsurprisingly it’s looking like a fantastic multiplayer mode that could have been created by the devs themselves.  Even better, Mangus Johansson, inserttitlehere, tweeted his support and compliments to the team.  Fantastic – I love it when a developer really gets behind projects like this.  But enough from me – just take a look at this trailer and start drooling over all the possibilities!