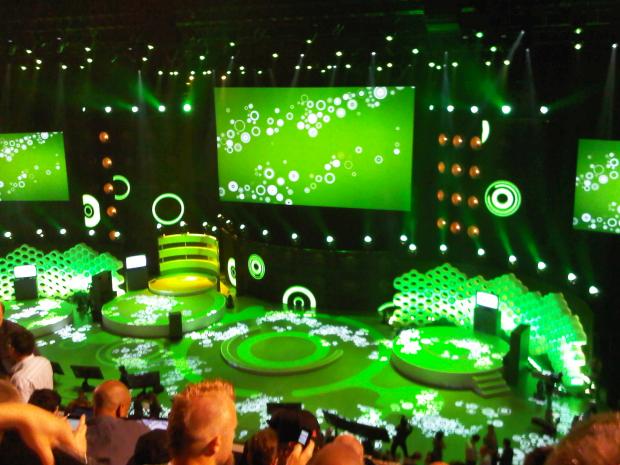 E3 is over and now it’s time for our staff to share their thoughts on the show. First up executive editor Kirk Wiliford:

Mark down E3 2012 as being one of the most boring, uninteresting and flat-out underwhelming E3s of all time. You know it’s bad when I can only recall one major new IP being announced, and although Ubisoft’s Watch Dogs looks absolutely fantastic, it wasn’t enough to save the show. From Usher concerts to TechDemoLand, there were lots of things to be concerned about going into the future of the E3 expo. Here’s just a snippet of what I thought about E3 2012, condensed into my three biggest questions:

Microsoft, who is your target audience?

While it seems like Microsoft tries to appease every audience it can in their press briefings, consider us confused after seeing them try to follow Matt Stone and Trey Parker’s South Park showing with an Usher concert. It’s truly sad when the highlight of Microsoft’s presser was the South Park guys coming out and mocking every kind of device integration that they’d been showing off for the past 45 minutes. Usher’s performance was supposed to be an announcement of Dance Central 3, but behind all the flashing lights and fog effects, you couldn’t even really see the game itself – and the cameras definitely weren’t focusing on any of the little bit of gameplay that was shown. Usher is a talented performer, but I can’t help but wonder if the time taken to do a live performance in front of a bunch of arguably tired members of the gaming industry and press was the best they could come up with.

Another thing – why, under any circumstances, would you close your show with a multi-platform game, especially one like Call of Duty? I sincerely hope we aren’t seeing the end of the “Oh yeah, one more thing…” kinds of surprises to close conferences, but if the lackluster conclusion of Black Ops II is any indication, get ready to see less surprises and more sequels of yearly franchises to close Microsoft’s show. Microsoft, to me, showed lack of faith in it’s own first-party studios by allowing Activision to leave the last mark on the morning.

To sum it up easy, it seemed as if the press conference was written and directed by Michael Bay – guns, explosions, and lots (and we mean lots) of people dying. If this was the vibe, then why was so much time dedicated to a pop concert and needless tablet/phone/Xbox integration? Your guess is as good as mine.

Sony, where is the Vita?

With Sony’s market value at it’s lowest point in decades, I fully expected some big announcements to try and revive any kind of customer faith in their new handheld, the Playstation Vita. Never would I have guessed they would practically leave it out of their show altogether.

No price drop and only a few new games were shown – after the 3DS’s rebirth in the middle of last year following it’s own lackluster launch window, which included free games for early adopters, promise of new titles, and a $70 price drop, Sony answered with two things: Sony Smash Bros (also known as Playstation All-Stars Battle Royale), and Assassins Creed 3. Sorry, Sony, but that isn’t enough for us to fork over $250 – especially when your own vote of no-confidence was so obviously displayed at the show. 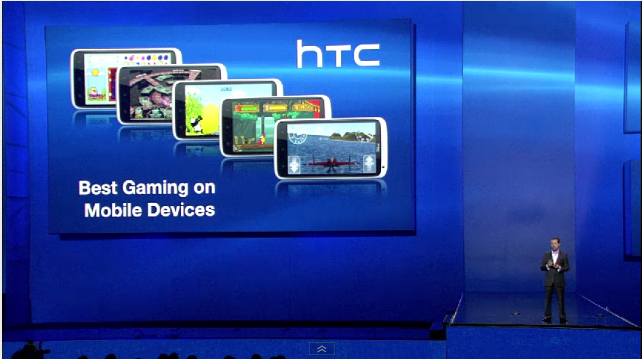 Sure, there’s other titles coming to the system from third party developers, such as Atlus’ Persona 4: The Golden, but with the handheld already becoming discounted and bundled with launch titles around the country, why not just make it official and admit their mistake like Nintendo did, lowering the price and giving early adopters access to some free PS1 games? Humility is something Sony was shoving down our throats during E3 last year following their awful hacking event – a year later, they seem to refuse to believe that the Vita is in incredibly bad shape, which is not a good sign for the direction of the company under newly-crowned CEO Kaz Hirai.

The Vita is beginning to flat line, and Sony needs to be there to zap it back to life before it’s too late. Here’s hoping we’ll see something within the next few months, perhaps at GamesCom, Penny Arcade Expo or the Tokyo Game Show.

Nintendo, where are the games?

Everyone – everyone – was expecting more from Nintendo than what they showed this year. After opening their conference with their star developer showing off his new game in a frankly adorable way, I bet I’m not alone in thinking that perhaps Nintendo had finally realized what so many people criticized their past conferences for – lack of anything interesting. Finally, we’ll get to see what the Wii-U is really capable of! HD graphics, a potentially revolutionary new controller, and promise of a brand new online infrastructure all headlined anticipation from fans, and even now, nearly a week after their conference, we still know close to nothing. 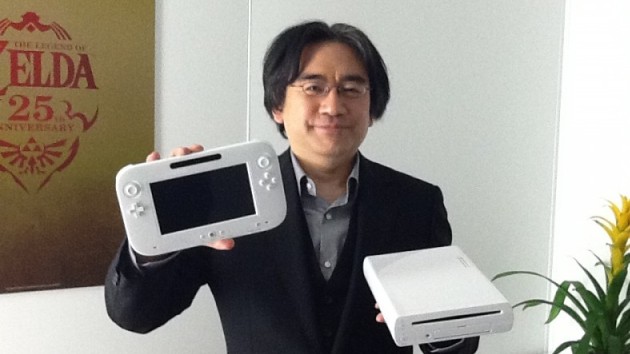 Sure, we saw Pikmin 3. We saw Zombi-U. We saw a list of some blockbuster titles from the past year that are being ported to the system. That’s all great, but where are the new games? Absolutely nothing we saw at Nintendo’s show told gamers that their new console is capable of anything more than their Xbox 360s or PS3s are capable of now. It can play Batman: Arhkam City and Mass Effect 3 – that’s great – but where are the new titles designed specifically for Wii-U that actually utilize the new graphics, Nintendo’s first HD console, and the Wii-U Gamepad? Zombi-U is the closest we got, and even then, it didn’t seem like there was any integration of gameplay between the normal controls and the Wii-U gamepad other than the occasional giant notice on the screen saying “LOOK AT THE WII-U CONTROLLER.” When gamers were asking all of these questions, Nintendo offered only one word – one that will continue to haunt Nintendo fans for years to come.

After seeing so many amazing tech demos last year, we were lead to believe the Wii-U was capable of some astounding visuals along with innovative gameplay. We wondered what we’d see this year. Instead, their Wii Sports-esque “killer app” that Nintendo expects will explain to gamers what their console is all about is a giant tease.

Nintendo fans have long called for a new F-Zero. They’ve begged for a truly HD Zelda title. Instead, we get incredibly underwhelming minigames that are themed on Nintendo’s main franchises, ranging from aforementioned F-Zero to Animal Crossing. They aren’t even original games – from what we’ve seen, Nintendoland appears to mainly be a compilation of some of the tech demos shown last year with a shiny coat of Nintendo Franchise paint on them. The game seems completely uninspired and isn’t anything like what gamers wanted to see from the console. 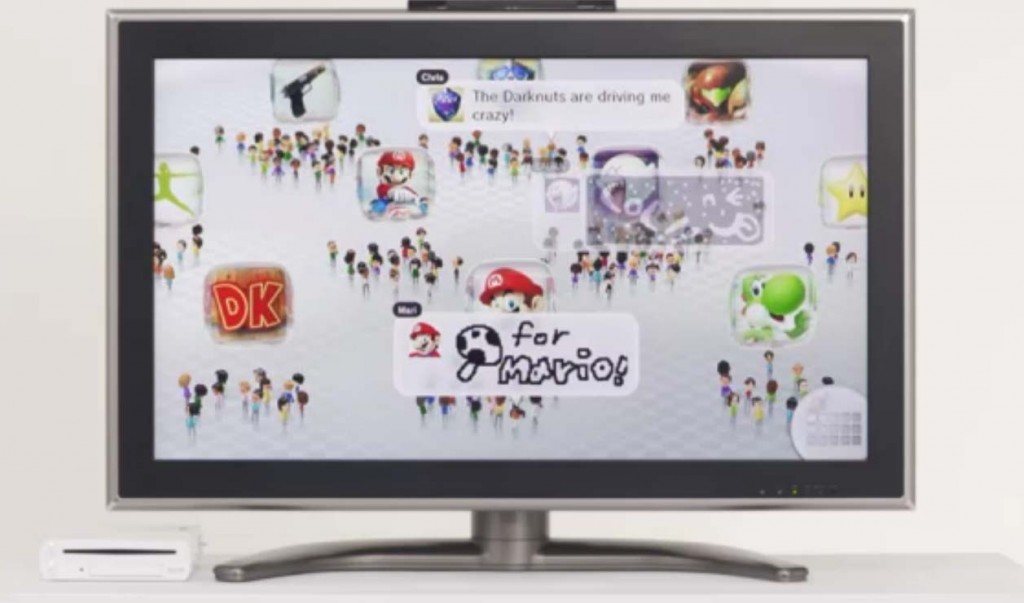 Sure, Nintendoland may have the potential to be a fun game – especially if it’s packed in with the Wii-U console as rumors suggest – but if it’s truly the best Nintendo can do to show off the Wii-U’s power, then they’re in for a rude awakening when the next Xbox and Playstation consoles roll around, whenever that may be, carrying hardware powerful enough to run newly-announced engines like Epic’s Unreal 4 and Square-Enix’s Luminosity engine. Nintendo has to have something more to show us about the console. For a product launching in mere months, gamers – customers – continue to be left in the dark, reaching endlessly for an answer of what the Wii-U is capable of, and if hardcore gamers should even bother with it to begin with. Nintendo’s lack of answers, and the embarrassing lineup of their new console, was by far one of the most disappointing things to come out of E32012.

A quick note, not all of E3 was disappointing. For possibly the first time ever, the general consensus seems to be that Ubisoft, a third party studio, “won” E3. I definitely agree with this – Assassin’s Creed 3, Far Cry 3, and new Splinter Cell and Rayman titles were fantastic to see. Even still, though, the biggest surprise of the show, and one of my most anticipated games of 2013 is easily Ubisoft Montreal’s Watch Dogs, which is a cyberpunk-styled open world game that not only looks fantastic, but has tons of insanely fun looking gameplay elements. Hacking power grids to screw up phones and traffic lights? Sign me up.

It’s with that we say thanks, Ubisoft, for not falling in the seemingly growing pitfall that other industry giants are voluntarily jumping in to.