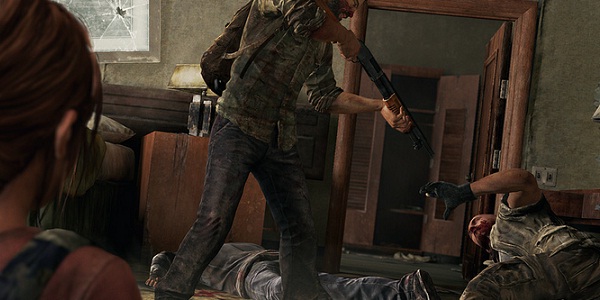 The end of the world has a notorious habit of showing us who we truly are. Thankfully, none of us have had to experience the end of the world, and since the whole Mayan thing is nonsense we shouldn’t have to any time soon. But we have bucketfuls of stories, ramping up sharply in number since World War II due to the fact that nuclear weapons made the eradication of human civilization relatively affordable and convenient, like a minivan.

Naughty Dog’s forthcoming The Last of Us presents a world whose end was less cataclysmic, but just as horrific. In their original teaser, the main characters Joel and Ellie (voiced by the waitress Captain America saved) fight off both a presumably human thug, and a… spore monster?

But who’s the bad guy? 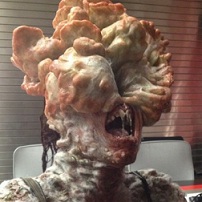 The instinctive answer is ‘zombies.’ Whatever the monsters are, aside from the cause/consequence of whatever happened to bring everything we know to a bloody end, they aren’t zombies. Well, they’re sort of zombies. They appear to fill the zombie role, even if they aren’t strictly formerly dead people reanimated through magic/science/Michael Jackson. So, clearly, they are the bad guys.

Except, at E3, we were given a seven minute video in which our duo comes across a band of human scavengers who are exceptionally aggressive, and who have no qualms about killing people to take their precious supplies. They’re the bad guys, right?

Or they’re both the bad guys, and our journey to wherever we’re going is beset on all sides by wicked men and things that look like what happens when you leave cauliflower on the counter a month too long.

Call me greedy, but two antagonists aren’t enough. Not today.

I want one more.

I want to be an antagonist, too.

I don’t mean that in a Darth Maul kind of way. Or in a zombie kind of way. Actually, zombies make pretty terrible antagonists. The difference between a “meh” zombie movie and a great zombie movie is whether the writer understands that zombies are only interesting and meaningful when they are an environmental danger and not given agency. They have no true motivations or goals, are incapable of abstract thought or of making any significant evaluations of their situation.

In that way, zombies are a lot like babies.

When the undead are used correctly, they are essentially like a blizzard trapping Arctic explorers in their shelter. If you go outside, you die. If 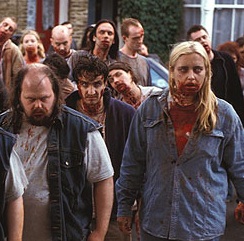 what’s outside gets inside everybody dies. No one from outside can help you because they’re all stuck in the same predicament you are, and food and sanity are in short supply. Zombies are like that, but jacked up on amphetamines and heavy metal.

(This is, of course, excepting liches. Liches are intelligent as well as manipulative, and if you encounter a lich please remember that a shotgun blast to the head generally won’t do the trick. You have to destroy its phylactery.)

A prime example of this is Robert Kirkman’s The Walking Dead. The point that Kirkman is making is that, when the world goes to hell, the zombies will scare you some of the time, but your fellow humans are what you need to watch out for all the time. The things that people do to each other in that book makes what the zombies do a rustle of leaves in the wind. Zombies can’t help what they are or what they want any more than the basest animal surviving on instinct. A lion cannot be called evil for devouring a gazelle. Humans, however, sacrifice others to save themselves. They lie and steal and murder. They are jealous and vindictive and selfish.

When I say I want to be an antagonist, I mean that, to someone in the story, I want to be the bad guy. I want Joel’s needs to collide with the needs of another character in a way that cannot, in any way, be resolved amicably. Often in video games, “choice-based conflict” between the protagonist and another character comes down to whether you want to do something good for that person or something bad to that person. You can help them (sometimes at personal cost to yourself) or you take what you want. Be a Paragon or Renegade in Mass Effect. Save the city or dominate it in Infamous. I want something that stabs deeper.

I want Joel and Ellie to encounter another pair also scrounging for survival. An adult woman, strong and able like Joel. A small boy, maybe eight or ten years old, not yet capable of looking after himself like Ellie can, which puts a greater burden on the woman. The four of them work together for a while, but food and supplies become more scarce. It is was already difficult to find food for two, let alone four… but what is there to do? Abandon the boy, so that everyone left in the group can carry their own weight? Abandon them both (since the woman would never leave the boy), essentially sentencing them to death on their own? Kill them and take their supplies, providing a buffer against desperate scarcity?

The easy (and useless) answer would be to have the group stumble upon a cornucopia of unspoiled and undiscovered canned foodstuffs inside a perfectly secure facility with easily defensible entry points that no one knows about. But there’s a reason that the Romans invented the term ‘deus ex machina,’ and that reason is that it was already a lazy storytelling maneuver two thousand years ago.

We need to be given that choice. We need to be the agents. We should be given the opportunity to decide which terrible thing we can most live with, because that is where we will learn the most about Joel, and Ellie, and ourselves.

Naughty Dog has built for themselves an amazing opportunity to talk about the end of everything important and great about humanity. They ought to ensure that the game’s title is not merely a reference to what little number of humans are left alive. This game really should be about what happens when the very last vestiges of what makes us great are ripped apart and threadbare, when society and accountability are not only irrelevant, but dangerous. Its most powerful message should be what we see when the values of humanity are running on fumes, when we are left with the very last of “us.”

Tags: naughty dogthe last of us