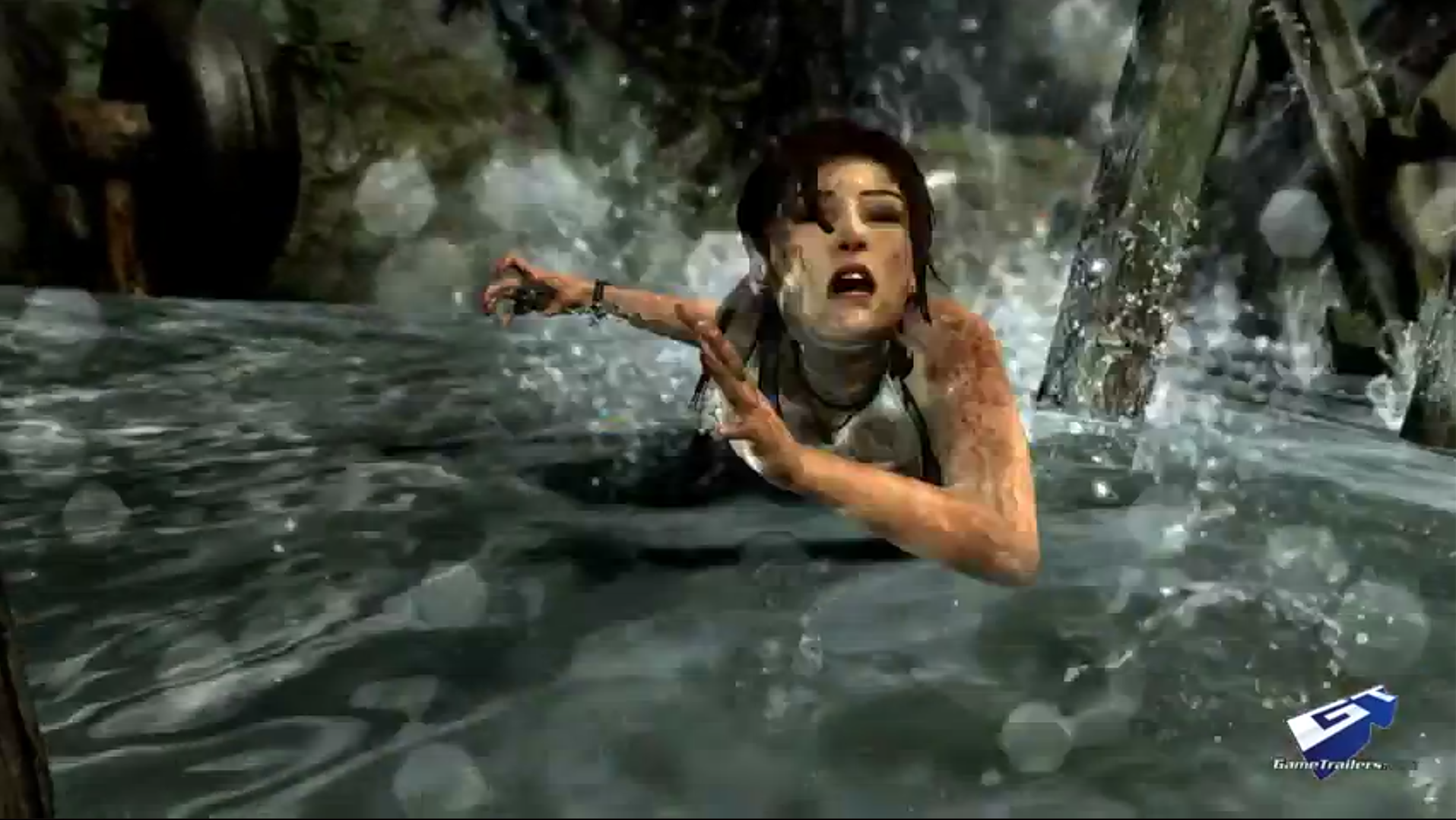 From Crystal Dynamics they bring forward Tomb Raider. The demo showed is an action sequence showing off a bunch of really cool stuff. Opening up with showing off the mechanics of the hunting bow that Lara uses.

The game utilizes lightning fast movement and action. Where Lara can be in and out of combat within seconds. Showing off lots of great environments too. From the AI having conversations amongst each other to the rain steadily falling.

Added in are execution moves. One shown was after striking an enemy with an arrow, she runs forward and pushes an arrow straight through the enemies throat.

The plat forming is in a class of its own. Shown is a scene where Lara rushing through fast rapids having to dodge all sorts of debris in the water. Which this scene evolves into her paragliding through a thick forest and the player has to safely make her land. All of this happens in just a couple minutes.

Described as a “survival action” title Tomb Raider is looking to be very promising and a real competitor to the other major title that many will compare it to, Uncharted.

Tomb Raider is one of those titles that is exciting enough that it may just leave with a “Best of E3” award or two. Stay tuned for more information after the conference.