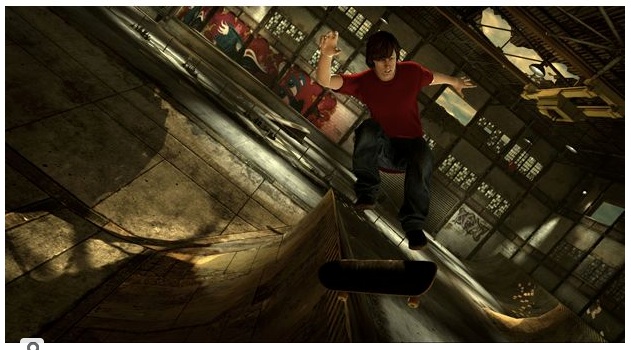 Activision is set to take the Tony Hawk franchise back to its roots with this summer’s Tony Hawks Pro Skater HD. The game revisits a simpler time when racking up a high score and collecting letters actually meant something. Gameplay mechanics and level design aren’t the only thing lifted from the early 2000s, the game’s soundtrack will also transport you back an entire decade.

Back in ’99 – ’01 when the first two Tony Hawk games were released back on the Dreamcast and original PlayStation Nu-Metal and rock bands where still king. Tony Hawk HD pays homage to these musical styles with a collection of songs from the first two games combined with a few new artists.

The full track list was recently revealed in an interview with Sound and Vision magazine. Check it out below:

“We the People” Lateef the Truthspeaker

Ken Overby, the producer of Tony Hawk HD, had this to say about what made the second game’s soundtrack so special:

“You can definitely listen to whatever you want, but the soundtrack is still a part of the title. There were rumors leaking out that there weren’t going to be any of the original songs and the fans were very upset with that. Then you have people saying, “make your own custom soundtracks and put that in there.” That might have been all right for some people but it kind of goes to the whole thinking of make the fans happy.”

I kind of gave up on the Tony Hawk games after the fourth installment. I tried to play Project 8 once it hit the bargain bin but the spark just wasn’t there. I am really hoping that HD recaptures the spirit of the earlier games, and hey hearing some of the tunes from my teenage years might not be so bad!