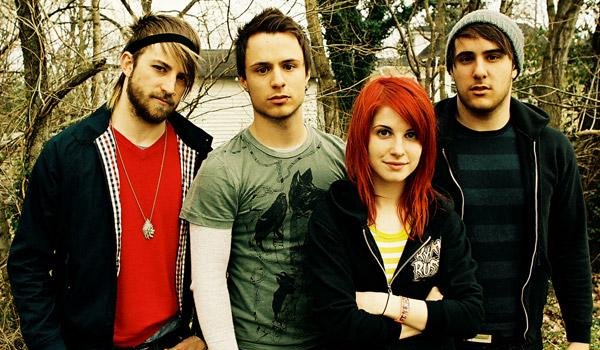 Hello out there!  This is the first of a series of weekly mini-reviews for the DLC that is released each week for Rock Band.  As I am just starting these out, I’m open to comments and suggestions, if you guys want to see things in a different format or what have you.  I’d also like to brand these things with a catchy title, and I’m open to suggestions on that front too!  So thanks in advance for reading and if you have any comments, please leave them below in the comments section or feel free to email me at jesselord@brokenjoysticks.net.  Cool!  So without further ado, let’s get started!

First of all, the format of these articles is a bit of a review, but not really a score-based system like our full-blown reviews here at Broken Joysticks.  To that end, I’m employing a regular news post for these articles, and rather than assigning points to the DLC packs I will give them one of three ratings:

And finally, before we get into this week’s DLC, let me give you some info on me and my history with Rock Band – I’ve played rhythm games since the original Guitar Hero on the PS2.  I’ve loved most all of them (but the Guitar Hero series lost me after World Tour), and with Rock Band I realized that maybe, just maybe, I could actually play the real drums.  The little four-pad drums from Rock Band 1 taught me the fundamentals of limb disassociation, and Rock Band 2 incorporated cymbals into the mix somewhat.  My darling wife bought me an ION Drum Rocker Pro kit as an anniversary gift, which I then started to upgrade with a better hi-hat cymbal and a real e-kit kick drum and eventually an electronic snare, and then it was just a matter of time before I sat on a real kit to see if my Rock Band skills translated to the real world.  They did!  This past Sunday, May 13th, marked the first time I played drums on stage at my church, and it was amazing.  So I am understandably excited about this game and want to offer up my perspective on the new DLC each week that it releases.

Ahh, Paramore.  This is a group for which I have a great affinity.  This is partly because I consider them one of my guilty pleasure bands (I went to a concert and felt as though I needed a walker.  So. Many. Pre-Teen. Girls.), and partly because it was some of their music that I first tried playing on a real drum set once I realized that I had the skills to play for real.  And I am not alone in the love.  The three songs are “The Only Exception,” “Ignorance” and “Brick By Boring Brick.”  I’ll keep holding my breath for “All I Wanted Was You” to come one of these days…

This one is kind of a mixed bag.  I primarily play the drums when I play Rock Band, and for me to put this song on and just sit there for just about half of the track would not really cut it as a whole.  However, the guitar part is an easy chord-fest with an interesting-enough strum pattern.  The bass isn’t the most interesting thing out there.  Really, this is a vocal-centric song.  I imagine it will be played often when we have a party at my place.  It’s going to see most of its traction there, I think.  It’s a beautiful tune, just not the most interesting.

Ah, now HERE is a song that will feature the drums prominently.  Full of syncopated beats, steady consistent kicks and coordination-challenging fills, this track will really test the limits of some drummers out there.  The guitar and bass are also given a good amount of fun licks to play.  It’s nothing that’s going to melt your face off, but it will certainly prove to be fun.  Vocals include three-part harmonies if you’ve got the friends and the mics to accommodate such a desire, and other than that you can just belt out the lyrics at the top of your lungs.  Hayley would want you to do it this way.

Finally we come to “Brick by Boring Brick.”  This is a lovely little ditty rife with good parts all around.  It even has one component that my good friend would tell you is key for any great song – clapping.  Feel free to argue with him if you must, but I’d say he’s got it right on the money, personally.  The drums just never stop, the bass chugs along and helps solidify the root of the song structure while the guitar and vocals serve up the main melodies.  It all comes together to make an awesome-sauce sandwich that you can’t put down.  I did find it interesting that in some parts I would have expected to play one guitar part when in fact the other was being shown to me in the guitar lane, but it’s not nearly enough for me to hod it against the track.

As a whole, this track pack has something for everyone.  Each musical instrument (including the vocals) gets a good amount of focus from this group.  Bass is probably the least-focused-on in the trio of cuts, but that tends to be the case always (still waiting on Harmonix to release Maxwell Murder as DLC!).  You also find in this pack the basic trifecta of what makes for some great Rock Band purchasing:  1) Songs that are genuinely fun to play, 2) Songs that people will know, thus increasing their chances of getting picked when you have people over, and 3) Songs that have just enough challenge that you won’t fall asleep while playing them after a while (I’m looking at you, Weezer tracks).  So all in all, I think your music library would be well-served having this track pack inside of it.  Get going, rock on and keep it up!

So there we go – again, I appreciate your feedback – let me know what you think!  What can be tweaked?  What is great, and what needs improvement?  Looking forward to any and all feedback!