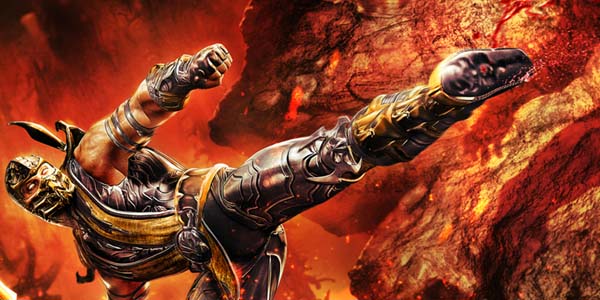 Last year’s Mortal Kombat brought the series back from the brink of obscurity and almost self parody. In my opinion Nether Realm Studios not only gave the franchise a much needed shot in the arm by undoing several games worth of changes but made the whole thing more accessible to a whole new generation of fighting fans. Now a full year later can Nether Realm repeat their success with the first fully fledged Mortal Kombat title on a handheld?

Some games within the Vita launch window haven’t really lived up to Sony’s “Console Level Gaming” ad campaign, Ultimate Marvel Vs Capcom and Uncharted aside. Nether Realm Studios not only ported over the entire 2011 Mortal Kombat  reboot to the Vita but they also included all of the previously released DLC, new costumes and even a set of Vita exclusive challenges and features (more on those in a bit).

Regarding traditional controls If there was any portable system that begs to have fighting games ported over it is the PlayStation Vita. The dual analog sticks give you a degree of control that almost perfectly emulates the console experience, assuming you are used to playing games like Mortal Kombat with a controller instead of a fight stick. For those who are looking for more accuracy the PS Vitas D-Pad also does a fantastic job, Nether Realm did not have to make any concessions when it comes to pulling both standard and super moves on Vita. Part of the credit for this accomplishment goes. 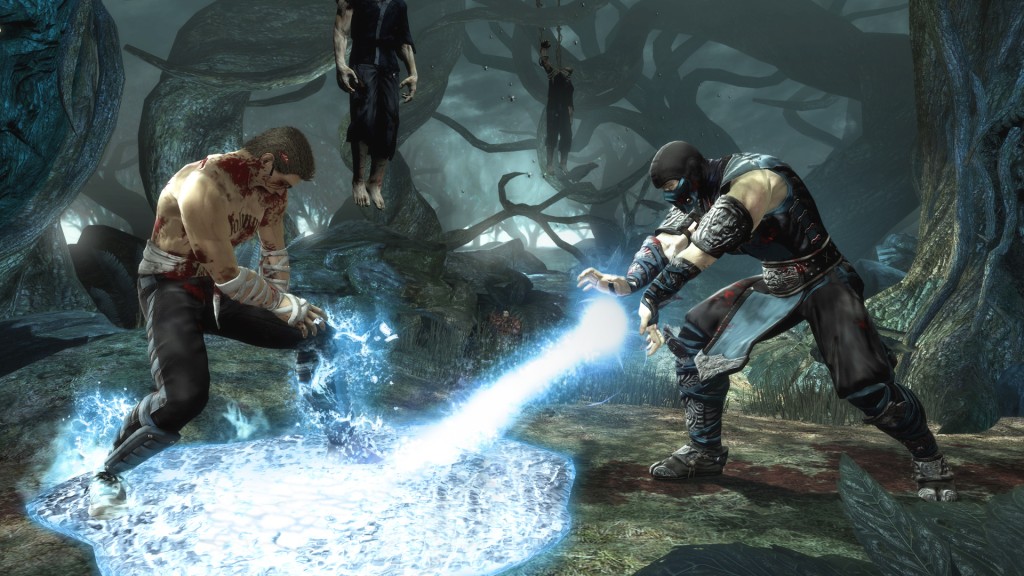 In terms of Vita specific controls there are a number of small additions added to the game that take advantage of the system’s gyroscopes and touch screen. In a smart move on Nether Realm’s part the touch screen portions of the game are actually relegated to a vita specific set of challenge maps available from the main menu. There are a strong variety in these games including a fruit ninja rip off that has you swiping the screen to destroy skulls and bloody heads instead of say fruit. The other dedicated Vita mini game “test your balance” has you balancing a character over a lava pit using the gyro sensor to balance them. Test Your Slice is clearly the stand out in regards to the vita specific features but the fact that the later stages are locked behind a challenge ladder makes playing them for quick bursts on the bus a lost cause.

If you are looking for a fighter with depth, and my review hasn’t already made this clear, Mortal Kombat is the game for you. Featuring a roster of over 32 characters including the previously DLC only Freddy Krueger, Skarlet and Rain there is definitely a fighter or two that will suit your play style. The story campaign of Mortal Kombat packs in a very lengthy campaign clocking in at about 5 hours, which when you consider this is being played on a handheld could take you forever. As is the precedent with most modern fighting games you can jump right in and fight a ladder of opponents with two final boss fights. This might be the most time honored fighting game tradition but while I played Mortal Kombat in a casual environment (off and on again between commutes ect) this was the most enjoyable aspect of the game. You can easily play a few rounds, pause the system, and pick up the game later on in the day. 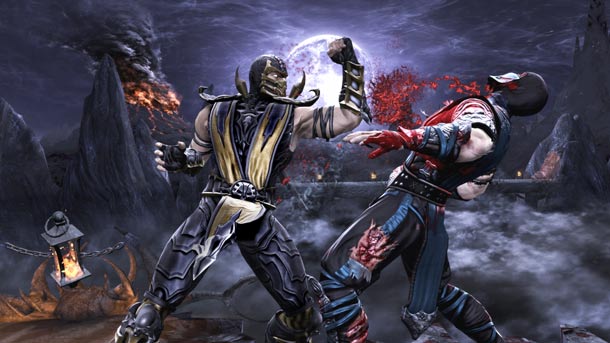 If you are still with me you’ve probably got the idea that Mortal Kombat is the real deal when it comes to modes and fluid gameplay & controls. You’ve probably noticed that I haven’t mentioned graphics yet, and I’ve been kind of dreading this, because the graphics in Mortal Kombat for Vita are hit and miss. The 2D artwork, everything from the title screens and the menus, look fantastic and could sit side by side next to their console brethren. Up close character models can appear jagged, especially when compared to the PS3 build of MK running side by side. I am unsure if this is due to the lower resolution of the PS Vita or the fact that they had to cram what is essentially an 8GB game into a 3GB digital download.

In the end Mortal Kombat for PlayStation Vita is a definite recommended purchase for fighting fans looking for something other than CapCom fare on Sony’s new handhelds. That being said there are some minor issues that keep the game from truly being a “must buy” for every Vita owner, namely Nether Realm’s decision to lock some of the casual friendly behind a multi-level challenge tower and the minor graphical glitches that may occur. From a technical standpoint it is great to see a console game translated so well from the PS3 over to Vita with new features added instead of developers subtracting features for their portable releases.