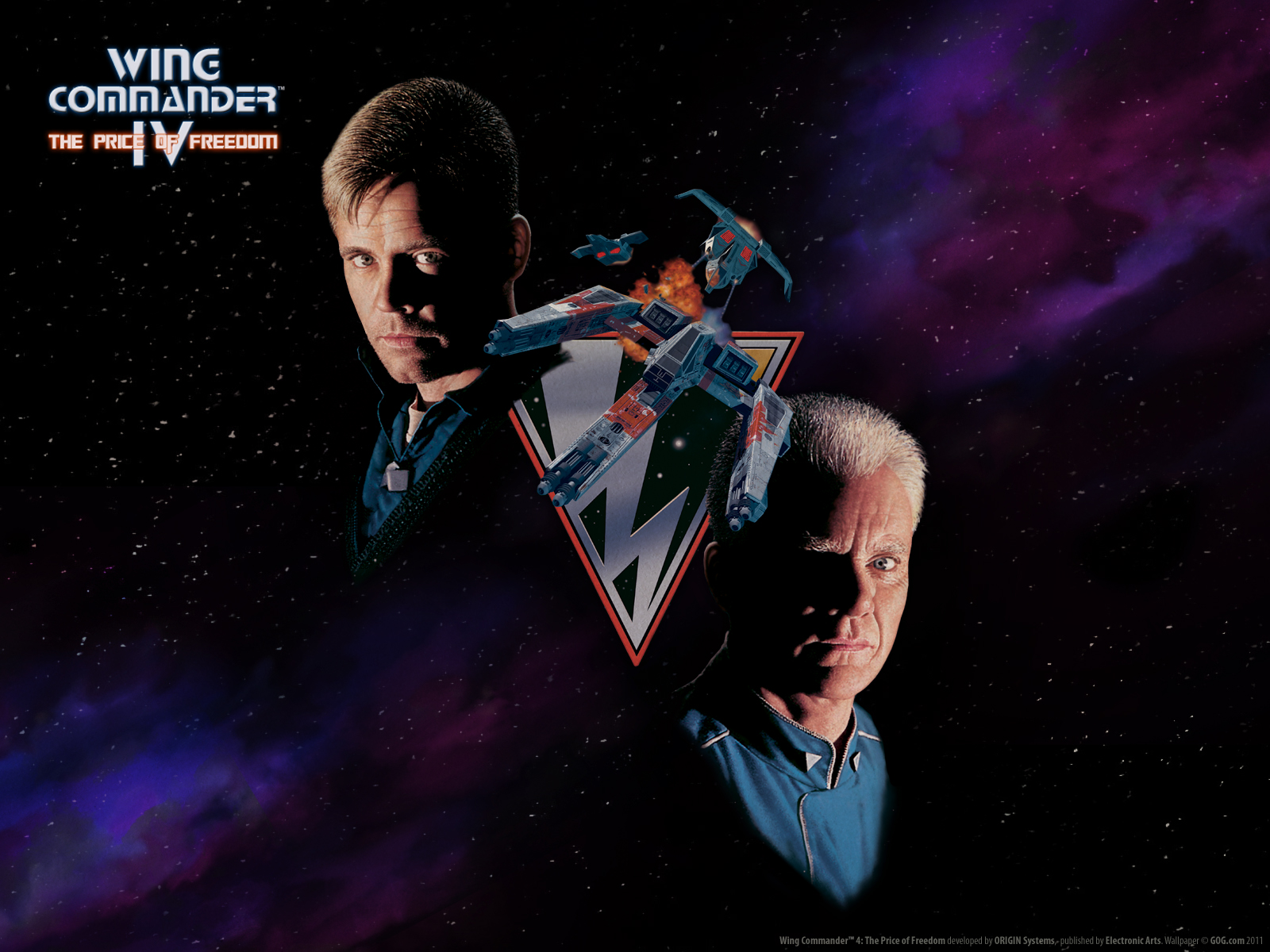 What can you say about the Wing Commander franchise? Besides the fact that it was one of the first space fighter simulation games ever, oh and in the sea of garbage that was FMV (full motion video) era of gaming, Wing Commander stood out. This was a diamond found amongst all the sewage. High billing actors like Mark Hamill and Malcom Mcdowell. I first heard about Wing Commander from a unique source. A fantastic V-loger Spoony, on his website The Spoony Experiment being a long time WC fan Spoony did a hilarious review of the painfully bad Wing Commander movie. During this review Spoony consistently talked about what made the Wind Commander games so amazing. After seeing this I took a trip over to GOG.com where I purchased Wing Commanders 1-4. After playing through all of them I was blown away. I wanted more but since the last true entry in the series WC4 there was no more to be had.

That was what I thought until I saw the trailer for Wing Commander Saga: Darkest Dawn; could a bunch of fans really come together and create something this incredible? Using a thirteen year old engine and a lot of love the fans did just that. WC Saga uses the Freespace 2 engine but is independent of the game itself meaning you can play the game without owning Freespace 2, best of all this game is offered for free. This game is a pure labor of love. Fans have created a sixty mission campaign allowing you to fly multiple ships in the WC universe fighting a war against the ever brutal Kilrathi. WC Saga is a very deep space simulator. Make no mistake like the games that game before it this is a joystick game. The feeling of accuracy as you line up a fighter in your sights, pulling that trigger and blasting your enemy into bits is amazing.[youtube id=”po7PST0EJC8″ (eg. Wq4Y7ztznKc)” width=”600″ height=”350″]

I recommend playing this game it’s free so there is no reason not too, if you don’t own a joystick a Logitech Attack 3 (the joystick I use) will run you $5 or so on eBay. Well your at it check out the Wing Commander Movie review on the Spoony experiment and pick up WC3 and WC4 from GOG.com  (links will be provided at the bottom of this article). Aside from highlighting a touching and amazing game made by a passionate community (did I mention the campaign and its prologue are voiced over by these same fans, no? well it is!). I’m here to talk about why Wing Commander needs to be brought back.

Reason 1-We have the technology

Anyone who grew up in the 90’s can tell you about the tragedy of PC gaming and FMV games. Aside from the few gems, being Command & Conquer and Wing Commander, the FMV sections consistent of highly compressed and grainy video, even the best of these games suffered from this problem.

However now this wouldn’t be an issue, we have the storage space, with the advent of bigger hard drives multiple DVD’s (or if you’re crazy enough blu ray’s) we can store high quality video. Cinema and gaming can cross paths again this time leaving an even bigger impact. If you combine quality actors with high quality video, we could see a wonderful return of FMV.

Reason 2-We’ve learned from the past

Games like Command & Conquer and Wing Commander have shown us that there is a way to do FMV, combine quality game play with a cinematic story telling experience. Never again will we see those horrible FMV shooters. Never again will we be subject to the horrid Sega CD. Gaming has come a long way since the initial FMV era, so let’s give it another shot. Show we have learnt from the mistakes of the past and make and amazing FMV game, there is only one series to do it in this gamer’s opinion Wing Commander.

Wing Commander is a series that has been forgotten by the general public, WC Saga breathes new life into this franchise after is has laid dormant for so long. There is a dedicated fan base and I believe it is time we awaken out old friend. We have come further then ever before technologically, gaming is becoming more respected slowly and over time. When Wing Commander 3 came out nothing like it had been seen before. This was one of the first titles that showed us what gaming was capable of, with a thrilling story told by amazing actors, with your actions dictating the consequences. Wing Commander deserves a resurrection; Wing Commander fans deserve another great game with a budget.

So Wing Commander fans, I’m putting out a call, but the Wing Commander series from GOG.com download and play Wing Commander Saga: The Darkest Dawn. Dust off that joystick pilots. It’s time we put our money where our mouth is, let scream loud and proud for a new Wing Commander game and maybe just maybe the right person will hear us.