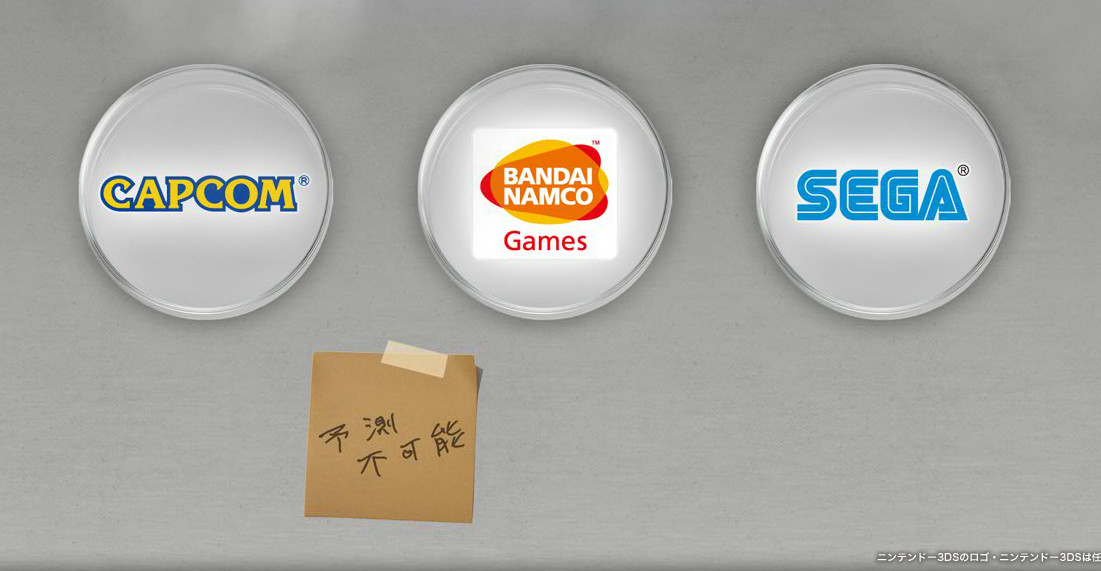 After the recent announcement of Project X Zone, the collaboration project between Capcom, Namco, and Sega many fans have been speculating what the game is going to be about and what characters we will be seeing. We are now that much closer to getting more information revealed with the launch of the game’s official website which can be viewed here.

Unfortunately nothing about the story or game’s system has been revealed, but according to the screenshots found on the site we can see that it appears to be a fighting game with a sprite based art style and a very smooth manga-esque style for cut away supers (as seen by Ryu charging up a shinku-hadouken).

What is probably most exciting about this game is the announcement of confirmed characters to be in the game. Ranging from Namco’s .Hack initial .Hack quadrilogy heroes Kite and Black Rose, Sega announcing Pai and Akira from Virtua fighter (with no Sonic to be seen anywhere), and possibly the most exciting is Capcom announcing Megaman X, and Zero. It appears the game is taking characters to create a more realistic feel for their game by not including many of the more cartoony characters, much like the direction of Marvel vs Capcom 3.

The full list of confirmed characters can be seen here.

It is undetermined whether this will be a core 2D fighter as we appear to see if it takes some of its concept from Idea Factory’s Cross Edge which combined characters from a variety of different JRPGs and fighters such as Dark Stalkers, and Disgaea to make a great addition to the strategy RPG genre.

The first trailer will be premiered later in this month, where we will hopefully see some gameplay and with the possibility of new characters being announced.