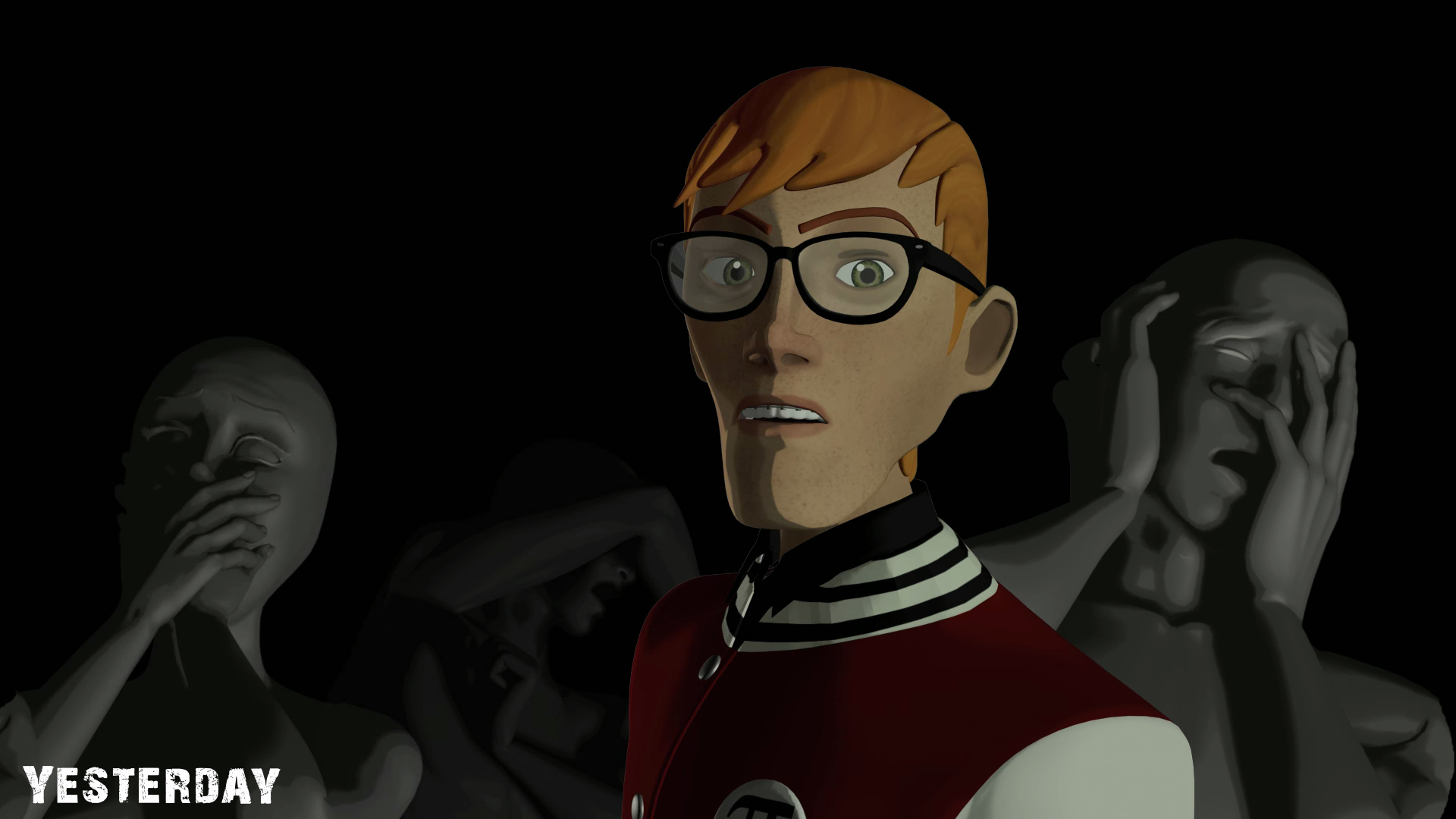 Yesterday’s visual style is unique to say the least. It uses a cell shaded stylized art style. At first glance you’ve seen this type of thing before. However, there are some subtle details that have characters and even some objects leaning into the uncanny valley. When it comes to certain characters and objects something just seems and feels off. This helps to lend to Yesterday’s mysterious and eerie setting.

The soundtrack used can really compliment the setting of Yesterday. There is no memorable melody or piece from Yesterday just simply a feeling that the music fits the mood. Voice acting is really top notch. Each character has a unique voice that as I mentioned before can lean itself toward the uncanny, it’s something I believe was intentional. This helps to increase the feeling of confusion and distress for the player. The player is at a loss they, much like the games main character John Yesterday, are learning startling new facts.

Yesterday’s story takes you on a confusing yet satisfying ride. After a rather intense prologue chapter, you take control of John Yesterday. A man who was investigating a mythical satanic cult called the order of the flesh. You had worked on this investigation previously for your employer Henry White. However, after discovering something terrifying you attempted to kill yourself by swallowing mercury. When you awoke you had no memory. With the help of Mrs. Yesterday your distressed mother and your good friend Henry, you attempt to pick up the investigation back where you left off. 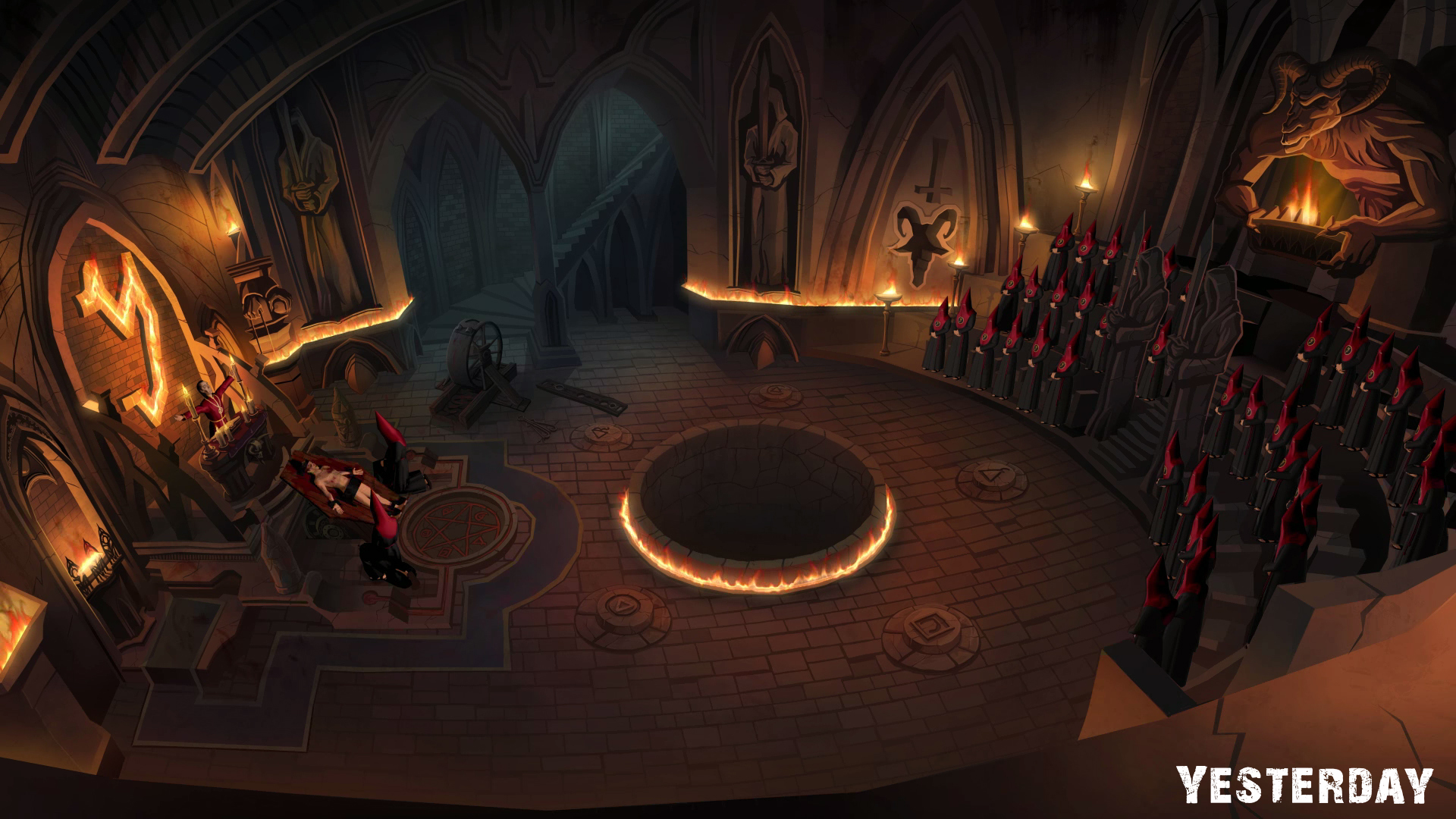 You soon learn that John Yesterday is a man with an interesting past. You discover more and more through flashbacks to times before your suicide. You learn more and more about whom and what you are. The game keeps you guessing for quite some time. Though the skeptic can probably discover the major plot twist with a decent amount of contemplation, I would advise against this, Yesterday does not make it blatant it wants you to come on this journey and I have to say this was a great journey.

Now we look at core mechanics, the gameplay our meat and potatoes of this industry. Now as the games genre may suggest there are no complex combos to memorize. This game is about the experience. You investigate everything you find and pick up any items you can. Thankfully you get to add them to your bottomless pockets as in the norm in this genre.  Now some poorly made point and click adventures just have you rubbing items against each other and the environment trying to solve the newest puzzle. Yesterday thankfully does not suffer from this problem. The puzzles require the use of or combination of items. However, the puzzles can be thought through. Using some memory and ingenuity the puzzles become challenging but not in a way that it seems unfair. Never did I find myself asking: “How was I supposed to know that?” Any resolution always seemed like a simple answer after the puzzle was solved. There were a few times where Yesterday had me stumped thankfully there is a hint system which can be used to point you in the right direction without taking away the challenge. Oh and in case you were thinking that you could abuse this system for every puzzle, it has a cool down so it becomes far more efficient to figure it out yourself. Saving the hint for the stuff that really has you stumped. The only thing I really knock points off for is the fact that Yesterday is a tad short. You’ll get a good 4-6 hours out of it which in my mind is worth the price tag but still feels a little short. To compliment that, the game has three endings earned by making a choice in the final moments of the game. Other then seeing those endings there is no real reason to replay the game. Meaning it will collect dust once you complete it.

My few very small gripes aside, Yesterday was so much fun to play through. Some may argue that it doesn’t innovate; I would argue that it is refreshing to see a story driven adventure game emerge when they’ve spent the last ten to fifteen years as a forgotten relic. Yesterday shows us that adventure games can still be great. This is not a title I think that we should forget. Yesterday is available for PC. Go out and get this one adventure fans. We gave our money to Tim Shaffer proving adventure games still have our love, well let’s keep that trend going. It is time to support another great adventure my friends.