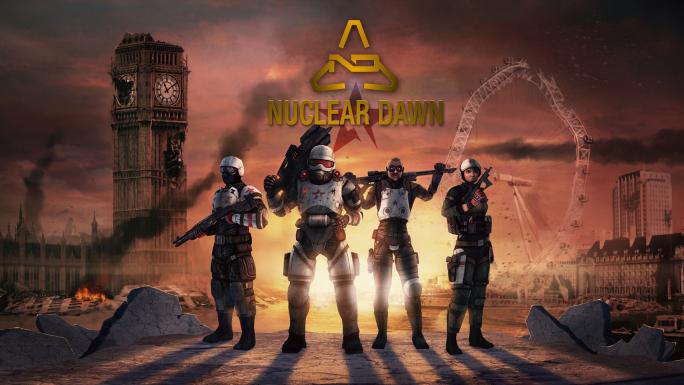 When you work 40 hours a week to pay the bills you have very little money to invest in entertainment. With the rising cost of video games every penny saved from a poor purchase can go towards a memorable or unique experience that you will truly enjoy. Nuclear Dawn is both, it uniquely blends real time strategy game play with tactical class based first person shooting.

Many readers may not know this but Broken Joysticks is a labor of love. The other writers and I want to highlight the games we think are worth your money. We work to pay our bills and Broken Joysticks is what we do, because it’s something we believe in, writing about a medium we love that is like no other. When a friend of mine gave me a 3 day pass to Nuclear Dawn I figured what the heck I’ll give it a shot. After making use of the pass Nuclear Dawn quickly became worth my money. Every gamer knows sometimes you have to pick and choose your titles we all have to live within our means. I’m writing this to tell you that if you’re on the fence about Nuclear Dawn, hell if you’ve never ever heard of it. This game is worth your money.

Nuclear Dawn is a multiplayer class based first person shooter. That blends real time strategy game play in one of the most unique ways I’ve ever seen. At the beginning of the match a commander is randomly picked for both teams. This commander goes into and overhead RTS style view. From this vantage point the commander builds structures, fortifications and, assigns objectives to his teammates.

All the while the commander’s teammates attempt to carry out his orders (which grant additional XP). From the ground the soldiers will help push towards the enemy base, killing opposing soldiers and receiving blessings from their commander. Be it turrets to make a captured resource point more defensible, an area of effect heal for his soldiers, or artillery strikes to help take out enemy structures. Soldiers will work together to help the commander achieve total dominance in turn he makes their lives easier. 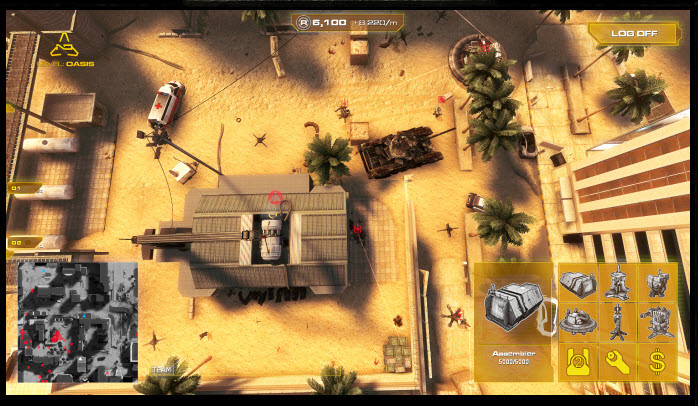 Solider classes range from heavily armored E.V.Os who can decimate players with chain-guns or enemy structures with a rocket launcher; to the agile scout who can cloak to get behind enemy lines backstabbing and instantly killing the biggest threats. What if killing isn’t for you? Then you have the support class with his two load out kits he can function as an engineer. The engineer repairs allied structures and specializes in grenades that can decimate enemy structures, my favourite strategy would be disabling enemy turrets with and EMP grenade. So an E.V.O can blow them away. Prefer to hang back a little more? Take the medic load-out. Heal your allies and help them make that final push into the enemy base. Worried about a scout killing your medic? Well thankfully there is the assault class. They specialize in assault rifles. They have a visor that when toggled on can see cloaked enemies making medics and assaults a deadly duo.

Nuclear Dawn has you battling for control of six unique maps that range from a sprawling cityscape to a worn torn desert slum. Throughout these maps are resource points which soldier players can capture, the points grant a steady flow of resource that the commander can spend further fortifying and helping his troops push forward. The only downfall that I can point out is the multiplayer only part of these maps. Sure the game has one of the best tutorials I have ever seen and going through it is a must. But the maps feel like they have a story to tell. The factions are named as though there is a story to be told here. I think a short campaign fleshing out the universe would have benefited this game. This is but one small gripe which can (and should) be easily overlooked because of everything else the game has to offer. [youtube id=”NB5AWmLARIE” (eg. Wq4Y7ztznKc)” width=”600″ height=”350″]

Nuclear Dawn is a one of a kind game. This is the type of risk taking and ingenuity that should be rewarded. InterWave Studios deserves for there work to be recognized. When my 3 day pass concluded I was disappointed because I wanted to keep playing. Well with the price of 19.99 on steam, I have to save this one is worth the money. So when my next pay check rolls around I’m throwing a twenty down to support this unique and incredibly fun experience. I suggest you readers do the same. As consumers we speak with our dollars (regardless of how few we may have to spare) for Nuclear Dawn I’ll scream at the top of my lunges. The war Nuclear Dawn wants us to fight is most definitely a war worth fighting. Toss the devil horns up and throw your wallet down for this one folks. I guarantee you’ll have a blast.

GFX RAM: Video card must be 128 MB or more and should be a DirectX 9-compatible with support for Pixel Shader 2.0b