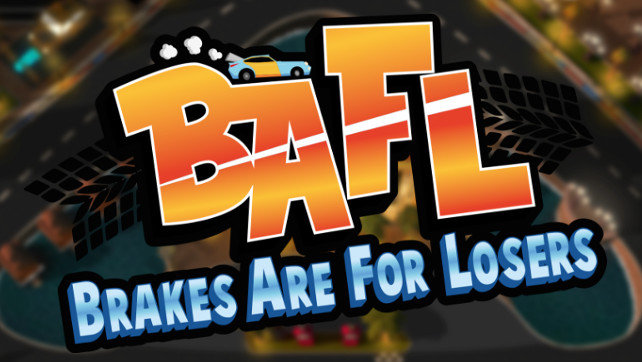 Playdius and Oudidon have announced BAFL – Brakes Are For Losers will launch worldwide on Nintendo Switch on April 19th. Already available for pre-order on the Nintendo eshop for $4.99 and is also already out now for PC on Steam.

According to the game’s release announcement, BAFL – Brakes Are For Losers is all about pure racing fun. The game is Inspired by classic top-down multiplayer arcade games with insane tracks.

The developers have stated that the game will offer a challenging solo experience with championships against fierce AI competition — and special modes, such as Time Attack or Perfect Race. There will be unique tracks inspired by the pop culture of the ’80s and ’90s along with funny details and surprising events. Race tracks range from a tropical Caribbean island all the way to the Moon.