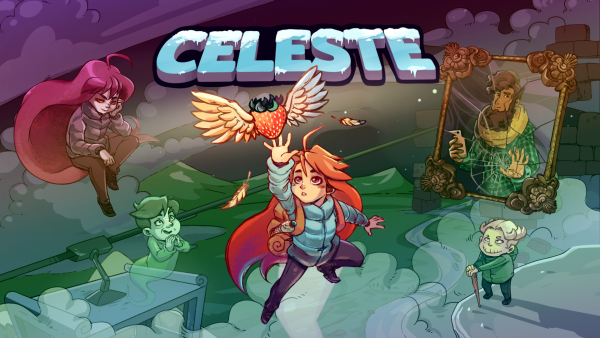 Another Example of Why Games Matter

Everyone has a mountain to climb, sometimes symbolically, sometimes literally. Everyone has their own journey they need to go on and their own life goals. It is in this way, I believe everyone can relate at least a little to the game Celeste.

Celeste was brought to you by the Canadian team, “Matt Makes Games”, who also brought us Towerfall back in 2013 for PS Vita, PS4, Xbox One, PC and other platforms. Celeste is a 2-D platformer that makes full use of Microsoft’s now defunct XNA framework. The platforming is challenging, but fluid and when you perform a move, it seems to work with little to no problems. Celeste is a tight game with great controls and little in the way of annoying bugs or omissions.

In Celeste, you start out slow, doing basic moves and jumps. You eventually learn more maneuvers across a number of levels – mastering moves like double jumps and mid air dashes that will assist you with problem solving; be clever however, because you can only hold onto walls for a limited amount of time and can only mid air dash once before needing a cool down or regeneration item. 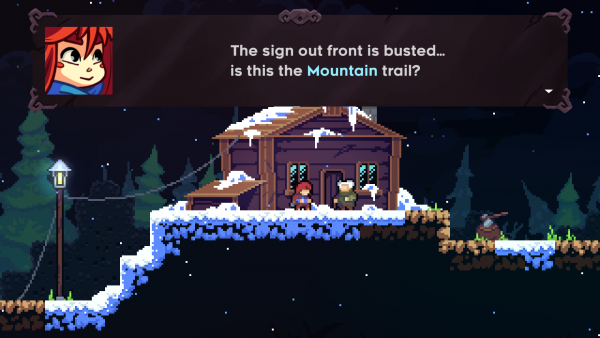 Throughout this game, there are also puzzles to solve as well. Some involve pattern recognition, some involve timing and others involve careful maneuvering. The puzzles are challenging, especially those that involve gathering collectibles or special items. Puzzles also get more challenging as you climb the mountain, but that is nothing out of the ordinary.

Celeste’s graphics are simple, but the pixel art is a work of beauty. There are scenes when the use of shading and clever lighting look like mosaic paintings. My only wish would be that the character designs were a little more detailed in terms of overall design. They are perfectly serviceable, I just wish the sprites had a little more expression. This one area that could have been just a little better doesn’t take away from this game in the slightest. This game may have a simplistic visual design, but don’t underestimate the art that Amora Bettany and Pedro Medeiros created for Celeste. 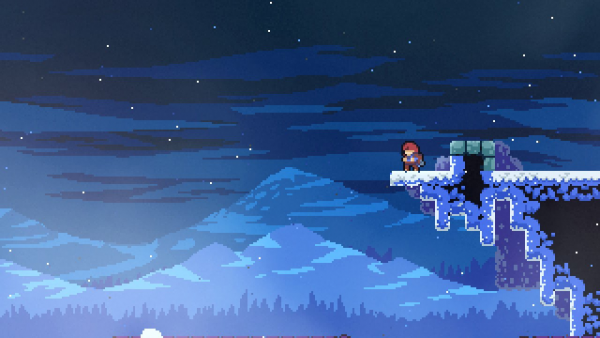 Celeste has a beautiful story to tell on top of having beautiful pixel art and wonderfully executed gameplay. You play as Madeline and her desire to climb to the top of the titular mountain, Celeste. This mountain is unlike any other, in that is can turn one’s “inner turmoil” and “true self” into reality. She meets many other characters along the way and goes through many trials and tribulations leading to her main hurdle, her mental health. She starts to come face to face with her depression and anxiety and her many inner demons. I am not ashamed to say this was extremely relateable and had me teary eyed at many moments. 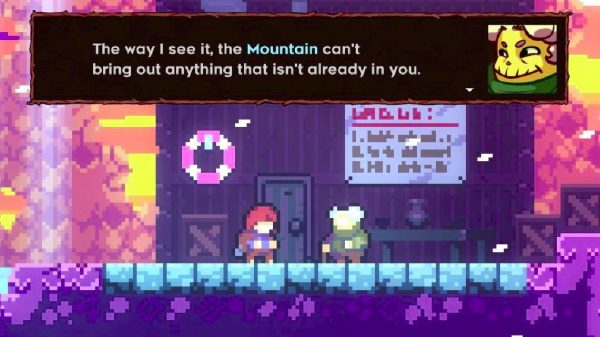 Celeste is a beautiful allegory for those fighting their own inner demons and climbing their own mountain. Madeline is the type of hero we don’t see nearly often enough in the video game medium. The only other recent example of something similar was Senua from Hellblade. Madeline may be troubled, but she’s a fighter. She is brave and even when faced with the scariest in her life, she keeps climbing that mountain. This game is the perfect opportunity to set an example for those dealing with similar issues feel that they are not alone and that they too can overcome. Seeing as this game is also rated E for everyone, this game can also reach younger players who are still figuring themselves out at a vulnerable time in their lives. 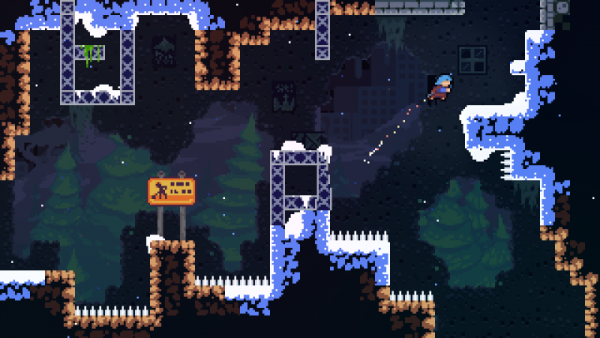 Celeste is not only a well designed and executed game, but the type of important game that brings the industry to a higher level. It is always my pleasure to come across a game like this and contribute to the attention it deserves. I am happy to see others review it, feature it and show it to a wide audience. Play it for yourself and support Matt Makes Games so they continue their work and surprise us with their future creations.