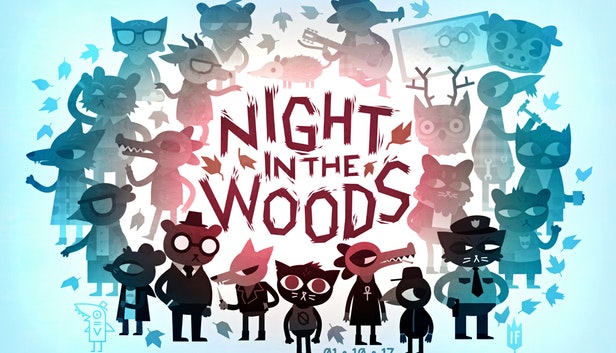 2017 is coming to a close and that means it is time for our contributors, editors and staff to look back on the best games that they played over the past twelve months. Whether that game was on the brand new Nintendo Switch, an aging Dreamcast or the original N.E.S, it matters not. If a game was played by our staff in the past twelve months it is eligible for one of these personal retrospective pieces.

Contributor Jeb takes a look back at indie darling Night In The Woods, and why it resonated so strongly with them. If you enjoyed this piece, you can find more Jeb over at the podcast Downloadable Concept.

As 2017 winds down, it has become evident that this has been an exceptional year for video games. The topic has been discussed for months already, and I am certainly not going to dispute that. However, it makes for a very difficult decision when trying to find a single game to call best.

At least, it would have been for me, had it not been for a bunch of trash mammals (and a reptile).

Night In The Woods from Infinite Fall was a game I knew very little about going in. I heard tidbits of excitement from various circles as release came close, and I was intrigued enough to pick it up. By the time I put it down I had not only finished it but I spent a good week digesting what I’d just played through.

The story of Mae coming back home from an unfortunate attempt at college itself resonated hard with me, but the town of Possum Springs hit close to home too as its old ways struggled feebly against the demands of modernity. The cast clinging to each other at the same time trying to hold on to their individuality only reinforces this same clash.

Night In The Woods tells a small story in a big way, and in doing so, swept me up into the lives of characters who felt unique and familiar at the same time. I could talk for hours about the relationship between Angus (my sweet good boy) and Gregg (gregg rulz ok), or the aspirations of young Lori as she smashes figurines under trains, but all of these on their own don’t do justice to everything going on.

Even the silly minigames scattered throughout were endearing instead of tedious. Whether it’s batting light tubes, knife-fighting with a friend, or doing crimes, these reinforced the slowness of the town; and I was reminded of a time when I was desperate for anything at all to do in my own dead-end town.

Night In The Woods is nostalgic in a way that most games playing for nostalgia never attempt. It is warm and familiar, while still being something very different. I have never met these characters, but I know these people. Possum Springs isn’t real, but I’ve lived in that town many times.

In a year of big games with grand narratives and vast expanses and content content content, a number of which are outstanding in their own rights, it was a tiny game about insignificant people in a wilting town that stuck with me most of all.