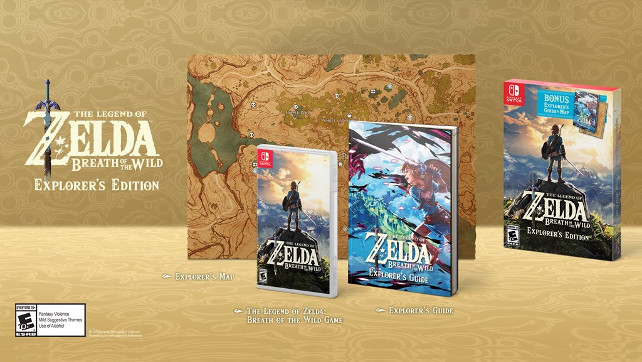 With the turn of the calendar everyone’s attention will turn from Halloween to Thanksgiving in the United States. And that will ultimately lead to Black Friday and the annual sales that come with it.

The deals from Nintendo include two a pair of items.

The first is a Link green Nintendo 2DS system that comes pre-installed with The Legend of Zelda: Ocarina of Time 3D game pre-installed. The bundle will be available at a suggested retail price of only $79.99 USD.

Nintendo will also have a few other bundles available, some of which are in stores now and some in stores soon.

“Between Nintendo Switch, Super NES Classic Edition, all the systems in the Nintendo 3DS family and all of the fun games available for these systems, shoppers will have multiple options for their wish lists this year,” said Doug Bowser, Nintendo of America’s Senior Vice President of Sales and Marketing. “Our Black Friday deals are a great value for people looking to pick up gifts for the Nintendo fans in their lives.”