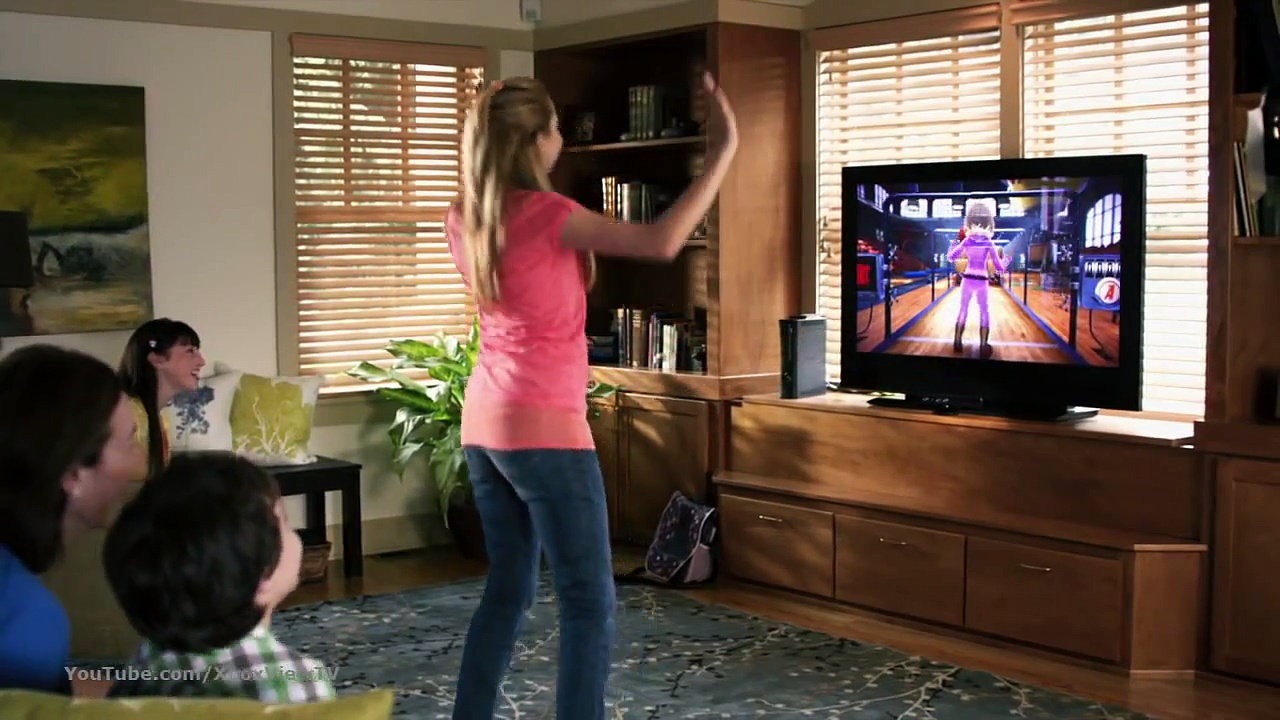 Kinect version 1.0 arrived hot off the heels of the motion control craze sparked by the Nintendo Wii with the marketing tagline “You Are The Controller”. Promising players a mixture of easy to understand motion based controls using their own bodies and a dash of science fiction, with almost Minority Report-like gesture control – it seemed like Microsoft had stumbled upon an easily understandable control scheme for those with the mobility to enjoy it. As Kinect is thrown into the technology wastebasket of products past their prime, where did things go wrong? This is a Eulogy for the future that Kinect promised but never delivered upon.

A Less Than Spectacular Launch Line-Up

On November 4th, 2010 Microsoft released the Kinect Sensor add-on for the Xbox 360 for $149.99 USD alongside 15 launch titles not only from first party studios like Rare but also major 3rd parties like Harmonix, Konami and SEGA. Smaller publishers & developers were also included in the opening volley for the motion-sensing technology with names like Hudson and Majesco rounding out the pack.

With both large and small publishers on board in addition to Microsoft’s own efforts what could possibly go wrong with the launch line-up? Well, none of the 3rd party stuff really pushed the envelope in terms of using this newly released technical wonder. Instead of inventive games that used the strength of Kinect to deliver gameplay experiences built around the device players were greeted a number of “me too” cash-in Sports compilations, mini-game collections, fitness games and DDR knockoffs. 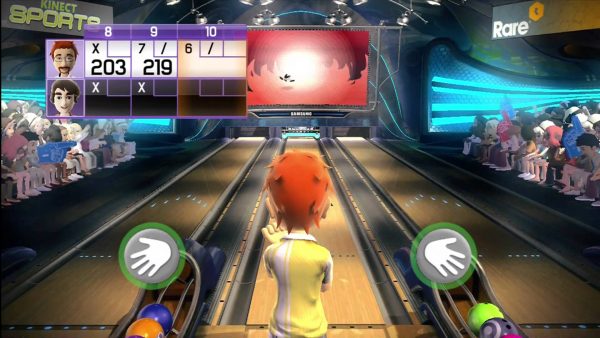 Tell me do you remember any of these masterpieces?

Quality software would be few and far between for Kinect during its 7 years of life but even on day one, there were red flags that 3rd party offerings would be hit or miss. At this time Sonic was still a name no one really uttered with excitement and his Kinect game (Sonic Free Riders) was so unplayable that some reviewers attempted to return it after eviscerating it or poor player detection and an unworkable control scheme.

Kinect did shine thanks to the release of Rare’s Kinect Sports and Harmonix’s Dance Central. Both games provided players with easy to understand concepts that for the most part worked given the technical limitations of the first generation of Kinect Sensors.

Taking a page from Nintendo’s 2006 playbook, Bowling allowed players to throw their arm forward and strike virtual pins. Boxing would let contenders weave left and right in physical space, something that couldn’t be replicated with Nintendo’s Wii Remote at the time. Featuring compatibility with Rare’s New Xbox Experience (NXE) dashboard avatars, comparisons to Wii Sports were inevitable but Kinect Sports delivered on the promise of an easy to understand and immersive sports experience in the living room. 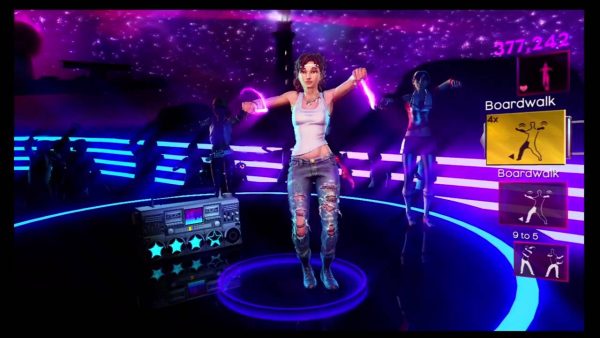 Harmonix’s Dance Central also lured players to Kinect with an easy to understand concept that most folks can get behind: dance to catchy pop songs to flashy and colorful visuals. Featuring gameplay that tracks the player’s movements that challenge players to perform a number of different dance moves based on 90 different dance routines. It had robust offerings (for a Kinect title) such as a single player mode, 2 player head to head mode and an extensive training mode. Dance Central was the essential Xbox 360 party game and it was so successful that it spawned a number of add-on DLC tracks and two retail sequels (Dance Central 2 & Dance Central 3)

With motion being so prevalent to the use of Microsoft Kinect, accessibility concerns should have been on the forefront of the engineers, programmers, and designers who would build the large glossy sensor. After launch it became apparent that potential players with mobility concerns or certain physical disabilities may have trouble with some Kinect games. Unless the game was specifically designed for a seated experience users could have trouble with body tracking in some circumstances if: 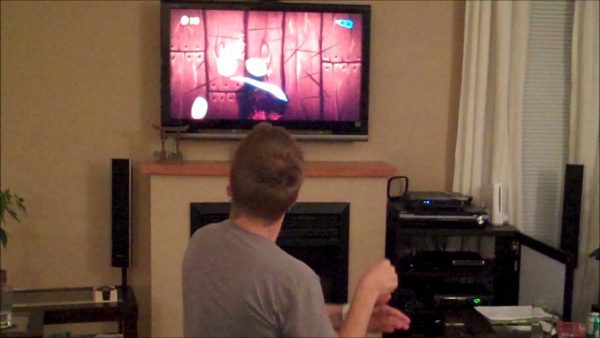 The biggest potential problem with the Kinect arose just days before launch – it was widely reported by the press who had access to review units that Kinect may have problems detecting people of color. Several tech publications at the time reported varying degrees of failure and success with Kinect V.1 recognizing the faces of people of color.

This particular detection problem, and the use of IR sensors, in particular, isn’t limited to the Kinect. Two years ago a soap dispenser manufacturer faced criticism after it was found the sensors in their product also had problems detecting people of color. Clearly, these are representations of a systemic problem within Tech, where engineers and other designers fail to test their designs and prototypes for different user experiences. When is the majority of your development staff made out of white folks, does this lead to a lack of diversity in user testing?

Today Microsoft announced that the Xbox One version of the Kinect will no longer be manufactured. It is a long time coming for a piece of hardware that never really found its footing either in this console generation or the last. After the initial rush of “holy crap it tracks how I move!” Nothing particularly noteworthy came exclusively to the Kinect although a number of large RPGS like Skyrim & Mass Effect 3 did support voice commands when making important choices which is a bit of a cool inclusions, but probably not worth $150 USD.

When the Xbox One’s initial vision of a constantly connected entertainment hub that would also replace your cable box imploded in on itself all hope that was left for the Kinect was lost. As soon as Microsoft unbundled the once absolutely required Kinect from the console’s retail package, the writing was on the wall. 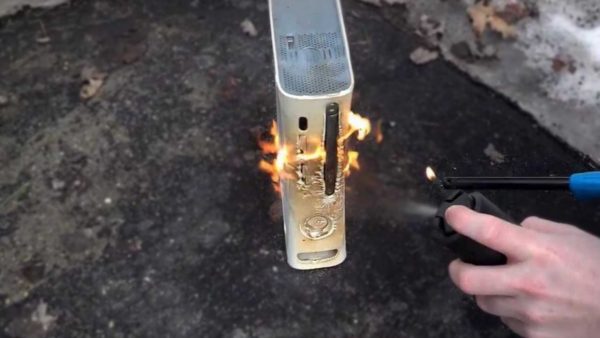 I also want to clarify that when I say that accessibility concerns were “unaddressed”, I do not mean that Microsoft didn’t put up a exhuastive accessibility FAQ on their site because it exists right here. What I mean is that it feels like a lot of the stuff in this FAQ and issues that arose during the Kinect’s life could have been addressed during the initial product development rather than afterward.

This is my eulogy to the full body motion control future that the Kinect never fully delivered on. What are your memories of the Microsoft Kinect? Let me know in the comments!