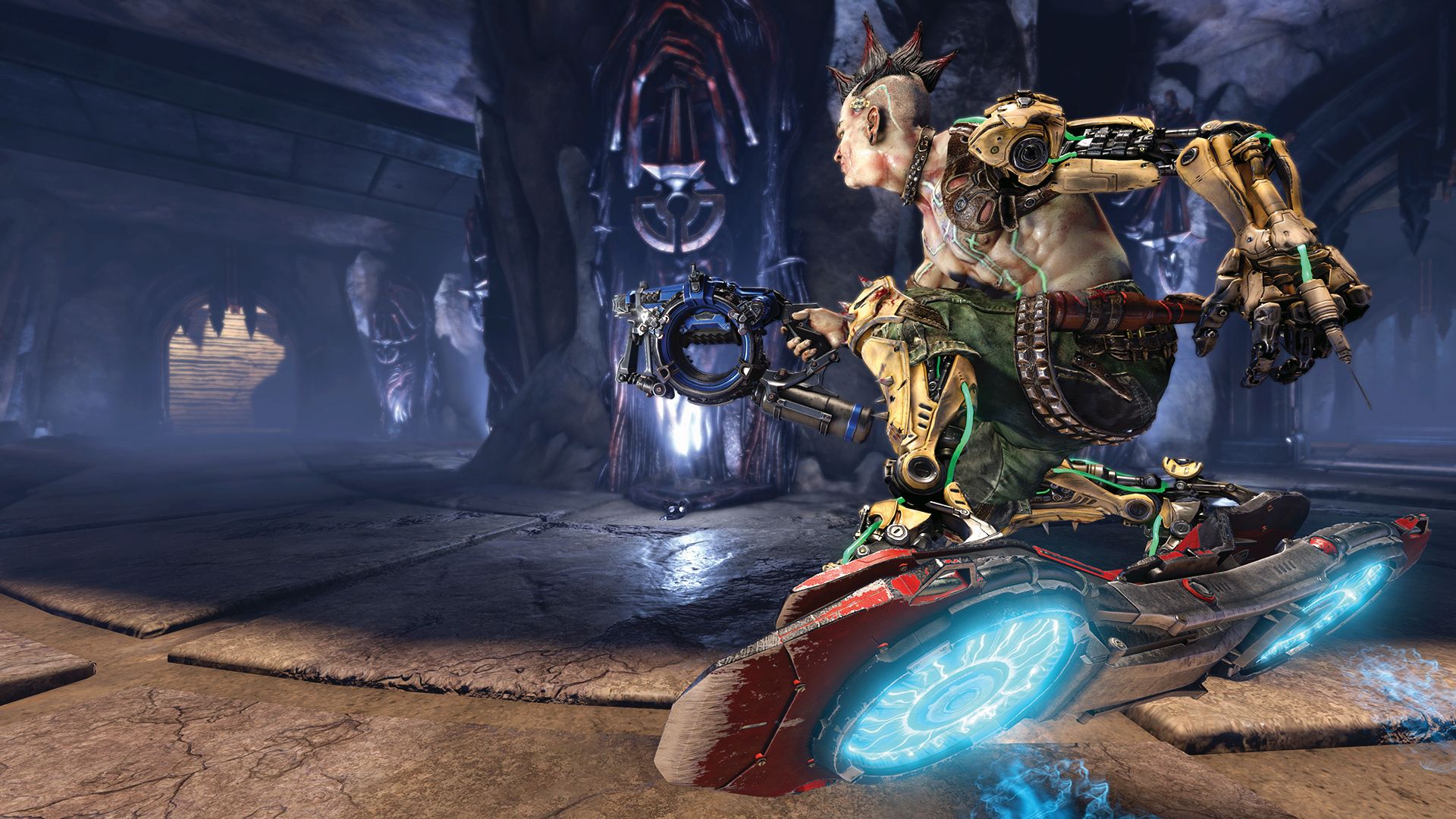 Every week developers from id Software take to Twitch.TV to discuss upcoming content, balance passes and other changes coming to Quake Champions. They also dedicate a good amount of time to answering questions from the community – whether these questions have been gathered from the Bethesda forums, official GC discord or social media.

Last week’s stream, held on September 8th, featured a number of questions surrounding the possibility of new content – specifically themed seasonal events akin to those done for Overwatch and purchasable shaders. Other questions of interest included what the devs are working on to combat “rubber banding” (other player avatars moving erratically or not playing the correct animations) and Rockets which seem to still be registering 0 DMG randomly. 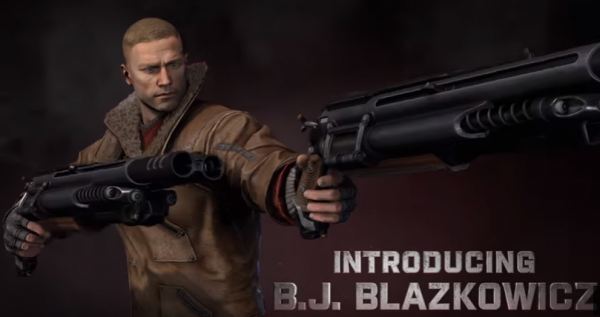 In regards to Shaders it doesn’t sound like the devs will be making them purchasable with Shards anytime soon. Looks like they will be staying as challenge rewards and lootbox drops:

New announcers may be added in the future in the form of “Announcer Packs” after Early Access has concluded:

8. New Announcers
We’d like to introduce Announcer Packs, but Early Access is not the time for it. From our experience, it’s very easy to find you need to add new announcer lines for new modes, for example, and if we record them now, we have to go back and re-record those sets, which is costly and difficulty.
Once more things are settled, we’ll get to work on them, however.

New music is on the roadmap for future updates – with one developer even floating the idea of unlockable “music packs”. To be fair it sounds like a lot of this stuff is preliminary:

Network related issues with Quake Champions have been widely reported among the community. At one point during the Closed Beta Test it wasn’t uncommon to see your foes “stutter” up stairs and other elevated objects with no animations. Since then the devs at id & Sabre have worked to move QC from a client side damage model to a server simulation model. 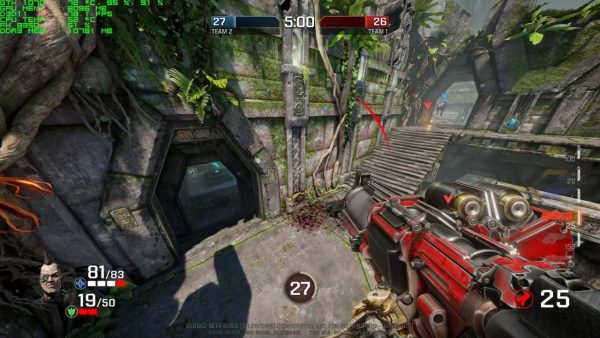 Here is a bit about that change and how internal testing works for QC:

Road ahead:
When we design QC and architected the network code, we designed and programmed it for every system we possibly could, but for a game as complex as QC we have servers across the world, different ISPs, and millions of PC configurations, so we do run into issues we had no idea we would run into. So, we try to identify and crush those. This is why we started in Beta and moved into Early Access – but we’re still working on all these aspects.

“If you, at any point, feel you are rubber-banding, your ping fluctuates, etc., then we are actively trying to identify those issues and their solutions, trying to fix it — we’re actively working on it; we know we need to fix the net-code!

Some improvements will be small, some will be large, but there isn’t one big fix-all.
We have to find the issue, solve it, and test and hope it works in the real world.

We’re for example about to do an internal tests in regards to compression methodolgy, and we hope that it will give a huge boost in performance, but it’s a slow process.

A lot of the comments online are about net-code, which tend to become a big bucket. But there are these isolated events and issues that get lumped together – we’re trying to break them down and test them, so we have some topics we want to cover:

Previously the game worked – in regards to hit-detection – by being able to shoot the actual model, while the server would calculate all those animations you saw. The server was trying to synchronize the exact shape on both ends, but it is too CPU intensive, and a bit less forgiving, as just a minute discrepancy is enough to desync the client and server. So we’re moving towards static hit-meshes. In essence, giving the models a static mesh that could be hit – imagine putting a sheet over the character, it encompasses everything they “take up in space”, but without gaps (e.g. armpits, etc.).

Special thanks to Santiak of the Quake Champions community for providing the above-paraphrased quotes from the official live stream. QC entered Early Access at the end of August and it sounds like the devs have a lot more planned in terms of content but also network and hit box registration in the coming patches.