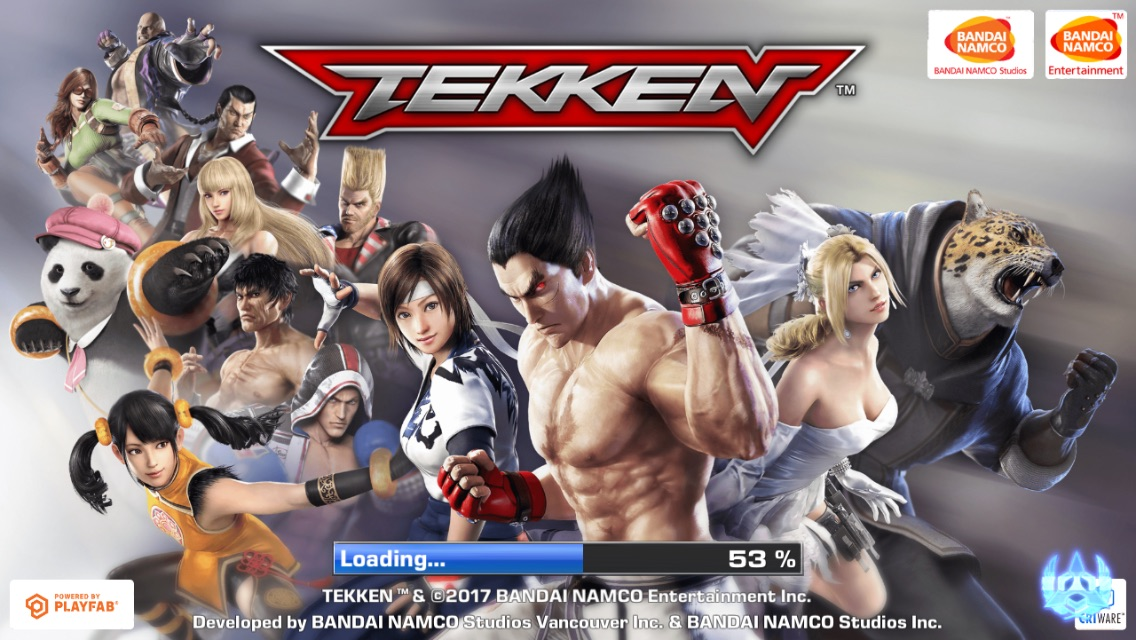 Bandai Namco isn’t exactly known for adapting the Tekken franchise for mobile devices. Over the past decade or so there have been two serious efforts: Tekken 6 on the PSP in 2006 and Tekken 3D on the Nintendo 3DS in 2011. Both of those previous games, although premium priced titles, had different shortcomings when adapting the technical fighting style Tekken is known for to both Sony and Nintendo’s handhelds. Seemingly coming out of nowhere – a free to play version of Tekken launched on the Android Play Store and iTunes App Store in Canada. What follows are my thoughts on this iteration of the King of Iron Fist Tournament based upon the still in limited rollout version of Tekken Mobile that is available. 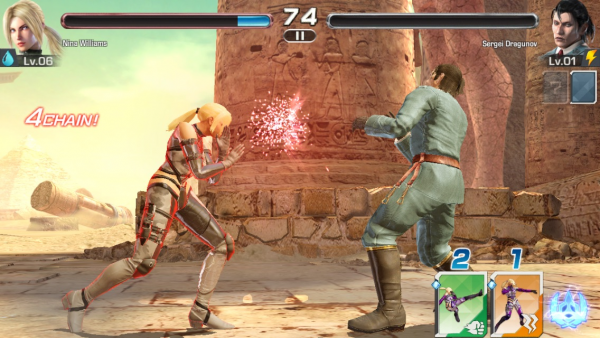 There are a few key features that Tekken has been known for since its’ inception: like a complicated list of multi button combos, rock paper scissors like input system of high & low punches or kicks and three-dimensional movement. Let’s get the unfortunate news out of the way first – none of these well-known gameplay mechanics appear in Tekken Mobile at all. Drastic changes to the core gameplay experience may have longtime series fans asking “Does that make it any less of a true Tekken title if the strategy of move input is removed and movement is restricted to a 2D plane?” 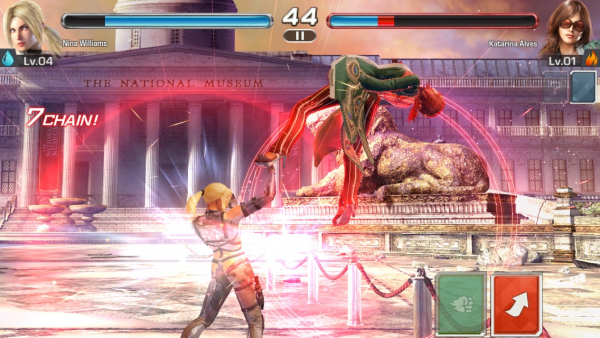 Combat in Tekken Mobile is a huge departure from what the franchise is known for but it is also a huge departure from what Namco’s sometimes collaborator / sometimes rival Capcom have done in the mobile fighting space. Bouts are still 1 Vs 1 affairs but the three round system has been removed in favor of a single 90 second round. Basic attacks are performed by simply tapping the right side of the screen while blocks are performed using the left side of the touchscreen. Swiping in the center allows you to have your character dash forward or back quickly. Once I had adjusted to how combat worked in Tekken Mobile I found myself being able to time successful chains of blocks before rushing in and pulling off one of three available special moves for Asuka, Jin or Nina with ease. In place of the complicated input system by the console games or even the more robust virtual d-pads and buttons used by Capcom, these cards provide ways for fighters to pull off intricate interlinking combos by tapping the appropriate card. Tekken Mobile will even label cards with a “1..2…3” icon, signaling the proper order for maximum damage. Namco Bandai Vancouver has developed a unique fighting system that for the most part enables a sense of strategy while differing itself from the competition. It can be a little annoying when you think you’re going to tap on the right side for a basic attack and accidentally dash in but I chalk that up to my own clumsiness and not the game’s fault. 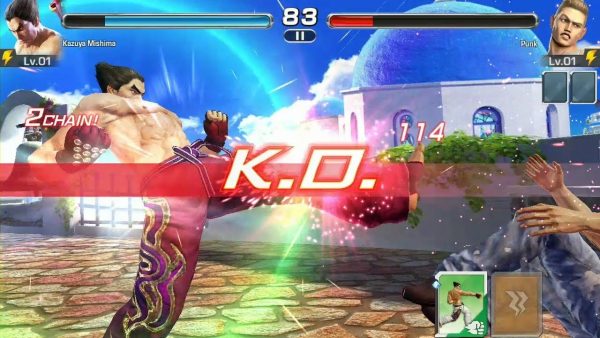 Characters in Tekken Mobile will be familiar to those who have played previous entries in the series, regardless of platform or generation. Mainstays like Jin, Kazuya and Steve Fox are joined by latter additions to the roster like Asuka and Shaheen. There are four brand new characters who were created specifically for this new mobile iteration – Isaak, Ruby, Tiger Miyagi and Yue. Each character has a rarity rating (measured in Stars), one set of equip-able bonuses tied to their Star Rating, a character level, an element type and a full deck of Wanza special moves. If all of this sounds a bit convoluted and confusing – well was for me at the start. Given that this is a free to play title, it makes sense that Namco didn’t hand over every fighter off the hop but managing fighters can become tedious (more on that in the next section). With 15 returning characters and 4 brand new characters there is a lot of room in the roster for expansion before Tekken Mobile becomes packed to the brim with fighters. Here is hoping that longtime antagonist Heihachi and newcomer Lucky Chloe make the cut in future updates. 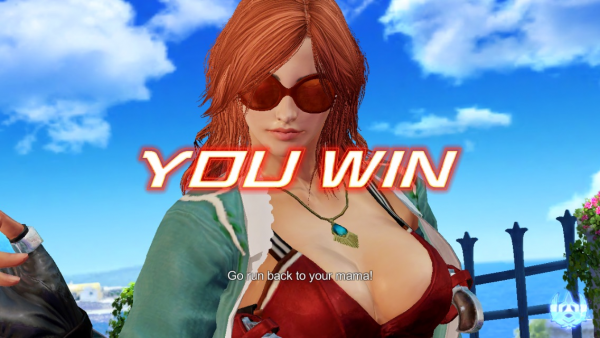 Managing your stable of fighters can become daunting after a few hours of play but it isn’t an insurmountable challenge. Your fighters overall power appears tied directly to your characters level. Additional Wanza cards and slotted buffs can make a bit of an overall difference but they don’t appear to weight as high as the power rating that is calculated for each character. There is no restriction on the level of a character when challenging opponents – if you want to have a 2000 rated Jin take on a 400 rated Bruce or the other way around you certainly can. What will change is the amount of damage dealt and absorbed by the two fighters. Once a character has been eliminated in any of the three available modes they’ll be knocked out until a real world timer has finished (typically 10 – 15 minutes) or once their health has been restored. You can, of course, bypass these time limits with in-app purchases… 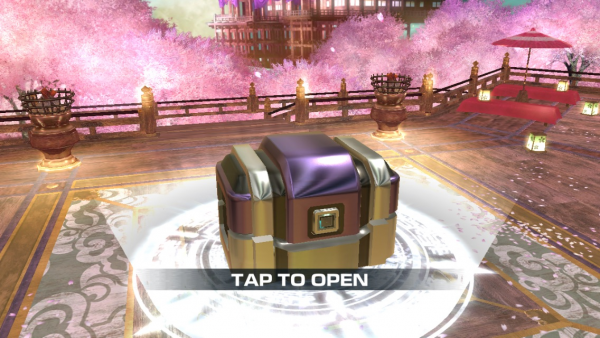 After all of this discussion about available characters, gameplay systems and adapting the Tekken formula for mobile devices the discussion comes full circle as the specter of micro-transactions rears its head.  Tekken Mobile contains not one, not two but four different forms of in-game loot boxes that can provide everything from Shards needed to unlock new fighters, to free revive and healing items to rare Wanza cards and elemental crystals used to boost characters overall level. This means that as a player you are managing multiple stats per characters, your level of crystals on hand and an in-game gold currency used for purchasing loot boxes. The drop of in-game gold is quite low: 100 for a win or 25 for a loss but since rounds can take as little as 20 seconds – you can earn a box in about 30 minutes of game play. Tekken Mobile wants you to fork over real world cash for an arbitrary gem currency for randomly generated items you have no control over, but you’ll never find yourself hitting a content wall unless all of your fighters die and you run out of revival items.

Tekken Mobile has quickly become one of my most played iOS games in the past few weeks – easily eclipsing long-time installs like Pokemon Go. Rounds are short enough that completing a single round campaign mission or a three round Dojo match can be done while waiting for the bus or standing in line at the supermarket. Once I acquired a number of fighters and leveled them up extended gameplay sessions were possible – the other morning I spent 45 minutes battling it out against the CPU before all of my 1 star fighters were retired.  Whether or not you’ll get enjoyment out of Tekken Mobile will probably depend on how much RNG loot boxes and fighter countdowns you can stand before uninstalling the game or forking over some cold hard cash for gems. I’ve probably sunk a good ten hours into Tekken Mobile and haven’t paid a cent. Complaints about the loot boxes and limited roster aside I’m impressed with the surprisingly functional combat system and this game is probably the closest a Tekken portable title has ever come to capturing the aesthetic presentation of modern entries in the franchise.