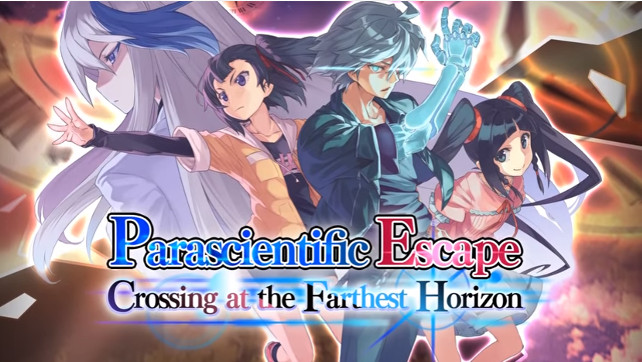 In the game you’ll choose from the two previous protagonists: Kyosuke Ayana and Hitomi Akeneno, and proceed with the separated stories on the stage of Latoua City, escape from three prisoned rooms!

Months after the luxury cruise ship explosion case, the girl with two psychic powers, Hitomi Akeneno, has engaged in saving people with the psychic research facility, ZENA, is struggling to strengthen her abilities.

At the same time, the detective with an artificial arm that has the ability to change the past time, Kyosuke Ayana, has just received the information that, Ritsu Kamiji, the person concerned with the serial killer case in Camellia Hills, would probably make some trouble in the small country of Eastern Europe, Witsarock. To stop the potential disaster, he set out for Witsarock.

No word yet on just when this game will see a release.