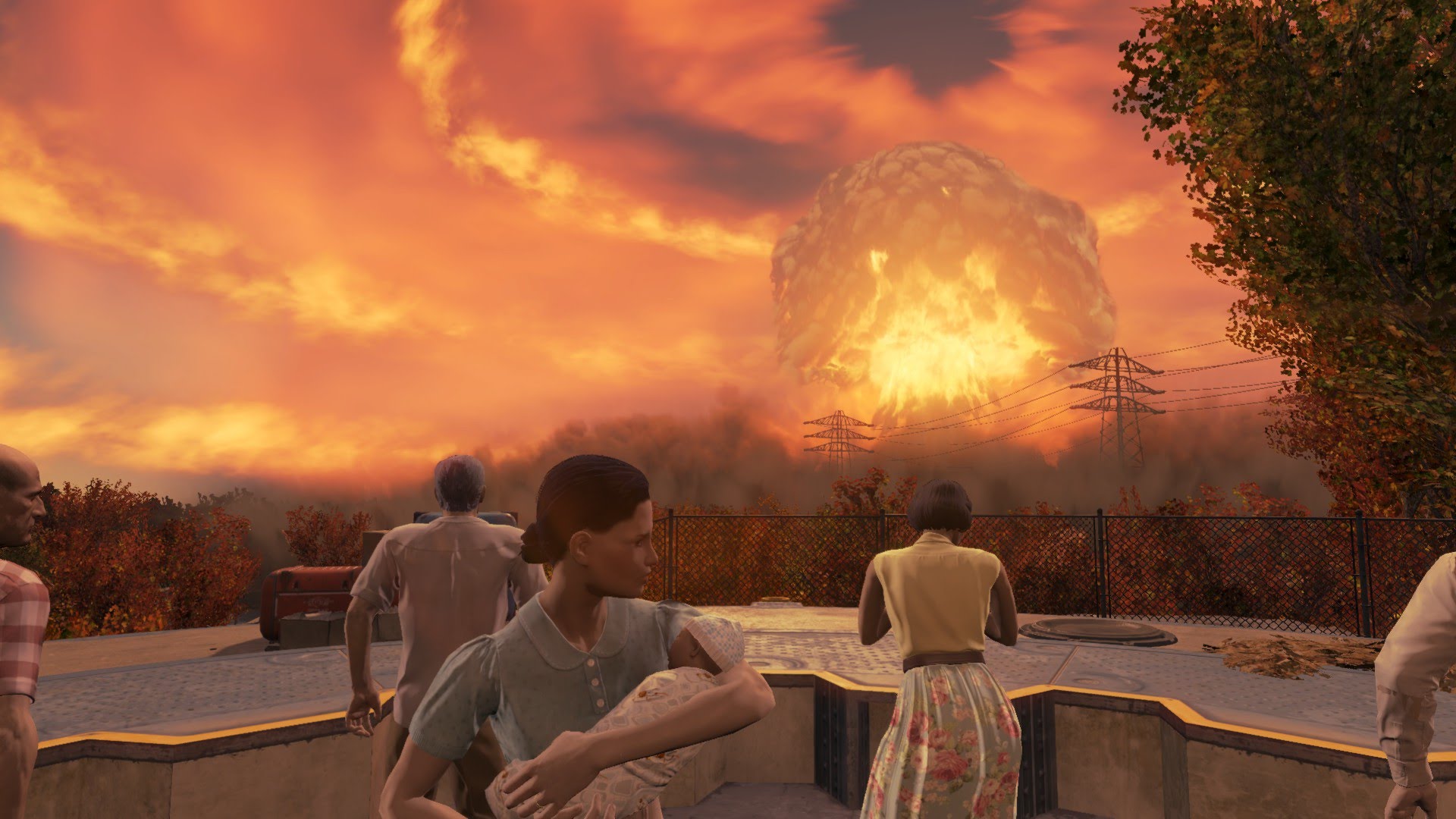 Back in the winter of 2015 Bethesda released their sprawling open world RPG, Fallout 4 to critical and commercial success. Azzuen O’Connor discovered the series in the past couple of years and after playing through the likes of Obsidian’s Fallout: New Vegas and catching up on Bethesda’s latest has quite a few critiques about the game. Read on to find out about her journey through the world of Fallout and how the removal of item repair, some narrative flaws and an overabundance of power armor show just how far Bethesda dropped the ball with Fallout 4.

When I first heard Ron Perlman speak these words when booting up Fallout: New Vegas on my Partner’s Xbox 360 I was hooked. Yes, the voice acting for Mister House was bad. But to be fair this was one of my first times trying out a AAA game title in a very long time. And you know what? I LOVED IT. The characters were memorable and you had a clear final objective – find out who shot you, get revenge on the man in the checkered suit and explore your own story along the way. 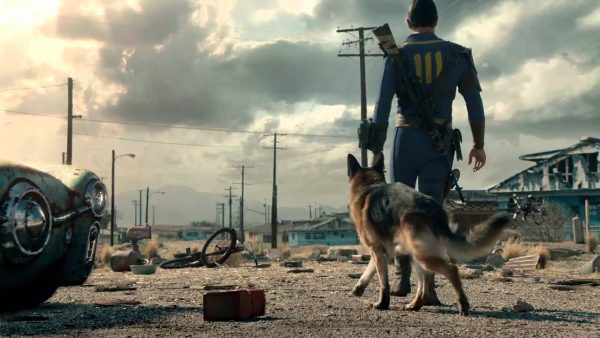 Now, this may seem odd, but I’ve always enjoyed large scale games that have featured weapon durability – allowing you to repair and maintain your weapons, armor, and equipment. It greatly adds to Fallout’s sense of immersion, allowing me to stay in the game’s world. Yes, I know I’m playing on my couch in my apartment, but still, just like in real life your weapons won’t always be in perfect condition all day every day. You need to clean them, fix them and maintain them.

Hyped To Finally Explore The Wastes On My Own PC

Now like many Fallout fans and my friends I was HYPED for Fallout 4. I thought this was going to be the best damn game out there. Now I did buy the game for myself eventually on the advice of my brother that Amazon was having a New Year’s sale.

I was so excited to start to play it but soon after opening the package, I found out that the little card that came with the disc was a retail key for steam. I nearly cried at the mandatory 40GB install. This was the first time in my 26 years of living I saw a Triple-A game being maxed out on a PC I owned, not on loan, not “borrowing a friend’s pc for a bit. “No, I owned it this was my baby to do with as I please.” I booted it up and was amazed that MY PC could run Fallout on ultra – albeit slightly disappointed they didn’t bring back Ron Perlman for the voiceover for the iconic introductions that I had grown to love since discovering the Fallout series. 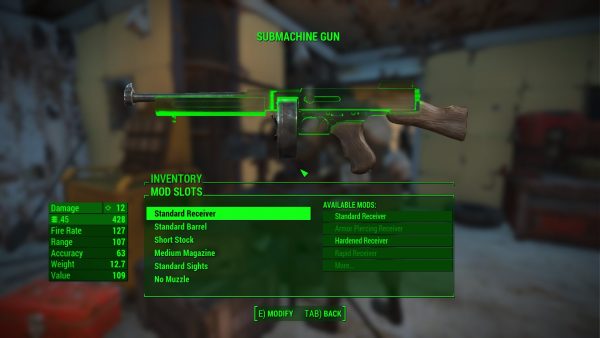 Modding weapons in Fallout 4 just like you can mod your own PC!  (Image credit: Youtube.com)

I started my adventure and was mildly shocked you started off in a pre- war setting. No worries after a quick Skype call with a friend and some advice from my boyfriend I worked out my stat points. Later on in the story, after I ‘woke up’ from cryosleep and got my first weapon (I think I got the baton first then the good old trusty 10mm), it was time to begin exploring the world, which would be made ever more interesting with no official governing body controlling the post-apocalyptic United States.  I figured “meh explore some chat with people loot kill etc.” My first encounter involved a few really nasty bugs (the software kind, not radroaches) – some floor tiles weren’t there, causing me to get stuck in odd areas a few times. But still, I made it into my old town where I met good old Codsworth. After some conversation with the robotic butler, I was told: “go forth and find the Minute Men”. 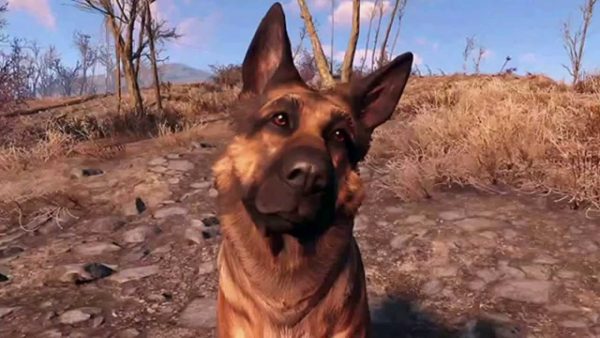 I also first met the most iconic dog in recent memory, Dogmeat. Now I must say I do enjoy the fact that Dogmeat is not just a silly looking face, he can attack and he can carry stuff. Awesome! So, I go forth and find the Minutemen where they’re being attacked by raiders, standard RPG cannon fodder. Kill them rescue the good guys be the hero you know the drill by now. So afterwards I find out we’re stuck here because of one big mean and ugly Deathclaw. “Okay” I thought to myself “this is just going to be one big ugly dude kill him but find out he’s very nerfed you just started, after all, Bethesda usually doesn’t throw you to the wolves so fast.” NO you get power armor, from the get go? This is odd… I thought in most previous iterations of Fallout you worked your ass off to just get a glorified suit of medieval plate armor, maybe they’re giving you the old “here have this taste of power for mere moments before we whisk it away from you.” Nope, that was yours to keep and do your thing with.

How Far Did They Drop The Ball?

Previous Fallout games encouraged you to explore, to do your own thing and to try different types of character builds. The issue was, through, in my eyes, Fallout 4 HEVELY encouraged you to go with the power armor – even so far as providing you a functional power armor set early in the campaign. Another glaring issue is that the main campaign revolves around your character’s quest to save Shawn, your kid. But yet you didn’t really develop a connection with him. You saw him for maybe at most two minutes in the pre-war introduction sequence.

This is when I asked myself: “But why do I need to save Shaun?”

To which the game’s narrative responds:  “Well, he’s your kid.”

Finally, I ask myself (and by extension the game): “Kay. But I didn’t really know him, shouldn’t I focus more on finding out who killed my wife?”

I get where they were going with all of this, Bethesda wants the narrative to appeal to your parental instincts to save your child. Your child is the future, in contrast, your wife is dead, game over, period end of statement. 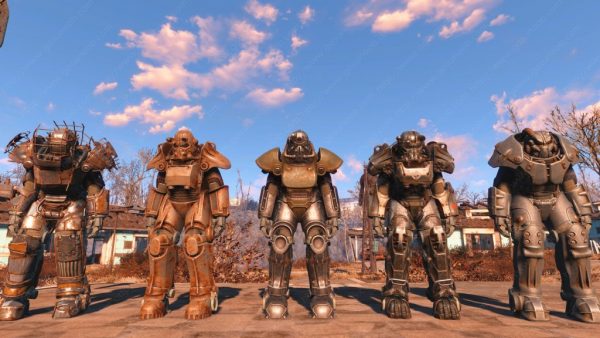 Coming back to the power armor there are more suits of power armor that are readily found throughout the Wastes. This kind of pushes your play-style towards power armor rather than the number of other options available. In previous entries I liked having to repair my items, needing to maintain them in the best possible condition, to make them as effective as possible. In my opinion, Bethesda focused more on making Fallout 4 an FPS-RPG (First Person Shooter Role Playing Game) or to be more specific, an FPS with RPG-like elements. They seemed to want you to focus more on the main quest to find Shaun, to be amazed at the shiny power armor and let me not forget to mention the settlement system where you build up your various bases and maintain them. With settlements, you need to populate them with NPC characters whose only purpose is to be maintained and possibly give you the odd uncommon item. 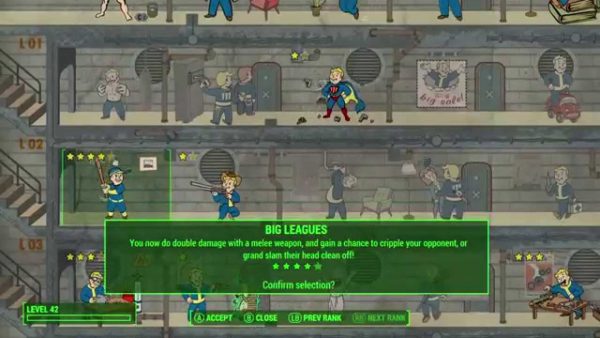 I mean sure all of this can get annoying at times, but when the developers remove key mechanics from the game at start; then modders step in and fix things up. Why did we all start to play video games? Just to have fun and get the best possible score? Or to get that one super rare item before any of your other friends did?  Was it to feel a deep sense of immersion in impossible worlds? So, how did Bethesda drop the ball on Fallout 4? A faltering narrative that focuses on the wrong major hook, giving players the power armor too soon,  forgettable settlements system and the removal of the durability system show that Bethesda dropped the ball pretty far on Fallout 4.