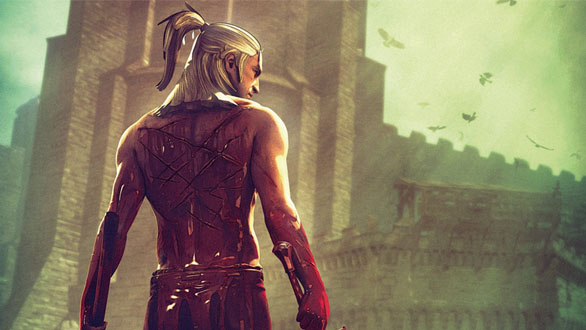 Blood of Elves (available from Hachette Book Group), the first full novel about Geralt of Rivia is a testament to how well written the games are. As backward as that statement sounds you need to remember that the novels came first. Written by Andrzej Sapkowski who began the tales in a submission to Polish sci-fi / fantasy magazine Fantastyka in the 1986. The submission was for a contest the magazine was running and Andrzej won third place! So while Europeans were first powering up the original Nintendo Entertainment System for the first time, an absolute legend in video game history was being born.

While I realize these novels are translations of the original Polish publications, there is no way to deny the tone that Andrzej clearly inspired in the games is here. Blood of Elves feels like you’re experiencing the third Witcher game specifically. The game itself is fantastic and should certainly be added to your collection if it’s not already. Wild Hunt, the third game in the series, conveys dialogue and story in a masterful way that really hasn’t been so perfect in video games before. Not only that but the combat and action flow beautifully, better than ever in the series. What is most interesting is how at home players will feel reading Blood of Elves.

The novel gets right to it, introducing you to many of the series characters within the first fifty pages. It also drops enough names to fill any seasoned player of Wild Hunt with enough familiarity to draw them right in. Again, it’s incredible to realize just how reversed these references are. This isn’t a novel doing a video game justice. It’s a talented writer bringing his world to life in a way that inspired one of video games greatest titles ever! We’ve all heard Doug Cockle’s excellent rendition of The Witcher’s gruff voice as he’s spoken the myriad of locations, names, and terms that series fans know and love. Having an understanding of those pronunciations makes the novel flow like butter when reading through conversations between the characters.

That doesn’t mean fantasy fans who aren’t into the games will be lost here. The book is well paced and eases readers into the world of The Witcher. References feel more like professional nods to various factions in other pop culture such as if you’d read a passing mention of the Empire in Star Wars without knowing who they are. It’s not a confusing jumble of terms and names, but instead a very well crafted acknowledgement of the world the characters live in making the novels worthwhile to read again for a deeper experience. Andrzej’s creation is well done and polished, even if this is a translation. It’s the spirit of the writing, the flow and overall storyboard that stand out. Much like the games, especially Wild Hunt, Blood of Elves comes across as a hidden gem that is clearly a blockbuster.

Much like The Witcher’s themselves, this series isn’t what it appears and within no time at all you can become familiar with it and see it for how amazing it truly is.

Want to see for yourself? Read an extract from the first chapter from Hachette Book Group!