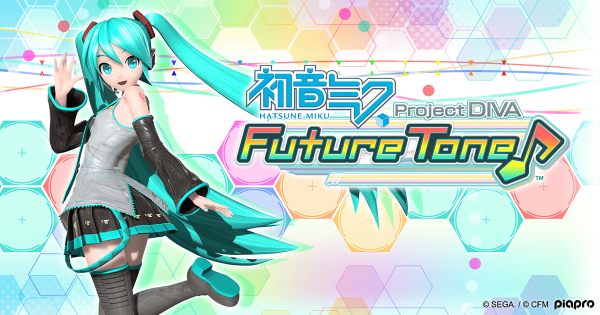 Hatsune Miku: Project DIVA Future Tone is an arcade style rhythm game published by Sega. Future tone may be the most comprehensive Hatsune Miku game ever published as it boasts 220 songs if you purchase the bundle that includes Future Sound and Colorful Tone, After the disappointing lack of songs in Project Diva X and overuse of exposition, will Future Tone’s sheer volume of music be enough to satisfy Hatsune Miku and rhythm game fans? Is imitating and porting the arcade version of Hatsune Miku games the right direction?

If compared to the disappointing Project Diva X, Future Tone makes a massive increase in number of songs from 35 to 220. Not only does it provide more choices in music, but puts on fan favorites and new music that has not been seen in any games prior. Even the tutorial song “Levan Polka” gets a the full version touch as it becomes part of the roster, which personally made me tickled inside. From previous games, you get ”Pinky Swear”, “Clover Club”, “Canterella” and of course “Wintry Winds” and there is even more new material than ever before including the “NyanNyan” song and “Beware of the Miku Miku Germs”. You will not get bored with the selection you get in this game. 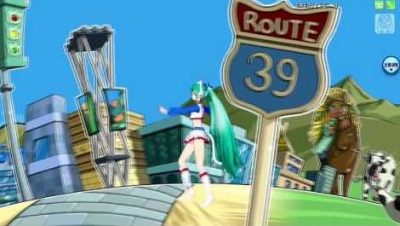 Modules also get a slight upgrade from Project Diva X, increasing from around 300-394 modules. What is also a positive change is the fact you can buy these modules with points you earn instead of having to unlock them slowly. You get a fair amount of VP points to spend after each song so collecting the various customizable looks is an easier task than previous ways of unlocking modules. In addition, you can also customize the hairstyle you want for the characters and can save an outfit for particular songs. 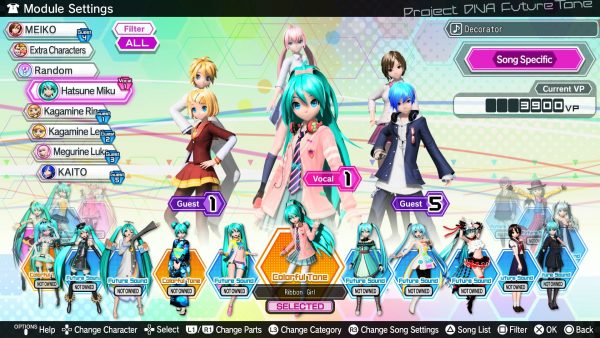 The gameplay has changed slightly from previous versions of Hatsune Miku games. Future Tone adds the use of all buttons on Easy mode instead of just the circle button and also makes use of the shoulder buttons on certain songs and slides instead of star notes. Modules also do not add any bonuses to your score like Project Diva X does and there is no gift giving in Future Tone. There is also no story as there was in Project Diva X and instead focuses on its Rhythm game. If you are looking to bond with the vocaloids or interact with them, this may be something to consider. For those looking for a strict, arcade style rhythm game, it definitely offers more than previous games. One flaw that still exists with these series of games is the distracting videos that play in the background. Many times its flashing images, bright colors and colors that frequently match the buttons can hinder gameplay even if the videos themselves are enjoyable and may hurt your score if you can’t block the distractions out or see the buttons properly. 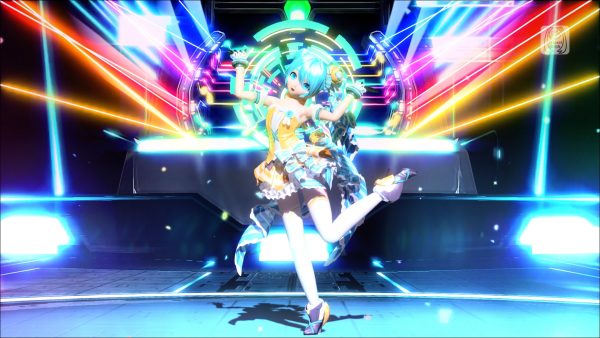 Overall, the song choices are impressive and enjoyable and the customization has shown improvement. If you are craving Miku, her music and a solid rhythm game, this is worth the price of admission. If you are a player that is looking for more interaction with the vocaloids or story, then if may be worth it to look to past Hatsune Miku games that offer story, mini games and gift giving. Hopefully, DLC will be added to Future Tone down the line, adding to the longevity of this game and keep the game enjoyable for a while. This game offers a rich arcade experience and will hopefully only expand. If you like J-Pop, Vocaloids or Rhythm games, definitely give the demo a try as it is available for free in the Playstation Store along with the full version, if it doesn’t entice you immediately, wait for a possible sale in the future to try out these tones.