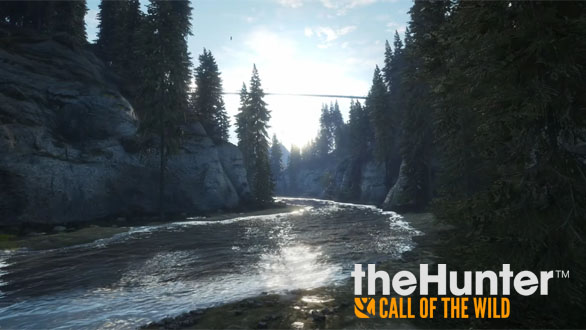 Continuing our coverage of Expansive Worlds beautiful woodlands simulator that I’ll be wandering through soon, we have a new trailer highlighting the Layton Lake district of the reserve. The hunting simulator which promises to be very immersive and detailed will feature a huge landscape for gamers to explore. Obviously the main goal is to track animals for sport, however the scenery is just too wondrous to ignore.

Built on the engine used in Just Cause 3, theHunter: Call Of The Wild boasts some very impressive visuals. Especially for an open world game. We’re eager to dive into the actual gameplay aspects but it’s hard to ignore the subtle things from this trailer. Even the nod to multiplayer at the end shows the group of hunters flattening out tall grass as they progress through it. Is this just cosmetic? It’s a nice touch.

With less than a week until launch, theHunter: Call Of The Wild is promising to be an ambitious title!