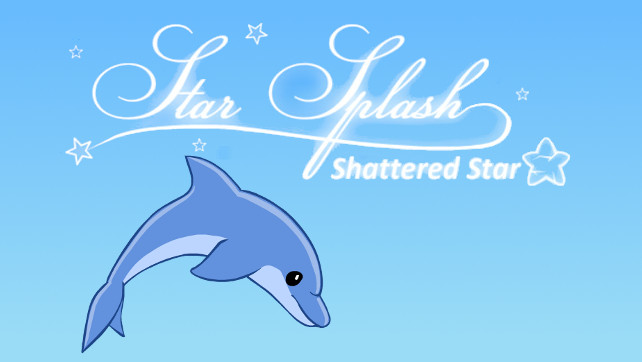 A cute new game is coming to the Wii U eShop this week in Star Splash: Shattered Star. In the game from Snails Animation / Snails Arcade you’ll swim, jump, dive and dash to save the world with your acrobatic dolphin skills!

The celestial Mother Star brought balance to the planet for millennia. But because of an evil creature, it is now shattered into thousands of pieces. A courageous dolphin must find the pieces to reconstitute the Mother Star and defeat evil to prevent world devastation!

In Star Splash: Shattered Star, you must do all sorts of well timed, precise acrobatics to collect stars in over 30 levels. Swim through the seas, jump high in the air, and dive & dash at high speeds to save the Mother Star or compete with a friend in 2 player mode and see who catches the most stars!

The game has some of the serene look and feel as the Ecco the Dolphin series from SEGA, though the game does look a bit more like it features on rails level progression.

Check out the trailer for the game below. It will retail for $3.99 CAD.