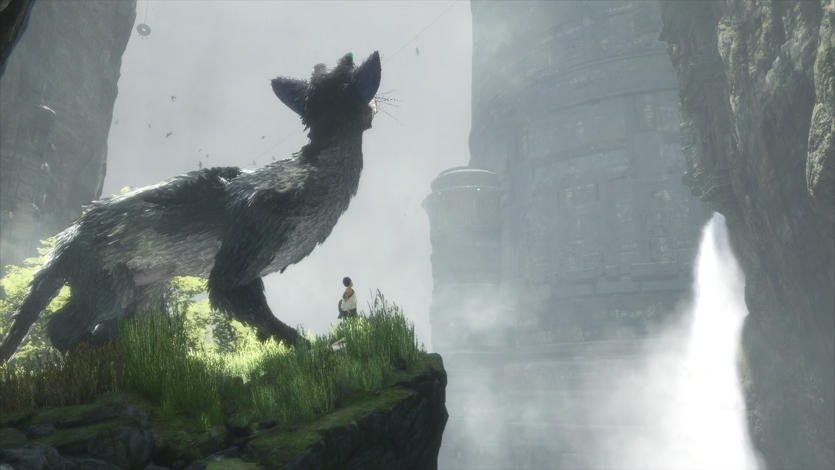 At long last, The Last Guardian has arrived at us after a long, patient wait. This game – brought to us by genDESIGN and SCI Japan Studio has faced many challenges in getting to the public, but thanks to the consultation of members of Team Ico, even after leaving Sony, the game that was assumed to never be reaching store shelves has become a reality. As a fan of Team Ico’s work, I was highly excited for this game and even counted down the days until I could play it. I braced myself for the artistic beauty, heart-wrenching story and atmosphere to spare and a style that only Team Ico could create. Now that I have thoroughly played through the game, the question is, was it worth the ten-year wait? 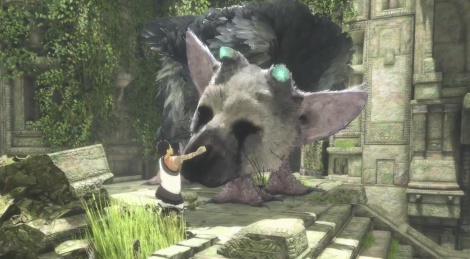 The Last Guardian transports you into the narrative of a man looking back on his time with the unique beast, Trico and his relationship with him and the bond they shared during their time together. The unnamed young boy wakes to find himself covered in tattoos that were not carved into him before, in any unknown castle type building and on top of that, with a large, injured beast he calls Trico. He gains the beasts trust by helping heal his wounds and feeding him to help him gain strength. As Trico begins to trust the young boy, the two of them join together to escape their captivity and form the most unlikely of friendships. Trico will eventually learn to listen to your commands, help you out with tough enemies and you will even help him get out of a few tight spaces too. It is this bond and this adventure that will make you fall in love with this game, especially if you already loved Ico and Shadow of the Colossus. This bond is very reminiscent of the bond formed with Yorda in Ico or Argo in Shadow of the Colossus and that makes the story all the more emotional and enchanting. This adventure and love between the boy and Trico will keep you invested and entranced despite the game’s shortcomings.

Even when you love a piece of media, it is important to still acknowledge and accept imperfections and flaws. While this game is stunning and emotional and artistic, it definitely shows a ten year age. My problems personally were with the camera and commands for Trico. The camera often would swing wildly and zoom in on the young boy far too often when I was trying to navigate and in general, I found it too tightly focused on him and the camera would often twitch or jerk when I would climb Trico to get on his back. I found it hard to get the 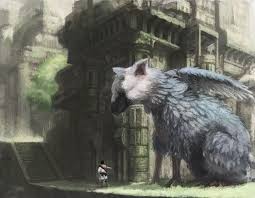 boy to go from clinging to something to jumping. He was desperate to hang on, as if scared to make the leap I was trying to make, While that was almost interesting, as I could imagine a young boy being afraid to be told “Hey, jump from Trico’s head to this high ledge that is clearly dangerous”, it was more frustrating because I was trying to make it to the next area. Trico would also cause me frustrating moments, as much like a real animal, it was almost a gamble to give him a command as sometimes he would listen, sometimes he would just sit there and give me a whine. I also found Trico slow to complete commands, making me give an audible sign on more than one occasion. As much as I loved Trico as a character, as an aid in gameplay, I felt he was unpolished and clunky to control.

Overall, if you can overlook some major flaws in this game, it was very much worth the wait. The story and atmosphere more than makeup for the mechanical problems and the characters are completely charming and the story emotional and engrossing. I was hypnotized despite my frustrations and would recommend this to any Team Ico fan or someone who loves emotional stories of friendship and overcoming the odds.