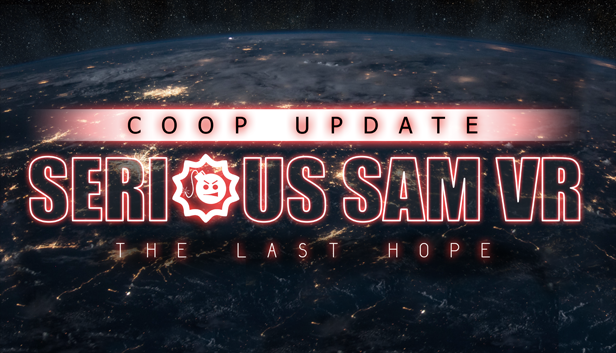 Serious Sam VR: The Last Hope the latest addition in the titular Serious Sam series has added a brand new online co-op mode with the game’s latest update.  Brought to Steam Early Access by series developer Croteam and Publisher Deep Silver – this newest update is the first for the game since becoming available for purchase.

The Serious Sam experience in VR is all about fast paced dual wielding action as players take down hordes of enemies either alone or with a friend using the HTC Vive controllers or the newly released Oculus Touch controllers.  The current version of the game offers a number of different weapons including miniguns, tommy guns, large laser weapons, shotguns and other tools of feath that the series is known for. All told Serious Sam VR currently offers ten different weapons with two playable planets – each containing four different zones to spread mayhem within. Croteam are promising the addition of more weapons & planets as development continues.

Here is the game’s recommended specs:

Want to see it in action? Here’s the latest trailer: