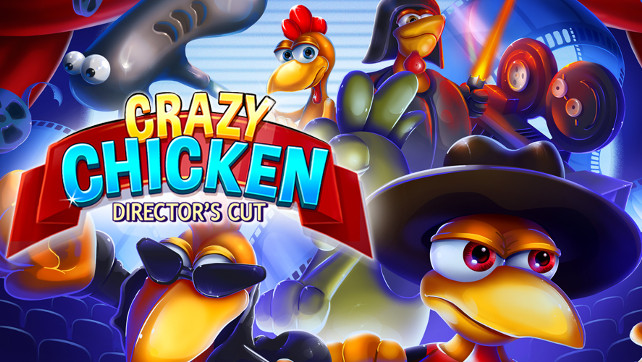 Teyon and phenomedia publishing gmbh announced on Friday that they have released Crazy Chicken: Director’s Cut in the Google Play Store. The action-shooter is now available worldwide to download for FREE.

The shooter is the latest game from Teyon to hit mobile devices and might look familiar. In the opposite of the trend the game is a port of one which was previously released in the Nintendo eShop. The game was released as a DSiWare title just over three years ago.

In the game you take position in the director’s chair, reload your shot gun and get ready for some serious shooting action! The crazy chickens have returned to Android in this brand new game with a totally new theme and game-play. Explore the backstage of a movie studio and go behind the scenes where all the action takes place! With limited ammo, hit your targets with precision and reveal all the riddles and secrets for bonus points! There are loads of achievements to collect as well as online leaderboards to top to keep you shooting all day long!

The free-to-play game features the same silly chicken shooting and creative environments, plus includes over 35 achievements and online leaderboards.

You can download the game on Google Play here.