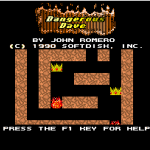 When I was younger, I played a lot of simple games. I clearly remember getting a CD with a collection of old games, including Dangerous Dave and Skunny the Squirrel games. In between playing Civilization games and Sims games and my NES, I played these quite often. These games weren’t the most sophisticated by any means, nor were they even great, but they made me smile and they were oddly relaxing and had short play times for when I wanted to play a game,, but didn’t have enough time to invest in a longer game (I was a busy kid with a bedtime, after all). After playing the Pirate Pop Plus, I can say, this game would have fit right in with those nostalgic titles I enjoyed in that obscure collection of odd computer games. It is not the most sophisticated, complex or story driven game, but it brought me a relaxing, enjoyable time.

Pirate Pop Plus is the newest title by 13AM Games, developers of Runbow and aims to recreate a classic arcade game from the late ‘80s. In this game you are the pirate, Pete Jr., who after waking up discovers that his arch nemesis, Bubble Pirate has trapped the local townsfolk in his devious bubbles. Pete Jr. must grab his anchor, and battle it out with Bubble Pirate to save the locals and of course, collect treasure. You pop bubbles without being hit and hurt by them all while being thrown off by Bubble Pirate’s anti gravity device that will send you flying around the screen. This is a game of endurance to see how long you can go and how many points and coins you can collect. You can use the coin to customize your portable game border. You can add stickers, change the color of the system, or you can try to test your skill on the “hyper” difficulty and see what new treasures await. You also can obtain weapons to shoot the bubbles more effectively and could save Pete Jr.’s life.

As far as simple games go, there are definitely worse games than this one. The gameplay was smooth with the exception of Pete Jr sometimes moving too fast or too far to make precise movem
ents and avoid bubbles or shoot my anchor correctly to hit the target. In spite of some flaws, this game still had me playing and trying to unlock my favorite colors and decals and even to see just how far I could go. Along with games like snake, Dangerous Dave and other repetitive simple games, this game is addictive. I feel some might get bored of the repetitive nature of the game and to some it may not be worth the money, as it seems like something to be played on the original Gameboy or an older cell phone, but for those who grew up with these types of games and looks back fondly on them, it is worth it for some quick, fun gameplay and cute pixel art. 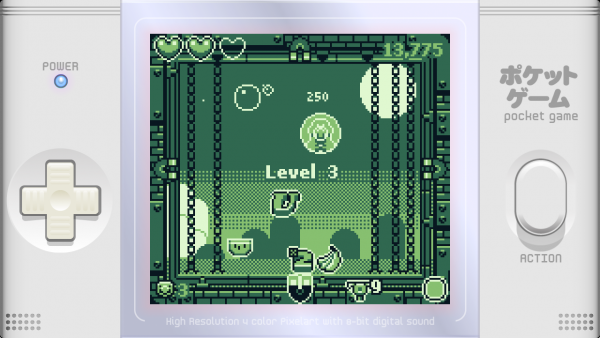 Pirate Pop plus may seem out of place in 2016, but it is a game that is addictive and entertaining for someone looking for a quick fix after a busy day. While it may not be to everyone’s taste, I had a fun trip down memory lane, back to those days I explored little unknown games that were unique and quirky. This game has beautiful art, a love of old arcade games and plenty of things to unlock and scores to beat to keep you playing. If you can spare the $5 on steam, Wii U or New 3ds and enjoy old arcade style games, I recommend it, but unless you are a fan of this particular type of game, it may be a pass in favor of something slightly more fulfilling.