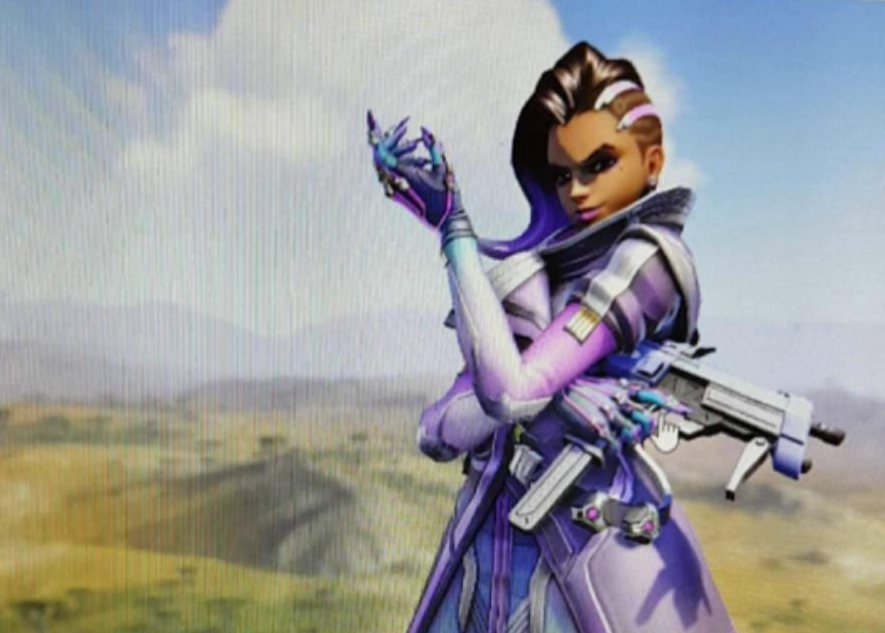 Remember that huge Overwatch leak from a few weeks back that confirmed Junkenstien’s revenge before its’ reveal and supposedly contained in-game character art for the mysterious Sombra? The character’s design has pretty much been confirmed thanks to an early leak of a Sombra art print that will be available on the Blizzcon Gear Store during next week’s convention.

The art piece in question was drawn by artist John Polidora who has worked as a Senior Concept Artist / Character Designer for Blizzard Entertainment since 2014 but he has been with the company in other roles since 2008. His credits include work as a character designer for Overwatch and modeling on World of Warcraft: The Burning Crusade and World of Warcraft: Wrath of the Litch King.

As for Sombra’s design – she’s shown wearing the same purple leatherish outfit complete with amazing sidecut and Uzis. She seems to be channeling some kind of energy into a large omnic like the ones seen in the background of the volskaya industries map, this has lead to players hypothesizing that she might control armies of the robots and her Uzi is simply for protection up close – not unlike Mercy’s blaster.

Here is the art that leaked: 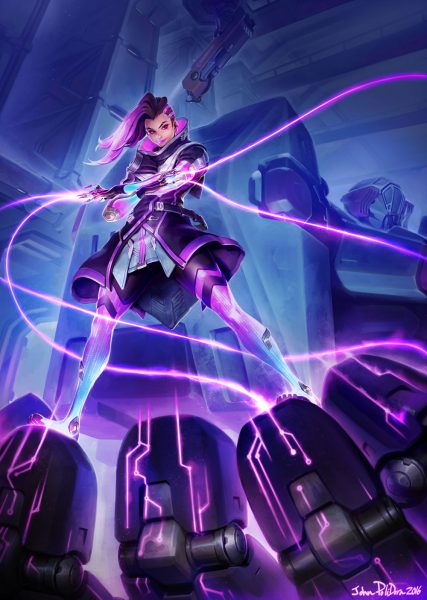 With the Halloween event ending today at 4PM PST do you think Blizzard will reveal Sombra tonight or wait until this weekend’s Blizzcon?