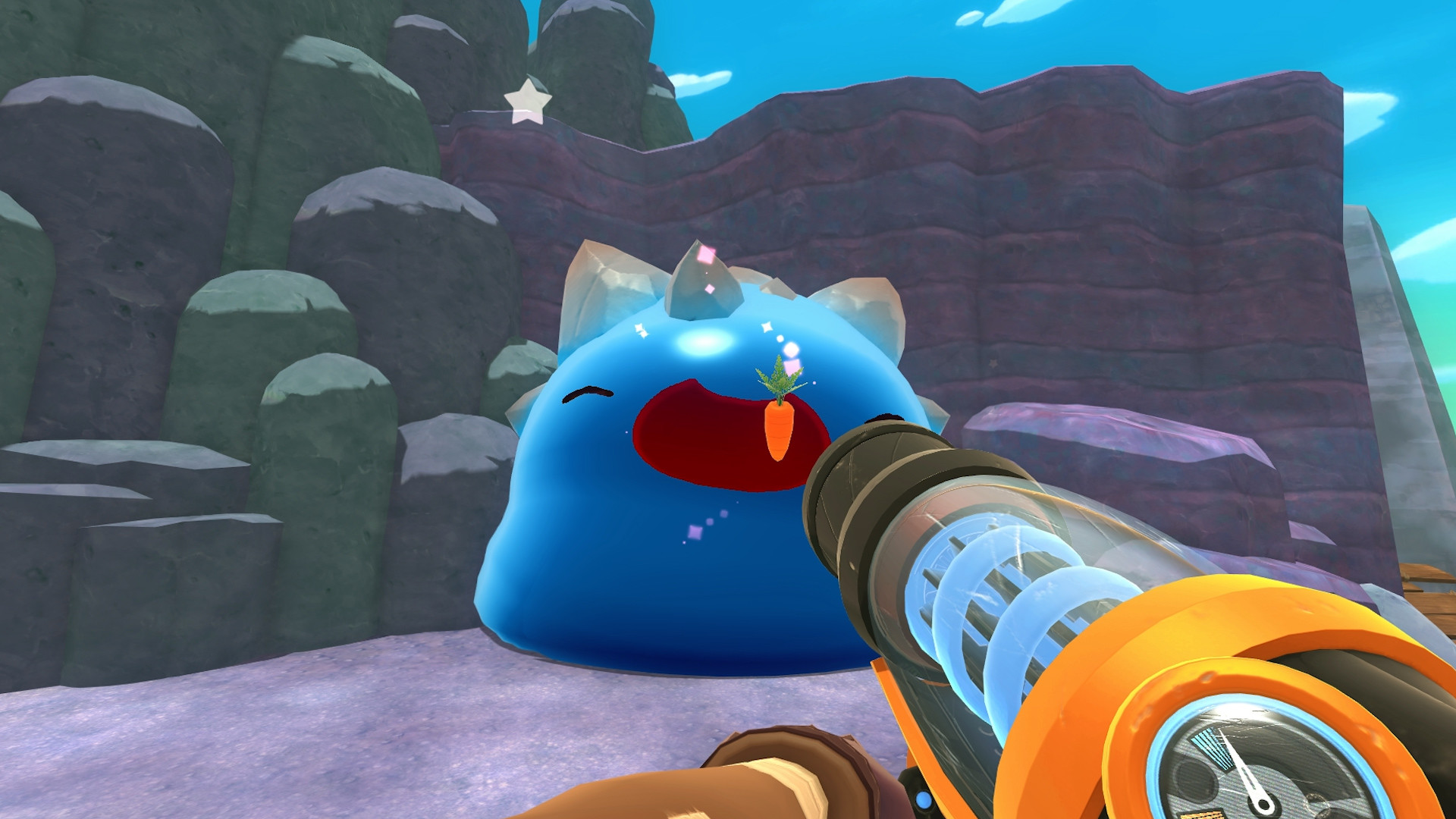 An isometric action RPG set in an apocalyptic time, Grim Dawn features hundreds of items & quests as well as a dual-class system allowing players to mix and match their play styles. The developers also promise that the quests in Grim Dawn carry with them some sense of consquence, so if you’re into impacting the world around you – this might be the game for you.

This is perhaps the most adorable game I’ve seen in quite some time – you take the role of an young slime rancher who dreams of making her fortune among the stars. After blasting off into the cosmos the player lands on a distant planet inhabited by all sorts of colorful cute slimes. Using her trust backpack this very much still green rancher must suck up, repel and collect the slimes to survive in this harsh environment.

Wrong Number is the sequel to the ultra-violent indie shooter that made its mark a few years back. This sequel wraps up the Hot Line saga with a brand new soundtrack, intense new enemy A.I, new weapons and some brutal challenges. Players will have to switch up their play style depending on the faction that they are taking on – this could mean approaching challenges differently or making use of the various new weapons in order to pave the way to victory with as many bodies as possible.

Build railways to connect cities by laying down track, building bridges or creating tunnels – don’t let the obstacles stop you and do whatever you have to connect your destinations. As the architect of the new railways you’ll have to manage congestion and demand for your services by installing switches, additional rails and other junctures to keep things on schedule. Train Valley features real-world scenarios taken from history like the North American Gold Rush and others. Players will travel across different time periods and all around the world as they visit Europe, Japan and other destinations.

These four games represent what I feel is the most promising of the seven new titles available via  Humble Monthly in October. Here are the other games that subscribers will have access to: