No release date were listed on any of the individual pages sadly, but you can add them to your Amazon.ca wish list for easy tracking. Here are the links for each figure / pack: 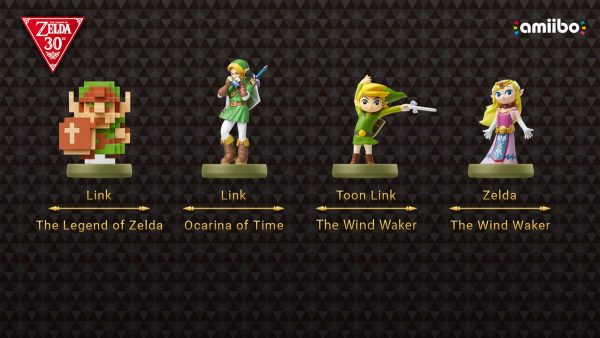 These 30th Anniversary Edition amiibo have also been confirmed to work with The Legend of Zelda: Breathe of the Wild when that game launches next March for Nintendo NX and Wii U.

Update: As noted on Nintendo’s official Amiibo site the release date for these figures is December 2nd 2016 in Canada. Thanks to a reader for pointing this out to us!