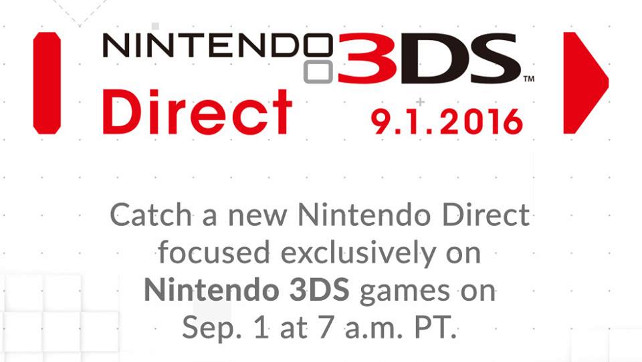 Nintendo announced today that they are hosting a worldwide Nintendo Direct focused on the Nintendo 3DS this Thursday. The video presentation will take place on Thursday, September 1st, 2016 at 7:00 AM PT, or 10:00 AM ET on the east coast.

The recently spotlighted #Nindies selection will also likely be a highlight, with a game a week planned for the month of September and several more games on the horizon.

The Nintendo 3DS Direct can be watched at Nintendo’s website as well as on Nintendo’s Twitch channel.