SEGA is officially returning to the PAX West show floor later this month with a line-up of upcoming titles. Attendees won’t have to scheme with Dr.Eggman to get their hands on the latest the publisher has to offer as multiple titles from Sonic Team, Creative Assembly and other SEGA developers will be on hand.

It looks like SEGA fans, like myself, will have a lot to look forward too from September 2nd thru the 5th. Here are the official descriptions of each title from SEGA:

Endless Space 2 is a turn-based, 4X space-strategy game that launches players into the space colonization age of different civilizations within the Endless universe, following the award-winning original Endless Space. Endless Space 2will feature eight playable major factions, each with their own asymmetrical gameplay, storyline, spaceships, heroes and technologies.

Sonic Mania is a completely new title and plays homage to the iconic Zones and Acts from previous classic Sonic titles by adding in new elements and Easter Eggs that will surprise and delight players. Additionally, it adds in never-before seen Zones like the recently debuted Studiopolis level along with three playable characters and new enemies into the mix. Sonic Mania is being developed by PagodaWest and Headcannon along with Christian Whitehead. Head of Sonic Team, Takeshi Iizuka and SEGA of America are offering development support. Sonic Mania will be a digital download and will be available for PlayStation® 4, Xbox One and PC in Spring 2017.

In Dawn of War III you will have no choice but to face your foes when a catastrophic weapon is found on the mysterious world of Acheron. With war raging and the planet under siege by the armies of greedy Ork warlord Gorgutz, ambitious Eldar seer Macha, and mighty Space Marine commander Gabriel Angelos, supremacy must ultimately be suspended for survival. 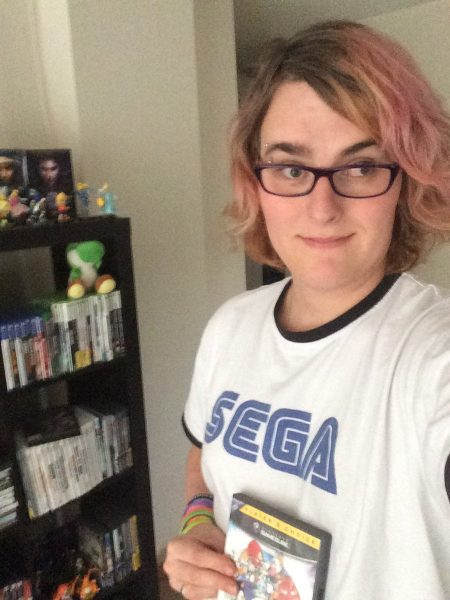 To say that I am prepared to visit SEGA’s booth is an understatement. As one of the gaming staples of my formative years SEGA has held a special place in my gaming heart. I’ll be sure to bring you as much coverage as I can from their booth as possible!